The first two episode of Homeland have been solid and stupidly, I let myself believe that things had changed with the show. The biggest crime of the series has been the horrible treatment of Carrie Mathison, or more specifically, the treatment of her illness.

I’m not sure if it’s that the writers think the show is boring without “crazy” Carrie or if at this point they’re in too deep with her character and think it’s necessary, but either way, it’s gone too far. Labeling Carrie’s bipolar disorder as a “super power” is a monumental disservice to her character and to anyone who suffers from the disease.

Carrie has been at her best this season when she’s vulnerable but still moving forward with what she knows to be the right decision. Through four seasons, Carrie’s instincts have almost always been spot on but for whatever reason, there seems to be this wall the writers hit where they feel like they haven’t hit their Carrie crazy quota yet in a season and so instead of having her follow those good instincts, she’s made to look insane to create conflict.

That’s exactly what happened in last night’s episode, “Super Powers.” Things aren’t going well for Carrie. Someone tried to kill her in Beirut and because of that she has to send Frannie back to the States to keep her safe. It’s a sad moment for Carrie, watching her daughter sent away, and I felt for her. But even more, I was blown away by the support system she’s made for herself in Berlin. With Jonas and Otto During at her side, Carrie was struggling, but she wasn’t alone. That’s not something Carrie has had since…well, ever. 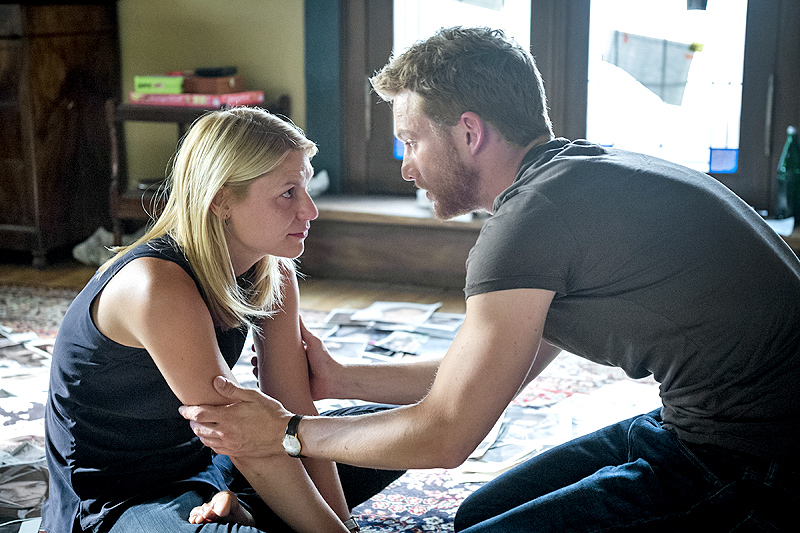 It’s not that I thought such support would last forever, especially not in a show as chaotic as Homeland, but I didn’t think it would all crumble to pieces because Carrie would willingly go off her meds in an attempt to find out who’s after her. In the first two episodes, Carrie seemed to be in a good place, a place where she understood her limits as a person, a place where she would know that going off her meds could only end in disaster.

So far in the season she’s managed to handle a near fatal trip to General Alladia Camp, remain in charge when nearly blown up, and also save During’s life in the process. Carrie has been headstrong, compassionate, and resourceful in the face danger and she hasn’t need to go off her meds to do so. Instead, I would have thought that having two years away from the CIA would have allowed her to learn how to cope with being on the medication. Instead, all of that hard work and development has gone out the window, completely negating her growth in the previous two episodes.

Here’s the problem with Carrie going off her medication: without her doing so, what part of the story changes, truly? She can still approach Jonas for help, look for who would want her dead. Reeling from the immense guilt of all those she’s killed, she can still have an emotional and religious epiphany. Jonas sees her in a new light, with faces to match the all-too-high numbers. And in the end, they can still argue over the safety of his son, bringing Quinn to her doorstep. Making her medication the highlight of all these moments exacerbates the drama and thus, makes what should be pivotal moments for Carrie’s character a caricature of what she’s really feeling.

I appreciate trying to see the moment through Jonas’ eyes. At first he seems understanding and almost aloof toward the situation. He cannot fathom how truly awful she can be. He’s as shell-shocked as we, the viewers, are when Carrie goes into full-blown maniac mode. And if that’s the jump that Carrie and Jonas really need to make, then fine. I’ll accept it if it’s necessary for the sake of the story. But Carrie has learned so much from her time away from the CIA, she hasn’t fallen back on any of her other tendencies; she didn’t give in to Laura Sutton or even Saul. She’s found ways to cope with her new life and it only makes sense that she would have at least tried other avenues to learn about her attacker before diving head first into the point of no return.

Most importantly, I don’t know if I even want to go into how damning it is to label untreated bipolar disorder as a “super power.” Carrie is a capable, intelligent, strong, independent woman who also happens to be bipolar. It’s just something else that she has to face and overcome. Why the writers feel the need to use it as a plot crutch is beyond me, but it’s insulting.

@theworkprint
Follow
Previous article
Ranking the Best of Bond: The Henchmen
Next article
The ‘Star Wars: The Force Awakens’ Trailer Has FINALLY Arrived