Ranking the Best of Bond: The Henchmen 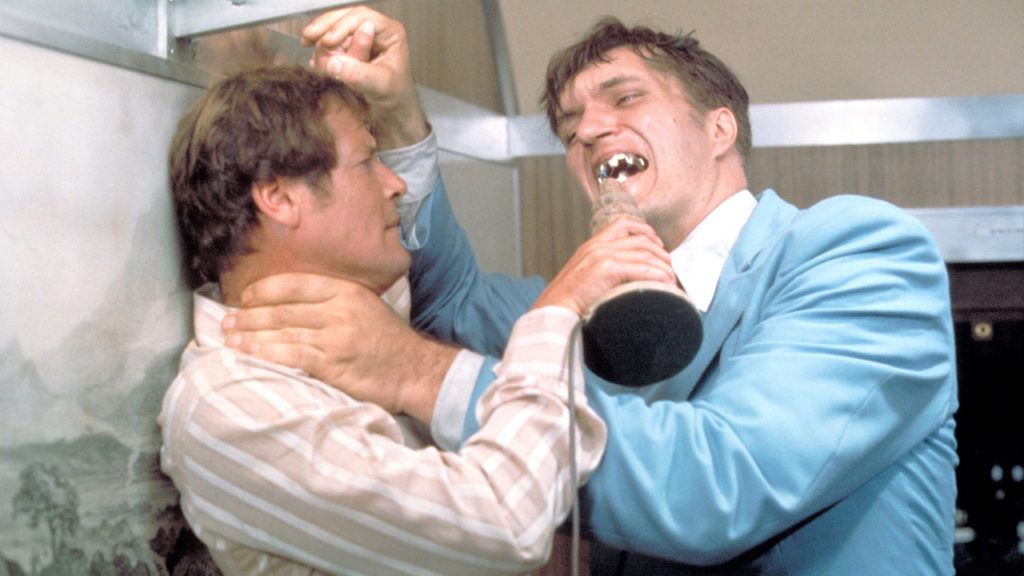 With the latest James Bond thriller, SPECTRE, set to explode onto movie screens on November 6th, The Workprint is doing its due diligence to rank the characters of this longest running franchise in movie history. First, we tackled the Bond Girls. Then we ranked the Villains. And now it’s time to size up the men and women who help the villains get shit done: the henchmen!

More often than not, a good James Bond movie henchman can be more memorable than the film’s top villain and this list definitely has more than a few of those. But then there’s those at the other end of the list… 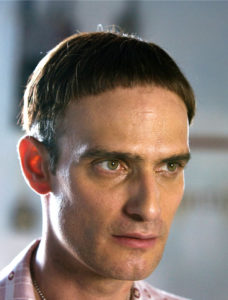 Bond’s Method of Disposing Him: Blowing his ass up with a gas tank.

Just look at this guy. Who ever thought he was going to be a formidable opponent to 007? 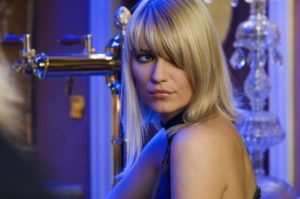 This little minx worked for LeChiffre and almost took Bond out by poisoning his favorite drink! She got closer to killing him than just about everyone else on this list but we knew too little of her to actually give her the credit.

Bond’s Method of Disposing Him: Dropping from the top floor of a Shanghai skyscraper.

Okay, let’s be honest. The Daniel Craig Bond films have yet to have a single, memorable henchman. This one from Skyfall ranks above the other two only because he actually posed a physical threat to Bond. It’s notable but isn’t anything that would help you pick him out of a lineup. 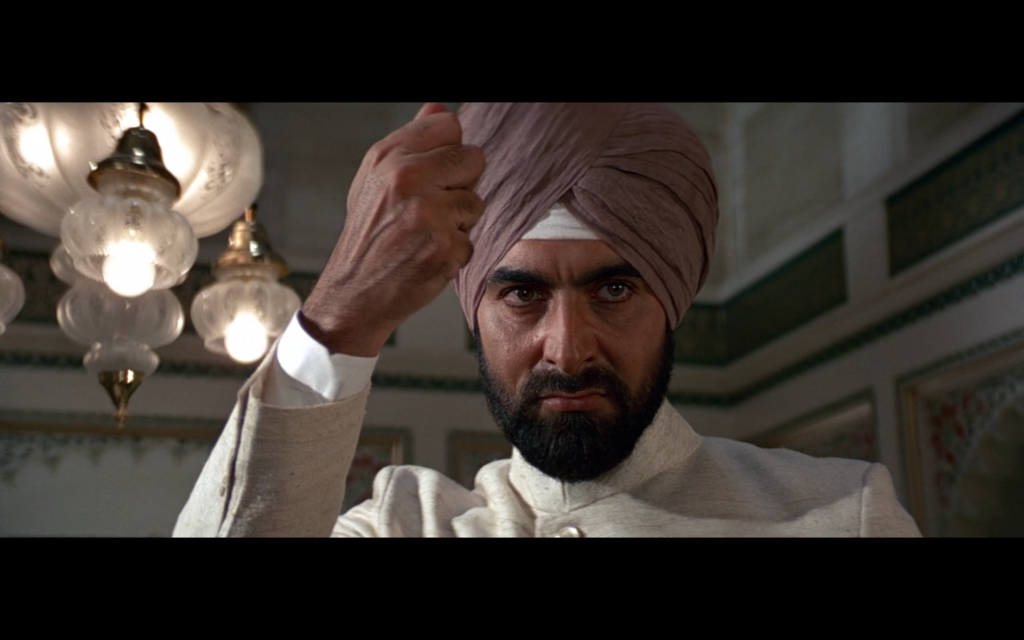 Bond’s Method of Disposing Him: Sending him flying after a tussle on the OUTSIDE of a flying airplane.

Gobinda scores a few points for getting some racial diversity into the ranks of Bond henchmen but his angry stares and knack for crushing dice with his bare hands hardly rank him as one of the best. 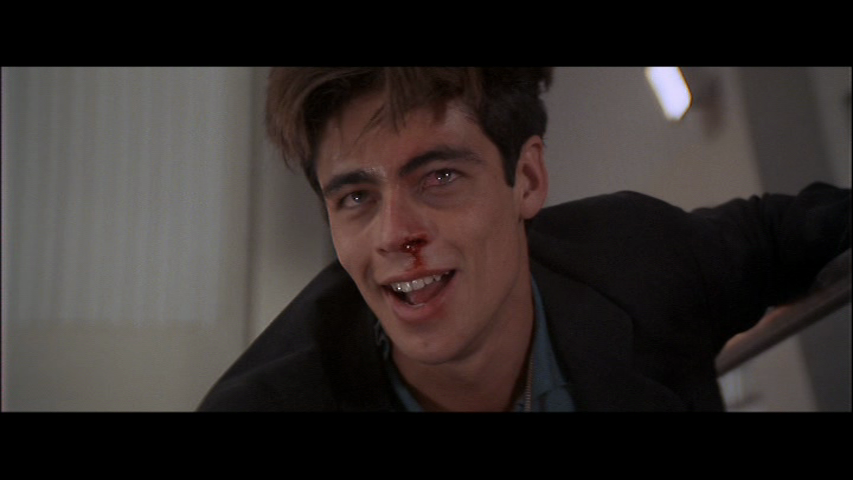 Bond’s Method Disposing Him: Dropping him into the whirling blades of a cocaine shredding machine.

Benicio del Toro as a Bond henchman?! It sounds way too good to be true but he’s never really given much to do other than give menacing looks to make this casting coup worth it.

17. Locque (Michael Gothard – For Your Eyes Only)

Bond’s Method of Disposing Him: Kicking his wrecked car over the side of a cliff.

This henchman is a case of appearances not matching deeds. He’s pretty lethal but look at him – he looks like a high school science teacher! Not exactly fear-inducing. 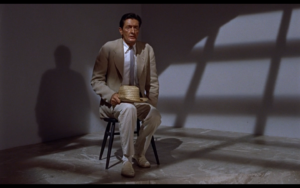 Bond’s Method of Disposing Him: A nice, cold-blooded bullet.

As henchmen go, this scrawny old man doesn’t exactly inspire a ton of fear but he put a tarantula in Bond’s bed AND later tried to shoot 007 in his sleep! Do you think he realizes you can kill people outside of the bedroom?

Bond’s Method of Disposing Him: Trapping him at the hot end of an exploding cruise missile.

This blonde hunk of a man added some unexpected male eye candy to the film but let’s be honest – he was a total douche bag. 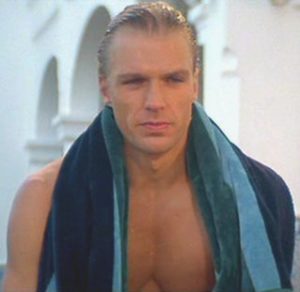 Bond’s Method of Disposing Him: Sending him flying after scuffling on a writhing cargo net in midair.

Yet another blonde stud muffin with pecs for days. This one wins out for his exploding milk bottles and Walkman strangulation method.

Bond’s Method of Disposing Her: Blofeld beats him to it by dumping her into a pool of piranhas for her failure.

Normally I’m a fan of feisty, ginger, German chicks but this one suffers a bit for her lack of logic. First, she allows Bond to think she’s going to help him only to put him on a plane and then jump out of it leaving it to crash with 007 still inside.  Why waste a good plane when you already had Bond tied up? She unfortunately deserved that dip in the piranha pool. 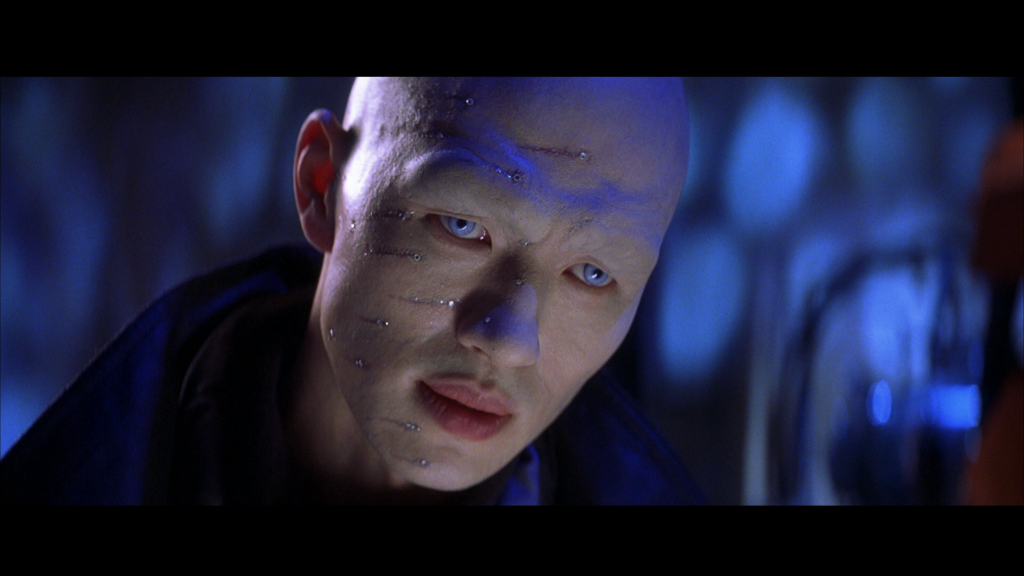 Bond’s Method of Disposing Him: Shooting an ice chandelier and causing it to fall onto him in the melting ice palace.

Anytime Zao speaks he loses major, major points BUT Rick Yune was kind of a dreamboat and having diamonds impacted in his face is the kind of ridiculously fun thing that can make a Bond henchman truly memorable even if it is totally silly.

Bond’s Method of Disposing Them: Mr. Kidd is set aflame while Mr. Wint is blown up with a bomb tied between his legs.

Can we just stop and reflect for a moment how cool it is that the producers of the Bond series were totally fine throwing in a gay couple as assassins all the way back in 1971? Sure, they’re a little over the top and don’t seem at all threatening on the surface, but this concept blows my mind and they’re pretty amusing to boot…in their own cheesy way.

10. Nick Nack (Hervé Villechaize – The Man With The Golden Gun) 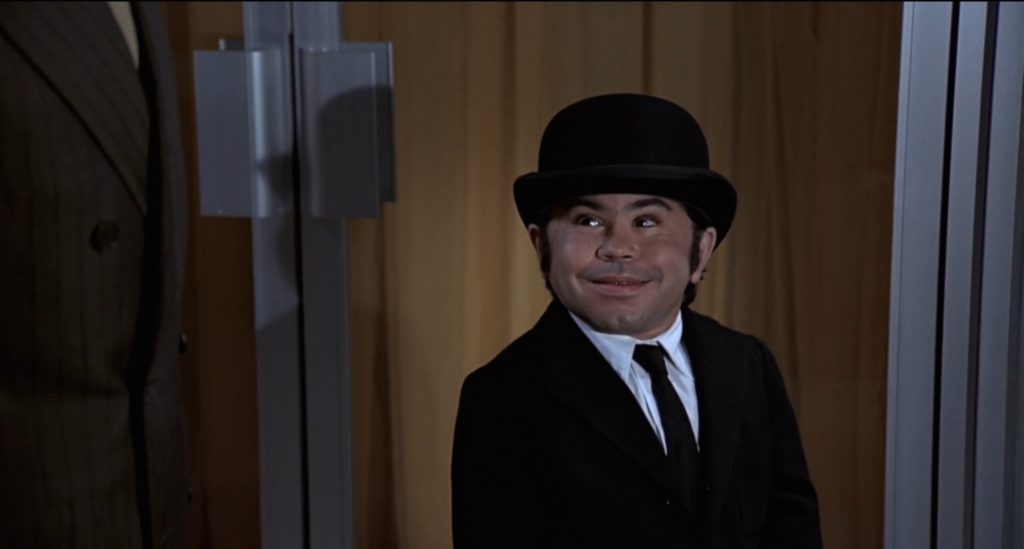 Bond’s Method of Disposing Him: Stuffing him inside a suitcase.

Although Hervé Villechaize would become more famous for screaming, “De plane! De plane!” on Fantasy Island, his turn as Scaramanga’s right hand man made for memorable Bond henchman stuff. Not only was he a loyal servant willing to dress up like a garden statue, but he could cook a mean dinner as well! Gotta admire someone with multiple talents.

9. Renard (Robert Carlyle – The World Is Not Enough)

Bond’s Method of Disposing Him: Impaling him with a plutonium rod in a nuclear submarine.

Though advertised as the film’s main villain, Renard definitely plays second fiddle to mastermind Elektra King with whom he shares a passionate love. But what really makes this lovesick terrorist a cut above the rest is that pesky bullet lodged in his brain that makes it impossible for him to feel pain. The film doesn’t fully explore the potential awesomeness of this feature but it’s still a fun idea that makes him a little more interesting than some of his peers. 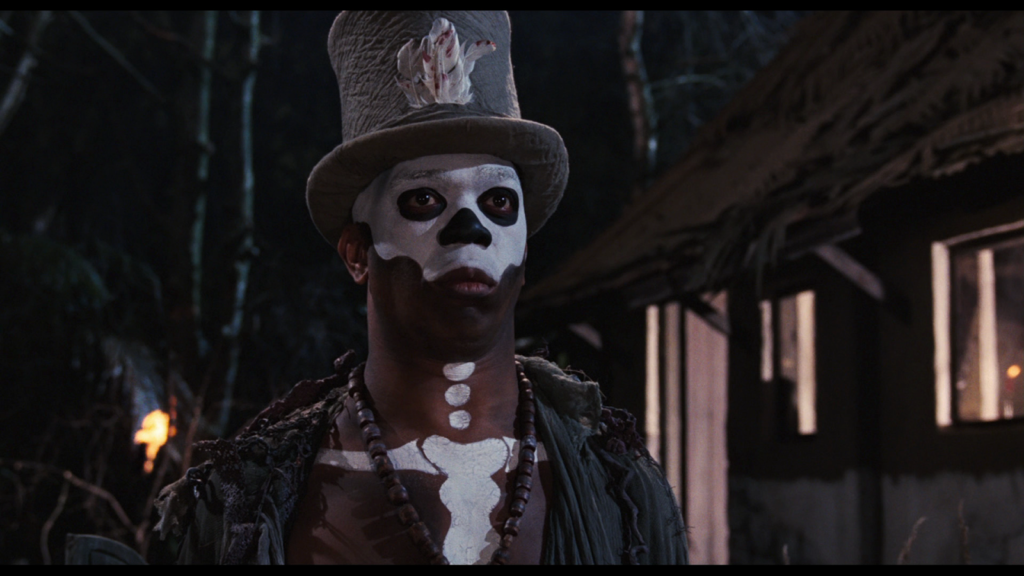 From a purely visual standpoint Baron Samedi is one of the most exciting and unique characters in the whole Bond universe. The wild costumes and fanciful makeup make him one of the most compelling looking villains in the series’ history. He unfortunately isn’t given enough to do within the story though to warrant moving any higher on this list. 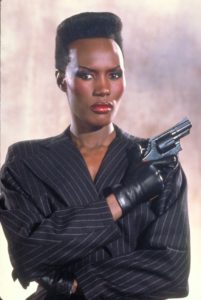 Bond’s Method of Disposing Her: She actually has a change of heart and gives her life to foil Zorin’s plot after he betrays her and leaves her for dead in the mine shaft.

This is a character played by Grace Jones. What other justification do you need to put her in the Top 10?

Bond’s Method of Disposing Her: The bitch escapes!

Although Blofeld generally takes credit for killing 007’s one and only bride, it was actually his nasty and stone-faced henchwoman, Irma, who pulled the trigger on the gun that killed Tracy. The fact that this character never gets her comeuppance is one of the series’ biggest crimes.

Bond’s Method of Disposing Her: Getting her own thugs to shoot her in the back.

The word vixen has never been more appropriate for someone than it is for Thunderball’s Fiona Volpe. This badass took no prisoners and had no problem taking charge of things even in the presence of S.P.E.C.T.R.E.’s Number Two man. And we can’t forget to mention her motorcycle that shoots fricken rockets! She’s the real deal, ladies and gentlemen.

4. Jaws (Richard Kiel – The Spy Who Loved Me and Moonraker)

Bond’s Method of Disposing Him: Jaws actually has a change of heart at the end of Moonraker after falling in love and help’s Bond escape the exploding space station. We’re left to assume he lives happily ever after with his girl, Dolly.

Jaws is iconic. Period. His memorable appearance and pure strength make him one of 007’s most lethal foes and if he had only appeared in The Spy Who Loved Me he would probably be at the top of this list. BUT his return in Moonraker turns him into a cartoon character with diminished respectability. It’s a shame but hey, he’s still in 4th place! 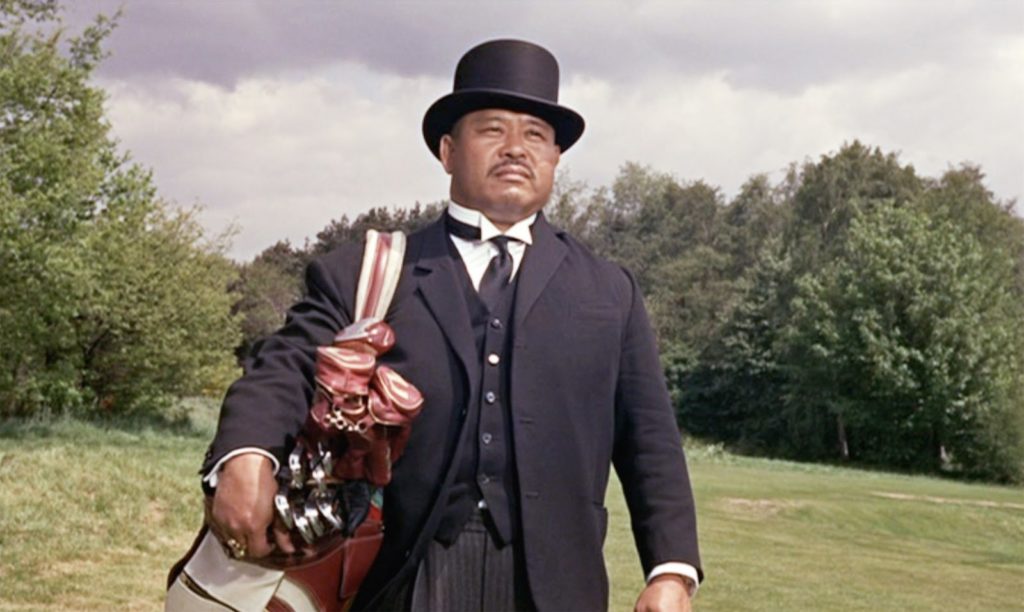 Bond’s Method of Disposing Him: Electrocuting him by tricking him into retrieving his famous hat from the metal bars of Ft. Knox. Science!

Let’s not beat around the bush – when you hear the words “Bond Henchman” the first person you’re likely to think of is Oddjob. Parodied often, this mute Korean beast of a man with his decapitating bowler hat was certainly a foe to be reckoned with. Are there better ways to kill a person? Probably. But in a world of pure fantasy how could you wish for anything else? 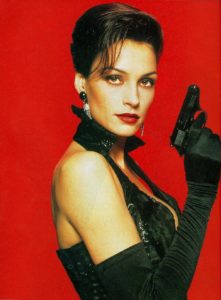 Bond’s Method of Disposing Her: Causing the helicopter that she has rappelled down from to crash and give her a “good squeeze” between a tree branch.

Xenia Onatopp may not always be listed up with the heavyweights like Jaws and Oddjob when it comes to memorable Bond henchmen but let’s have some real talk: HOW CAN YOU NOT REMEMBER THE TOTALLY HOT CHICK WHO KILLS PEOPLE BY STRANGLING THEM WITH HER THIGHS?!?!?! To her, killing her foes is orgasm worthy and her skill at it is pretty much off the charts so yeah…I’m sending a lot of love her way. And come on – that name alone is absolute perfection. 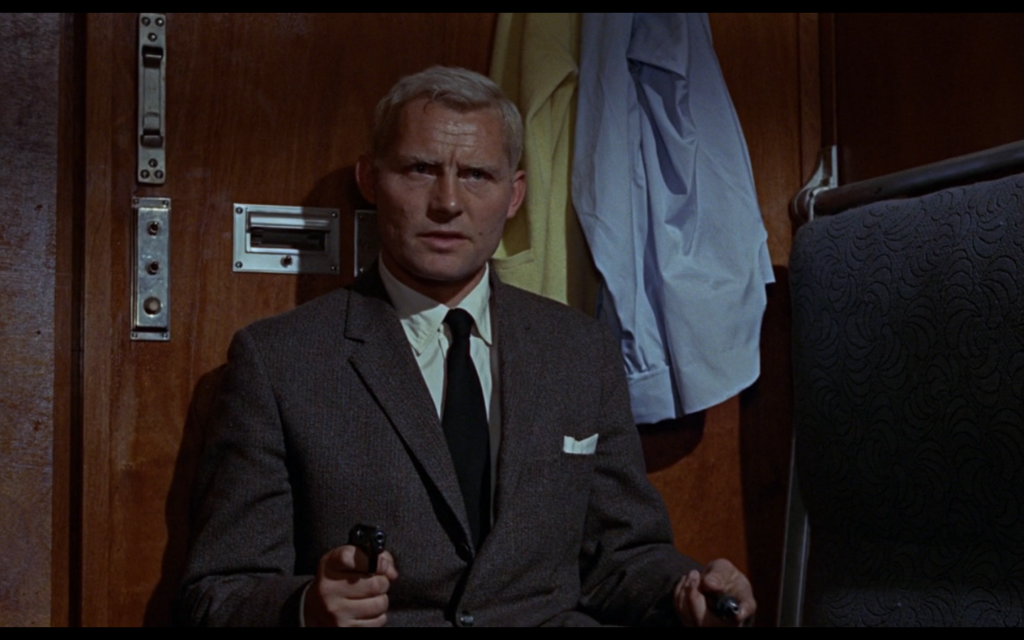 Bond’s Method of Disposing Him: Strangulation after an epic fight in a small train bunk.

Thought most people remember him most as the grizzled boatman, Quint, in Jaws, Robert Shaw also reigns supreme as the ultimate Bond henchman for a number of reasons. For starters, you actually believe in him as a real person, which makes him twice as intimidating as some of the more fantastical baddies listed above. But what really props him up is that epic battle with Sean Connery’s 007 on the Orient Express. Few Bond fights since then have been able to match the ferocity of this heavyweight tussle because it actually makes us fear for Bond’s life – that doesn’t happen with just any old henchman.

Check back next week when we count down the non-leading ladies that have found their way into 007’s arms over the years.