“Beirut is not safe for you. Someone wants you dead.”

Taking Carrie out of the CIA has been Homeland’s best move for the future. The excitement and pacing from the first episode carried over into the second, “The Tradition of Hospitality” and I have to say, this has been my favorite episode of Homeland in a long time.

The episode begins with Carrie and Düring in Beirut and the former is already securing safe passage throughout the camp for the foundation. Things at the camp are understandably dire, with the UN representative telling Carrie that Düring won’t be able to walk freely throughout the camp. Carrie has that covered though and makes a deal with Al-Amin, the Hezbollah leader at General Alladia, offering him $40,000 for Düring’s safety. They agree but caution Carrie that even Hezbollah cannot keep the Düring Foundation safe for longer than one hour. 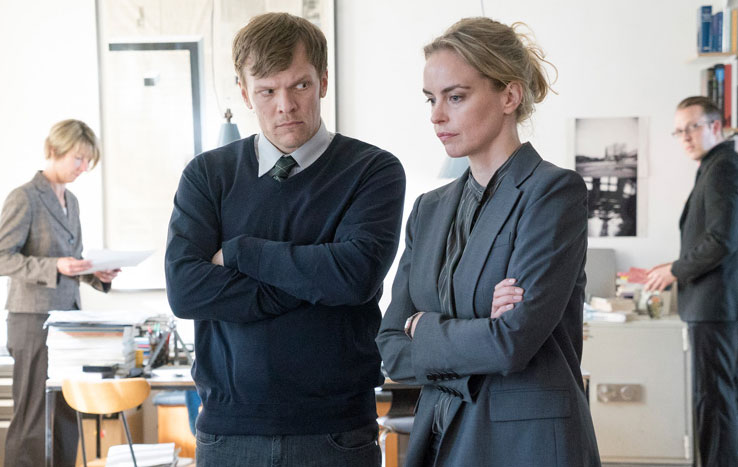 Back in Germany, Laura Sutton, the journalist who published some of the CIA’s leaked documents is on TV denouncing the German government for spying on its people. She pledges anonymity to whomever passed along the files and our friend, Gabe H. Coud is interested in giving her the rest of the stolen files. His 4chan friend disagrees and thinks they should sell them to the Russian government but Gabe says something that appeals to my bleeding heart liberal mindset, “Information should be free.”

Laura doesn’t have long to recover from her high-profile TV stint as the German government picks her up for questioning. Under fire, she remains strong and dedicated to her cause. Working for the German government, Astrid remains just as stoic, slapping down legislation that allows her to hold Laura for up to 18 months. Jonas, Carrie’s lawyer boyfriend, comes to the rescue and vilifies Astrid’s behavior.

Both the CIA and the German government want someone on the chopping block for the information leaks, someone high up, and unfortunately, it’s station chief Allison who gets the boot back to the States. Girlfriend is furious about the decision and calls out Saul on his bullshit. Would he have fought for Carrie Mathison to stay? (We all know damn right he would have.)

The weakest part of the episode for me was Quinn’s arc. He’s a glorified bounty hunter at this point, acting as Saul’s “contingency plan” and his target of the week is a woman who recruits lost kids to blow themselves up in Syria. Quinn tails her for much of the episode, not-so-subtly watching her interactions with the young girls. As the girls leave for the airport, Quinn follows the woman. Just before he shoots her in the head, she is shocked and mutters, “Peter?” (EDIT: It’s been brought to my attention that she actually says, “Bitte” which is German for “please.” I stand corrected. Thanks, commenters!) Without even a hint of emotion, Quinn pulls the trigger. Look how dark our man has become. He then gets his next assignment and the name of the week is “Mathison.” 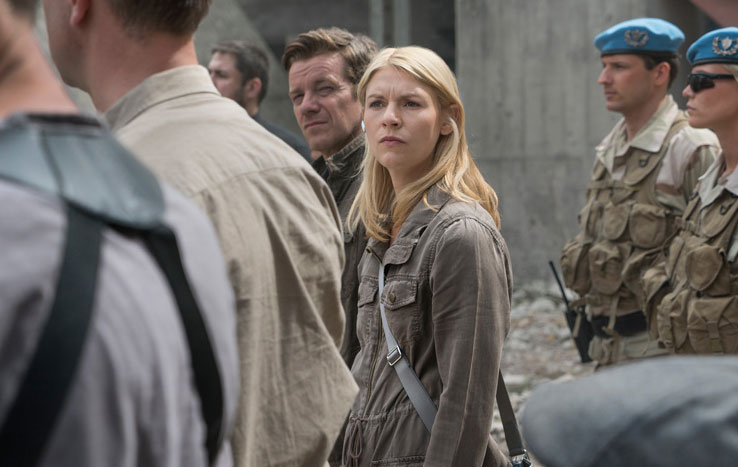 Even darker are the things happening at General Alladia Camp. Düring makes his speech and mingles with refugees, promising aid and being completely oblivious to the danger around him. Sensing a threat, Carrie wrests him from the arms of a mother pleading for more education and throws his rich butt into a truck, but they aren’t out of the woods as a bomb explodes in front of them. The driver panics and Carrie being Carrie takes charge, getting Düring to safety. But Carrie also being Carrie can’t let the attack go because her gut says something is wrong so she stays in Beirut while the others fly back to Germany. It turns out Carrie is right but with one caveat: it wasn’t Hezbollah who attacked and Düring wasn’t the target. At the end of the episode when Quinn writes down Carrie’s name as his next target, we can only assume that “hit” was put out by the CIA, but the bigger question is, “Why?”

Needless to say, I can’t wait for next week.