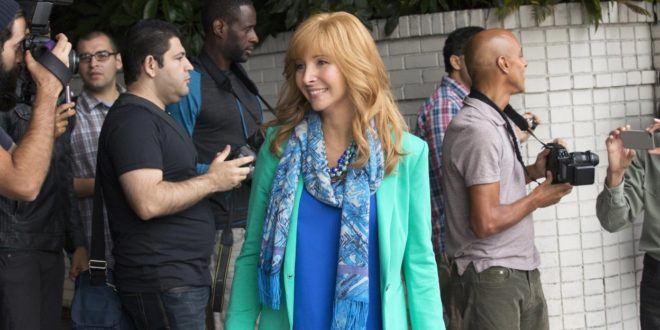 HBO’s ‘The Comeback’ Returns With More Laughs and Awkwardness 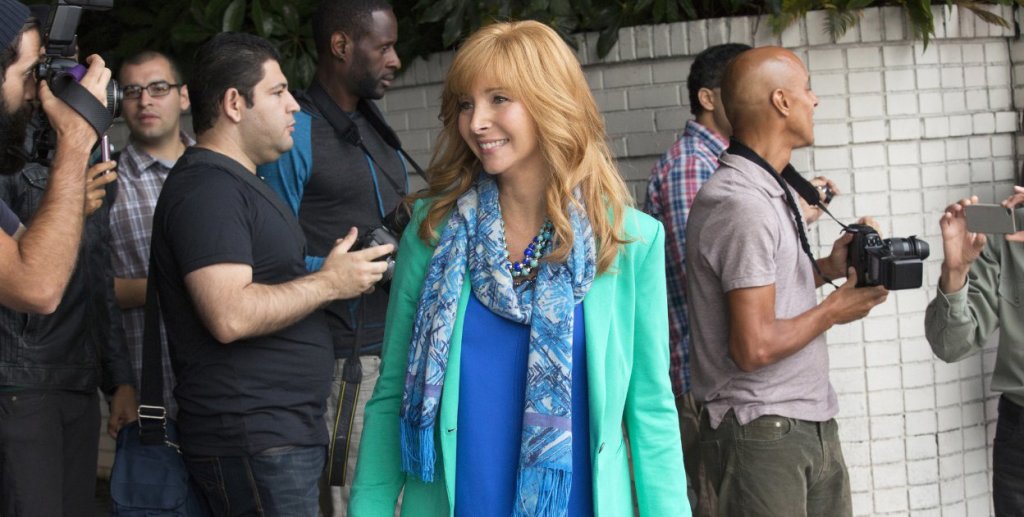 When HBO’s The Comeback ended its first season back in 2005 it looked like the end. The series, built from the “raw footage” of a reality show about a former sitcom star trying to make her big comeback, received lukewarm reviews and low ratings and thus never went beyond those initial 13 episodes…until now.

Thanks to a cult classic status and a reputation that only seems to glow brighter with each passing year, The Comeback is finally coming back for a second season on HBO starting November 9th.

I admittedly never saw a single episode on the show’s initial run so before digging into press screeners of the second season’s first five episodes I went back and watched the entire series and am happy to say that it lived up the reputation that has been built up around it for the past nine years. The situations and foibles of Valerie Cherish’s (Lisa Kudrow) struggle for stardom are so painfully awkward that all you can do is laugh…hysterically. In fact, probably only Ricky Gervais and Steve Carell in their respective versions of The Office can compete with the level cringe-worthy moments brought about by Ms. Cherish.

So how does the new season hold up?

Picking up nine years after we left Valerie, we quickly learn that things haven’t improved much in her lackluster career. Her comeback vehicle sitcom, Room and Bored, was cancelled during it’s first season and as a result so was her reality show depicting said comeback. Since then, Valerie has been stuck doing bit roles on CSI-type shows as well as acting in numerous “independent films” AKA student films.

We also learn that in 2008 she auditioned to be on The Real Housewives of Beverly Hills but couldn’t quite grasp the concept of completely ignoring the cameras filming her life and just letting things play out without a care. This will come as no surprise to anyone who has seen the first season of the show and remembers her constant speaking to the producer, Jane (Laura Silverman), about what should or should not be included in the final product.

You might be asking yourself though how the show picks back up again without Valerie being the subject of a new reality series. Well, it turns out that Valerie is taking that problem into her own hands by hiring a crew of film students (including her nephew who actually isn’t even interested in film or TV) to film her life and create a pilot that she can pitch to BRAVO’s Andy Cohen. Valerie sees this as a legitimate opportunity after an incredibly innocuous exchange with him on Twitter, which makes her assume that they’re great friends. You can probably imagine how wrong she is on that assessment.

At first, Valerie and her husband (Damian Young) think they should file a lawsuit for character defamation but when Valerie goes to HBO headquarters to make her initial complaint she is mistakenly brought in to audition for the role that is essentially her and magically nails it. She is then cast in the series and granted permission to have cameras follow her around to be used as behind the scenes web content, and thus Season 2 of The Comeback (for us) is born. 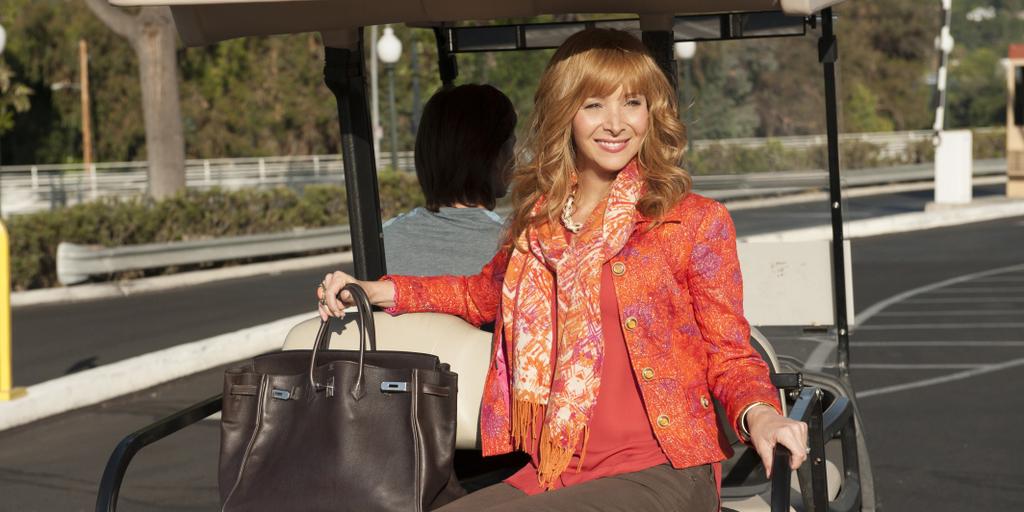 Everything listed above is depicted in the season’s first episode, which despite all of the content is actually quite slow to get going. The pacing of the scenes catching us up on Valerie’s life over the last nine years is slow and feels uneasy in both writing and execution, but as soon as the plot starts kicking in you can feel the whole series settle into its groove and really start to fire on all cylinders.

Lisa Kudrow is still brilliant as Valerie and creates that wonderful balance where you want to slap, hug, and flee from her all at the same time. The way she portrays this woman as being so painfully out of touch is shocking but works because she makes it so believable AND endearing. It’s hard to imagine many other actresses being able to pull off the extreme balancing act needed for this role and so its a real treat that we get to see Kudrow do it again for eight more episodes.

But in addition to Kudrow’s triumphant return, fans of the first season will also be treated to numerous other familiar faces like Valerie’s maid, Esperanza (Lillian Hurst), her fussy publicist, Billy (Dan Bucatinsky), and of course her lovable stylist, Mickey (Robert Michael Morris) who is now comfortably out of the closet but still as oblivious to the world around him as Valerie. 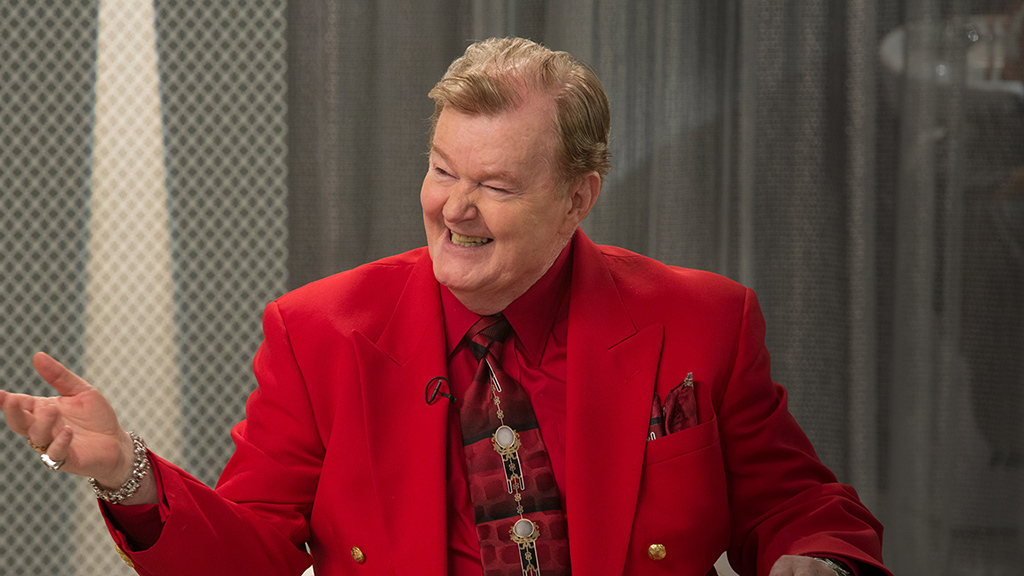 As this new season goes along we get to see Valerie attend the Golden Globes, get a stinky trailer on the studio lot, film a scene on a completely green screen set, and volunteer her home as a shooting location when budget cuts threaten removing scenes set at her character’s house from the scripts. All of the above lead to some truly brilliant bits of humor mixed with anguish that I won’t dare spoil here.

My favorite mini storyline of the new season thus far though crops up during the third and fourth episodes when Valerie shares her first scenes with Seth Rogen (as himself naturally) who is playing the character based on Paulie G. in Seeing Red. In the scene, Rogen casually improvises new lines and tosses in a fair amount of vulgarity much to the delight of everyone on set. This naturally throws Valerie off of her very rehearsed game but later inspires her to try throwing out her own vulgar lines on set (to disastrous results) and to take an improv class at the famous Groundlings. Needless to say, Valerie is the worst possible candidate for improv success in the world. Hands down.

In truth, I could go on and on about the many hilarious things scattered throughout these very funny first five episodes but awkward humor deserves to experienced as fresh and unexpected as possible so I will say no more and avoid spoiling anything more.

In short, this is a welcome return for The Comeback in an age when most pop culture revivals fall flat on their face. These new episodes are wonderfully acted, endlessly funny and I personally can’t wait to see the remaining three episodes of this revival season. In the slightly re-purposed words of Aunt Sassy’s catchphrase from Room and Bored: “I DO want to see that!”

Previous ‘Furious 7’ Trailer Brings a Whole New Crazy to the ‘Fast & Furious’ series
Next ‘Homeland’ Review: “From A to B and Back Again”