The Fast & Furious franchise has always been known for its outrageous car stunts and action sequences, but things are getting even more ridiculous (and awesome) in the trailer for Furious 7, the latest iteration in the series.

Sky diving with cars? Check!
Breaking your cast with the strength of your muscles? Check!
Running up the side of a bus that is about to take a plunge of a cliff? Triple Check!

The trailer also gives us our first look at how the studio is handling the CGI nature of Paul Walker after his death last November.

What do you think? Share your thoughts in the comments below! 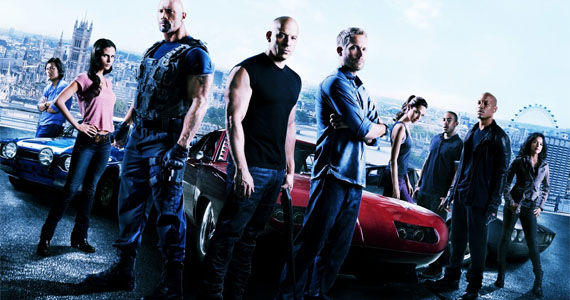