The newest villain in the Spider-Man villain rogues lore is here. In just a few months, Hallows’ Eve has become a very popular character for the company. After selling out in Amazing Spider-Man #14, it’s been revealed that the new bad gal in question with an orange and black outfit, along with a killer, almost Hobgoblin-on-Halloween-Holliday-Like aesthetic, was in actuality, Janine Godbe all along. The longtime girlfriend for Spider-Man Clone in the 90s, Ben Reilly (Aka Chasm).

Now given powers bequeathed from the Goblin Queen herself, Madelyne Pryor, during the huge Spider-Man/X-Men Dark Web saga. Hallows’ Eve is making her appearance in a debut series by Erica Schultz and drawn by Michael Dowling, and is coming to a comic shop near you.

“Having the opportunity to pen a character’s first solo miniseries is incredibly exciting and incredibly nerve racking!” Schultz said in a press release. “Despite Janine having been created in the 90s, this is the first time we’ll see her on her own for more than just a few pages. I really hope fans enjoy a deeper look into Janine and what makes her tick.”

To be fair, Janine Godbe’s storyline has never shied from drama. Supportive of Ben Reilly’s past escapades in the events of the Dark Web, the character is now for the first time, entirely free to do as she wishes. So, with a series of super-powered masks at her disposal to cause some trouble on a crime-committing spree, it’s only a matter of time before when Hallows Eve’ sees her reality turns into a real nightmare – with someone now after her character.

All for a storyline that takes a promising potential look at the nature of Hallows’ Eve’s mask powers and the abilities she harnesses with it. 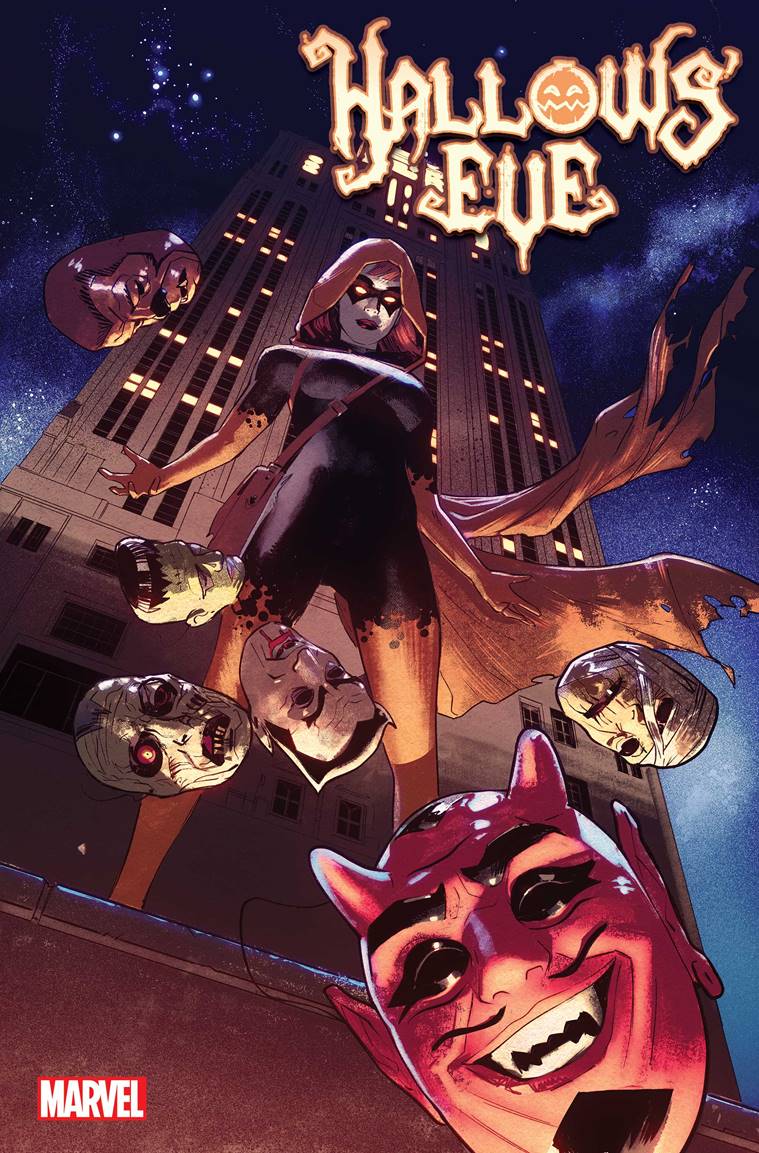 Art and Cover by MICHAEL DOWLING