Amazon’s six-part mini-series ‘Good Omens’ is a fun end of the world adventure. Adapted from the acclaimed novel by Terry Pratchett and Neil Gaiman, the series is a comedy adventure starring Michael Sheen as Aziraphale, a well-mannered angel living on earth, and David Tennant as Crowley, a rebellious demon compatriot/frenemy/best friend, also living on earth.

Whereas heaven and hell prepare for the upcoming apocalypse, Aziraphale and Crowley sort of want things to stay the same. As they enjoy the way things are. 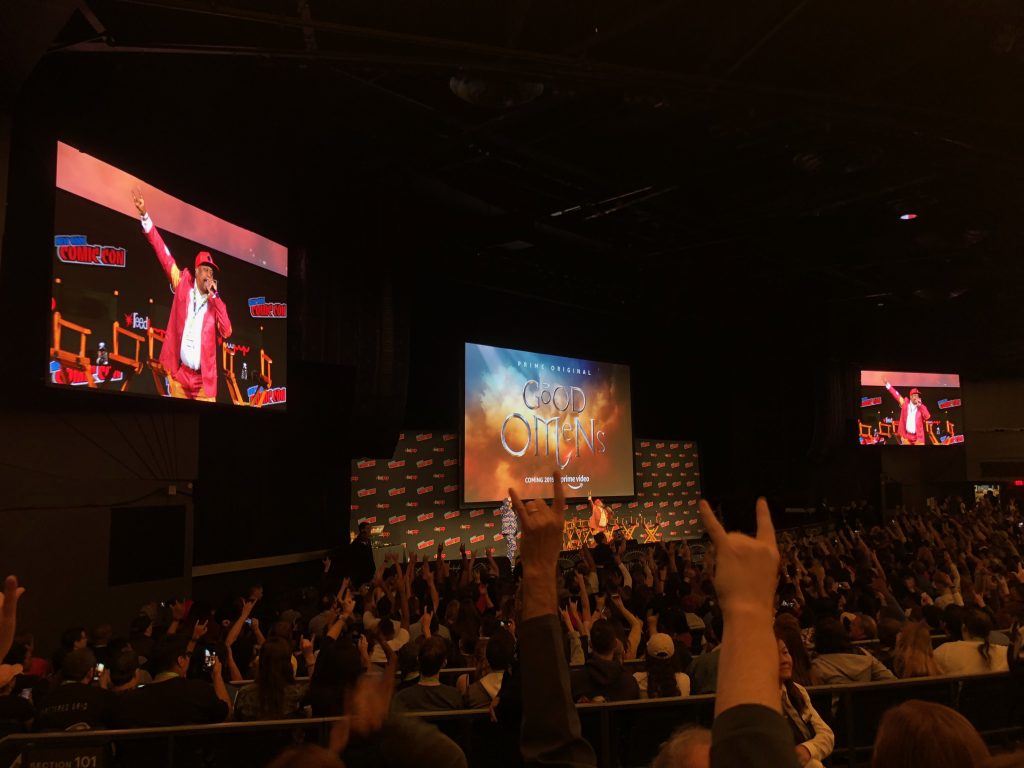 The NYCC 2018 panel was a unique experience. More like a concert than a panel in the large Hulu theatre in Madison Square Garden, it opened with an anthem of Queen in the backdrop – fans raising cellphones and rocking out as the participants came on stage. Moderated by the phenomenal Whoopie Goldberg, she discussed the long-awaited series with showrunner Neil Gaiman, director Douglas MacKinnon, and an all-star cast of Michael Sheen, David Tennant, Miranda Richardson, and Jon Hamm.

Here are some highlights from Saturday Morning’s exciting panel:

Good Omens Will Debut in 2019 on Amazon Prime