Warner Bros. has wasted no time with their big announcements ahead of New York Comic Con.

Ahead of the world premiere of Titans, Brendan Fraser and Kaley Cuoco took to the stage to make two big announcements. 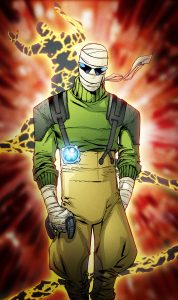 Fraser revealed that Matt Bomer (White Collar, American Horror Story, The Normal Heart) has also joined the Doom Patrol team. Bomer will provide the voiceover performance for the character of Negative Man, and he will also appear as Larry Trainor in flashback scenes. Matthew Zuk has been cast in the role of Negative Man, and he will provide the physical performance of the character on set in costume.