Someone May Die in Season 5, So Let’s Discuss Which ‘Game of Thrones’ Character It Could Be

HINT: It probably won’t be the characters you want to die

This is going to be an unapologetic, spoiler-laden Game of Thrones post. If you aren’t caught up with the show AND the books, steer clear of this bad boy because I’m gonna be giving away spoilers like I’m freaking Oprah. 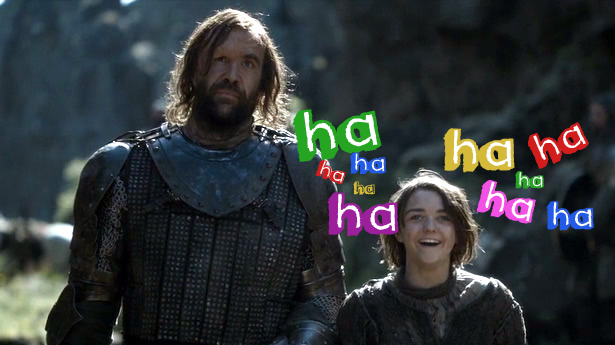 Okay, phew. Let’s get this show on the road.

A few days ago, George R. R. Martin, author of the A Song of Ice and Fire series and devoted murderer of happiness, answered an interview question about season 5 as such:

“People are going to die who don’t die in the books, so even the book readers will be unhappy. So everybody better be on their toes. [The show’s co-creators] David [Benioff] and D.B. [Weiss] are even bloodier than I am.”

Now, I don’t want to take anything away from Martin’s shocking statement here, but I think we kind of already knew that D&D were bloodier than him. I believe that D&D get some kind of a sick fulfillment from squashing major fan theories, you know, like the whole optimistic belief that Jeyne Westerling is still alive, traipsing around Westeros, PREGNANT WITH ROBB’S BEBE, with the Blackfish. D&D took that theory, mulled it over, and then LITERALLY STABBED IT TO DEATH.

Or take Jojen Reed as another example. Fans believe that the already dying Jojen was murdered by the Children of the Forest and then fed to Bran as a paste so as to absorb Jojen’s Greenseer abilities. It’s a gruesome theory when you remember that Jojen isn’t even old enough to drive a car. However, in the show, Jojen’s death went a bit like this:

“Maybe…maybe he’ll come back as a wight or–“

Leaf fireballs his body to pieces.

You understand what I’m saying. D&D are monsters. They aren’t afraid to stab your heart to pieces and then eat it in front of your mother. So when GRRM says “People are going to die who don’t die in the books,” I instinctively clench my butthole.

And that’s where this post comes in. A character’s death is less of a blow if I have mentally prepared for the loss, so I want to discuss the mostly likely deaths that could happen this season.

Note: While this season is meant to cover through the end of A Dance with Dragons and we still don’t know the fate of major characters like Jon Snow, Daenerys, Stannis, and so on, I don’t imagine anything that major will happen this season. That’s not to say the show runners won’t leave viewers with cliffhangers just like that monster, GRRM. 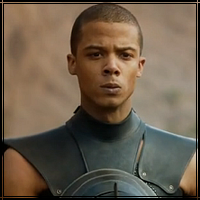 Grey Wurm seems the most obvious choice. He’s a recognizable character, close to a big time character in Daenerys, and most importantly, he’s a good person who recently formed a sweet relationship with another human being. OF COURSE he’s a prime target for death. (I opted to include Grey Wurm over Missandei because Dany has already lost enough handmaidens.) 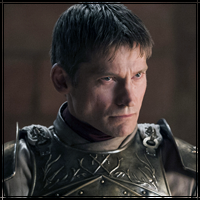 I don’t want this. I don’t even know why I would write such a thing, but I’ve read compelling arguments for Jaime’s impending doom and I gotta say, I’m worried. Without Lady Stoneheart and the Westerlings possibly having Stark babies, there isn’t really much left for Jaime to do. He’s on a redemption arc and headed to Dorne to do….Red God knows what. Maybe he dies a hero, protecting his niece a la Arys Oakheart. (For the record, I think Jaime’s death is unlikely given his popularity but I doubt Jaime survives the series.) 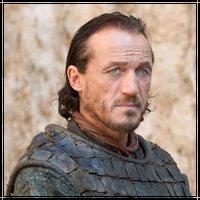 Bronn seems a more likely candidate for death. He’s a fan favorite, so that’s sure to get the shock factor, but he’s also on the B-list in Westeros. And headed to Dorne with Jaime. Good things do not happen to Lannistermen in Dorne. The Martells are an (understandably) angry family. My guess is Bronn tries something scandalous with a Sand Snake and gets bit. Killing Tyrion’s Bro would thin out the overpopulated Game of Thrones cast, but his death alone wouldn’t fix any budget issues. It seems more likely his death would be for the story. 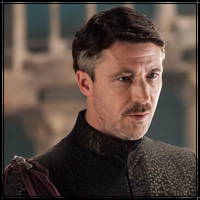 Now here’s a dude who needs to die. Not because he’s manipulative, or because he hits on Sansa and it’s fucking creepy, or because he’s orchestrated the deaths of several main characters. No, he needs to die because if his accent gets any more gravelly he’s going to have to be traded to evolve to Golem.  Compare his accent in the first season to the fourth and then someone get that dude some throat lozenges. Also, Sansa is finally coming into her own and I want her to murder the shit out of this weasel. Littlefinger’s death would be a small vindication for viewers; not as sweet as a Joffrey or Ramsay Snow death, but it’ll do for the time being so we don’t feel like evil is entirely victorious. 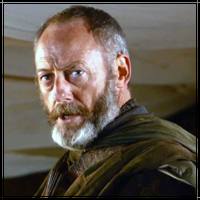 Few characters have suffered from cut plots as much as the Onion Knight. I’m sure there are several show-only fans who have no clue who he is and that is a damn shame. Davos makes Stannis a much more likable character. However, Lord Manderly has been cut from the show, which means, no Frey pies. It also means that we won’t hear, “The north remembers, Lord Davos. The north remembers, and the mummer’s farce is almost done. My son is home.” Unless Davos miraculously finds out from someone at the Wall that the younger Stark children are still alive (Sam?) and Stannis then sends Davos to find Rickon to gain the North’s favor, I don’t see Davos lasting long. 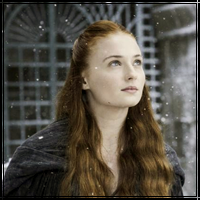 This one hurts the most to even suggest. I love Sansa. After Cersei, she is my favorite character and I want nothing but good things for this girl. Buuuut….of all the Starks remaining, she seems the most likely to not make it to the end of the series, especially considering GRRM’s original pitch didn’t include Sansa as a survivor. She’s a major character and if she and Littlefinger both died, that would cut the Vale entirely from the story, thereby saving plot space. There’s also a theory that Sansa could become Lady Stoneheart herself. I didn’t buy a ticket for that hype train, so I’ll just sit here, daydreaming that my Queen in the North makes it back to Winterfell.

Finally, the actress who plays Sansa, Sophie Turner, had this to say about season 5:

“There’s some massive moments, perhaps even more shocking than the Red Wedding type of thing. There’s like a lot going on this season,” she told Huffington Post. “There’s also, you know, a lot of blood, a lot of death. And a lot of people kind of come far. And there are a few familiar faces around as well.”

Okay, your turn! Tell me who think (maybe hope?) will die this season in Game of Thrones. I look forward to sobbing with all of you.