Syfy unveiled the first official poster art for its upcoming “Sharknado” sequel on Thursday, and fans of the smash series will be happy to see their favorite D-listers bracing for another killer storm. New Englanders still climbing out from under multiple feet of snow, however, might not find the franchise’s location change refreshing.

This time, returning stars Ian Ziering and Tara Reid will team up to battle the titular tempest in Washington, D.C. alongside more unexpected co-stars Mark Cuban and Ann Coulter (yes, really) as the President and Vice President, respectively. The twister also heads south to wreak havoc in Orlando, but it’s American audiences’ insatiable thirst for White House demolition scenes that will likely secure the popular vote yet again.

Check out the forecast for yourself: 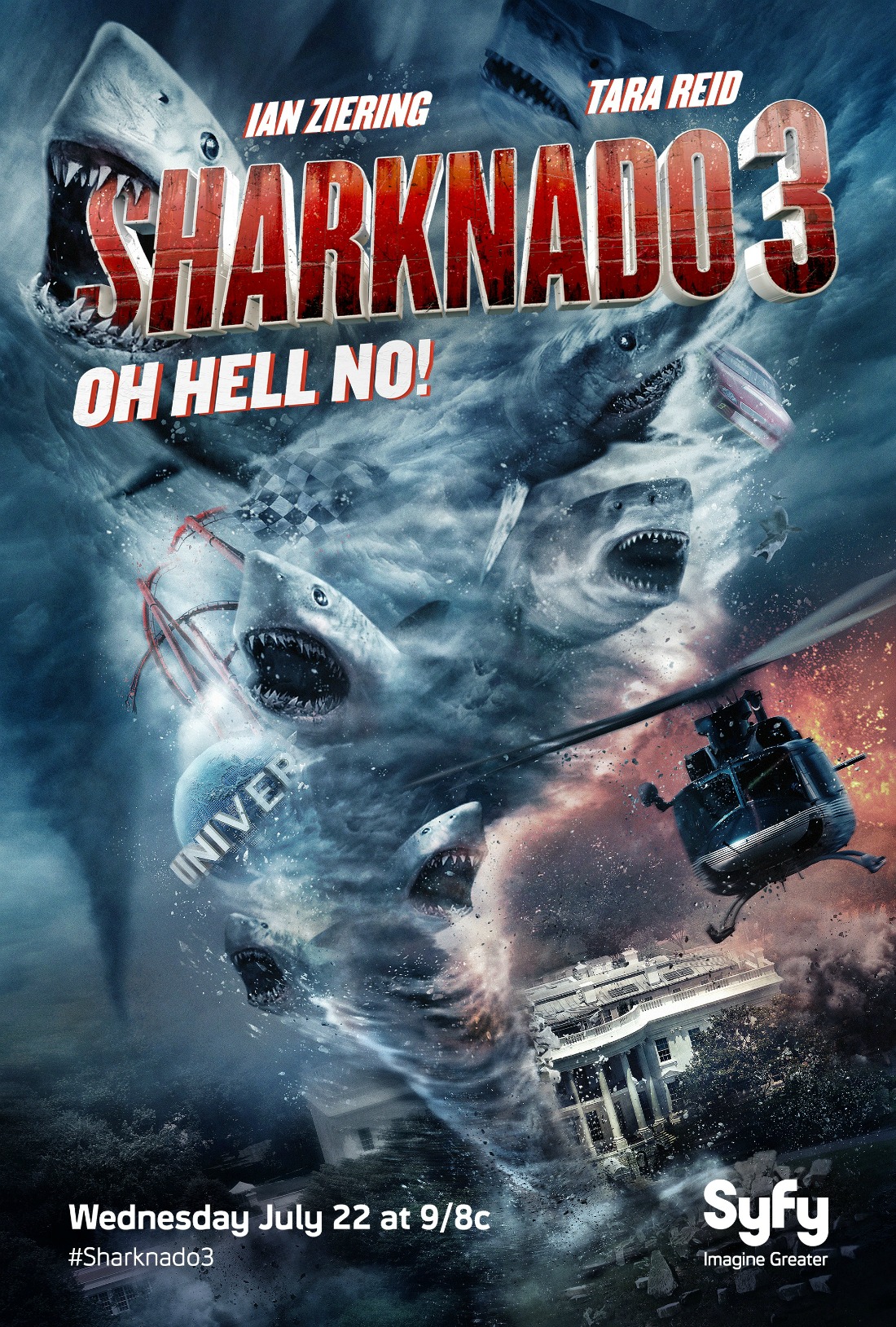 Are you ready to take another bite of this franchise? Sound off in the comments, and follow @TheWorkprint for all your pop culture needs!

@theworkprint
Follow
Previous article
Sacrifice is Coming in New Arrow Trailer
Next article
Bones Review: The Twitter in the Tripe