Here’s why, without a doubt, this is the best version of Final Fantasy VIII ever made.

Final Fantasy VIII Remastered debuted on September 3rd, and after two weeks of binge-gaming, including achieving a near-perfect run, I can honestly say everything about this remaster is an upgrade to the original game. As the long-awaited port reworked not only updates the game’s graphics but also, added features to fix some of the more highly criticized aspects of the gameplay.

I’ll be covering the game for a three-part series. First with this review, then a tips and tricks section for both seasoned veterans and new players alike. Finally, I’ll conclude with a piece looking back at the FFVIII story 20 years later.

What Took So Long

There were a lot of negative reasons why FFVIII took a long time to get remade. VIII was sort of the middle child. A follow-up to the critical hit FFVII that likewise took place in a world of technological fantasy, yet still, never fully embraced the fantasy elements in the way that FFIX or FFXII had.

It was also, unlike other games of its time, solely focused on a love story. Which was a very different premise for its time.

Atop of that, there were legal issues regarding Faye Wong and the use of the game’s theme song “Eyes on Me” which made it difficult to re-release the game given that the licensing was meant for a single release one game agreement for a single videogame. No one thought videogames would be re-released via ports again-and-again.

Finally, the biggest issue in the game’s delay was that no one at Square had saved the source code of the game at the time as again, porting was something nobody knew was possible until the last decade.

As a result, using some of the original team on FFVIII, Square Enix had actually remade the game from scratch.

Where The Remastered Shines

The biggest problem with the original game over time had been how poorly the character skins and designs had aged. So much so that the game even inspired a meme. 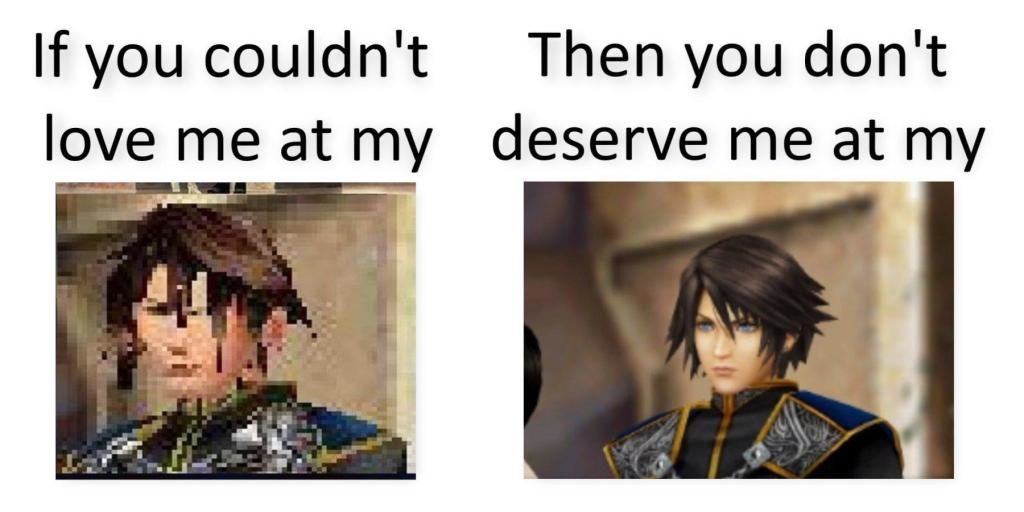 Which is why the best part of the rework is how they reworked the in-game models. This includes not only character skins, but cars, magic, and even technological devices. With sleek looking details and three-dimensional textures to combat weapons added in, all while keeping the original backdrops and FMV sequences. 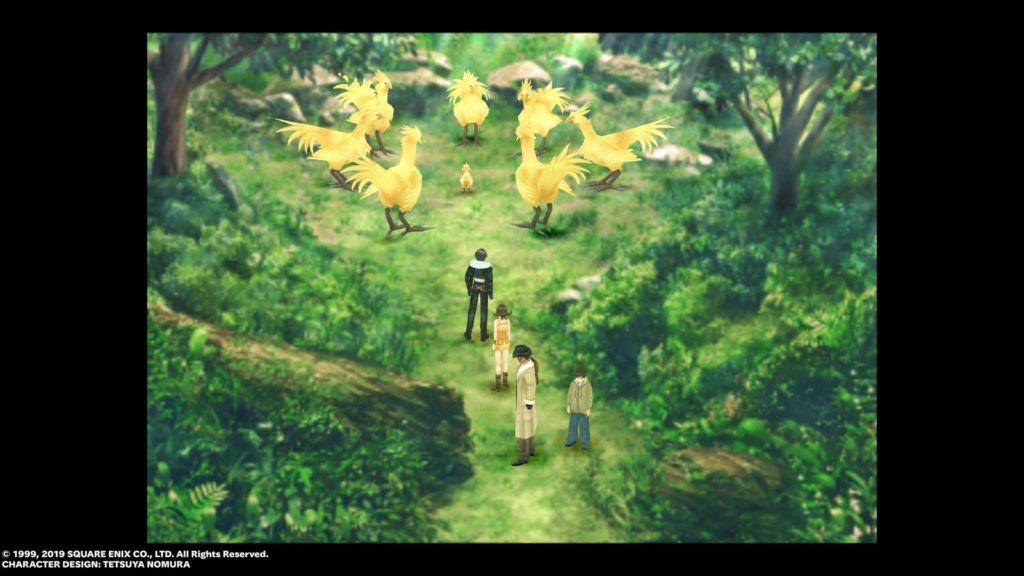 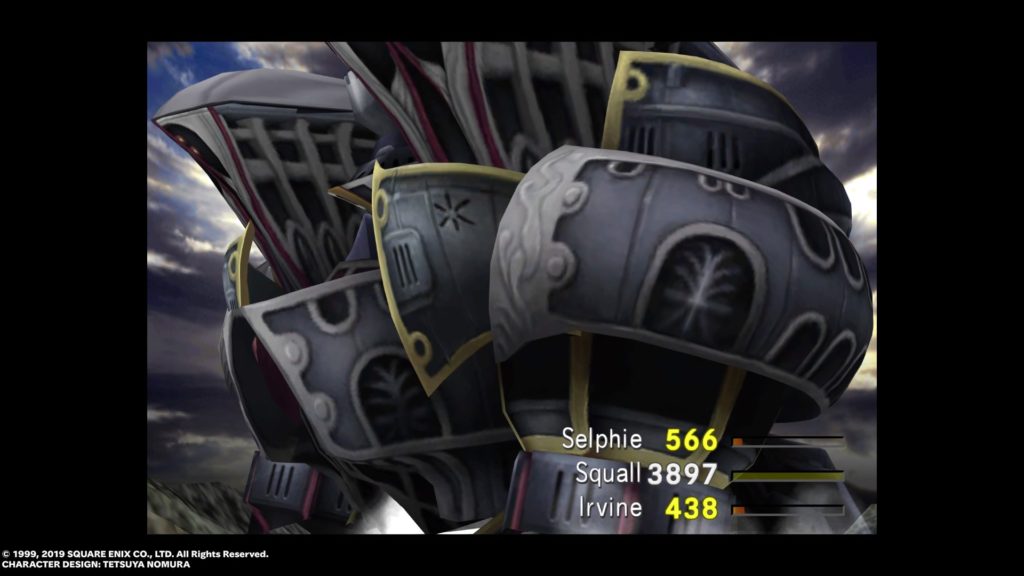 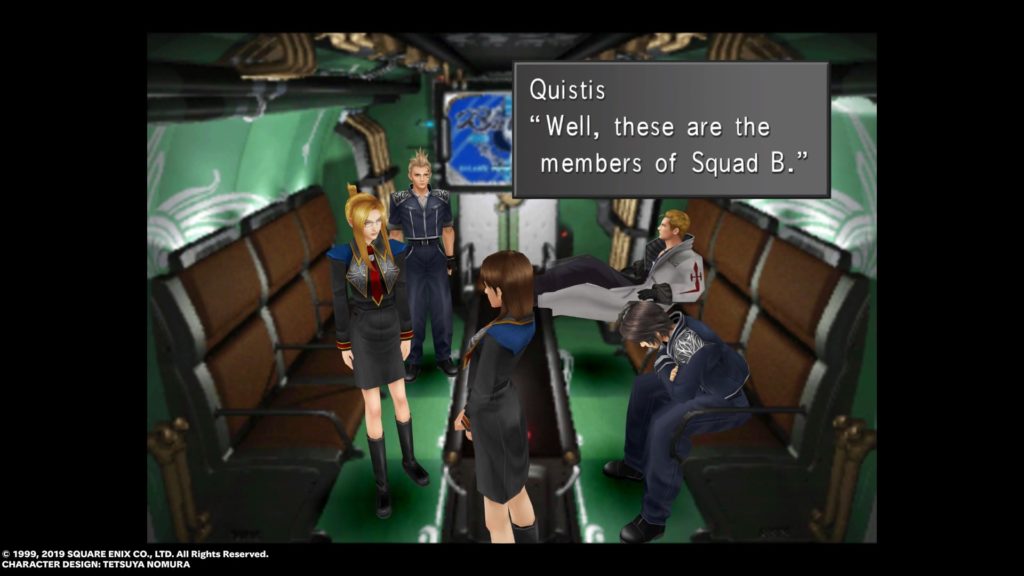 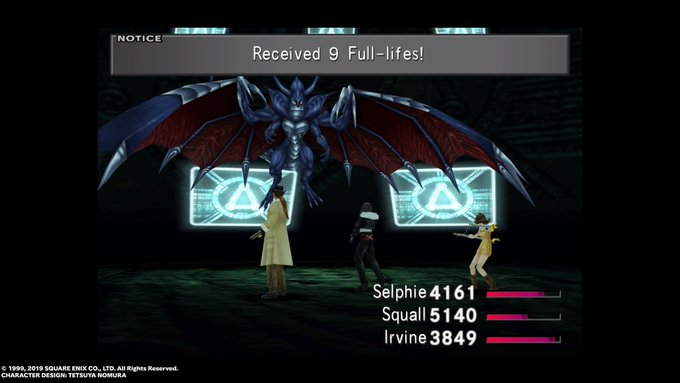 It’s stunning, to say the least. However, after a few hours of eye-gazing at all the visible upgrades, I started to remember some of the annoying parts of the game. Mostly, how much of a grind it was compared to modern games today. Worst is the draw command during combat, where one would spend hours endlessly stealing magic spells away from enemies.

Thankfully, there are a few new features to move past this.

The new 3x game speed in-game command accelerates the combat mechanics to fast forward through the annoying draw spell grinding against enemies. What used to take upwards to 10-minutes you can now finish in 2. It also returns the game back to normal speed for critically timed events, such as limit break commands and GF boosts, making the game faster paced but slow enough where it matters.

There’s also a built-in encounter-none command, where you can turn off and on the tedious random encounters in the game. Which may not feel like a classic JRPG but will give you the option if you’d like to save time.

Finally, there’s a battle assist command that makes combat much easier. This feature turns off the ATB gauge, allowing all your characters to make their turns immediately. It also keeps all your character’s limit breaks triggered, so you can use every character’s exciting finishing moves instantly at all times.

All three game-changing commands can be toggled off and on at the push of the button by the player.

Again, the models and 3D skins were vastly improved upon which, for many players like myself, overwhelmed me with a sense of nostalgia and fondness. The remastered brought me back to everything I loved about this game as a kid. That said, there’s a bit of surprising backlash to the remaster about two very particular touchups to the models.

First and foremost, are that Siren and Shiva are almost entirely naked. That has always been the case in the game, though when I was younger, and the graphics were blurrier, I never really noticed. It’s hard not as a grown adult, and especially, in this version. Which is why some fans were outraged when Siren, a mermaid-like creature based on the Greek mythology, had gotten a redesign covering up her pubic hair. 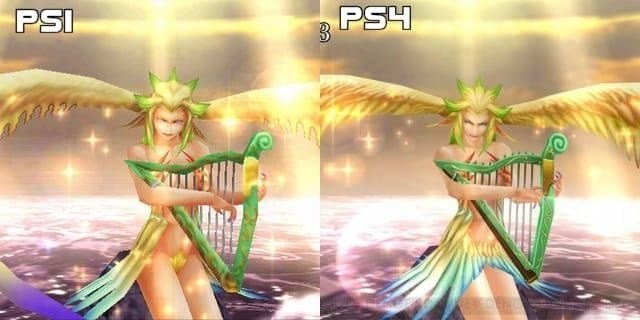 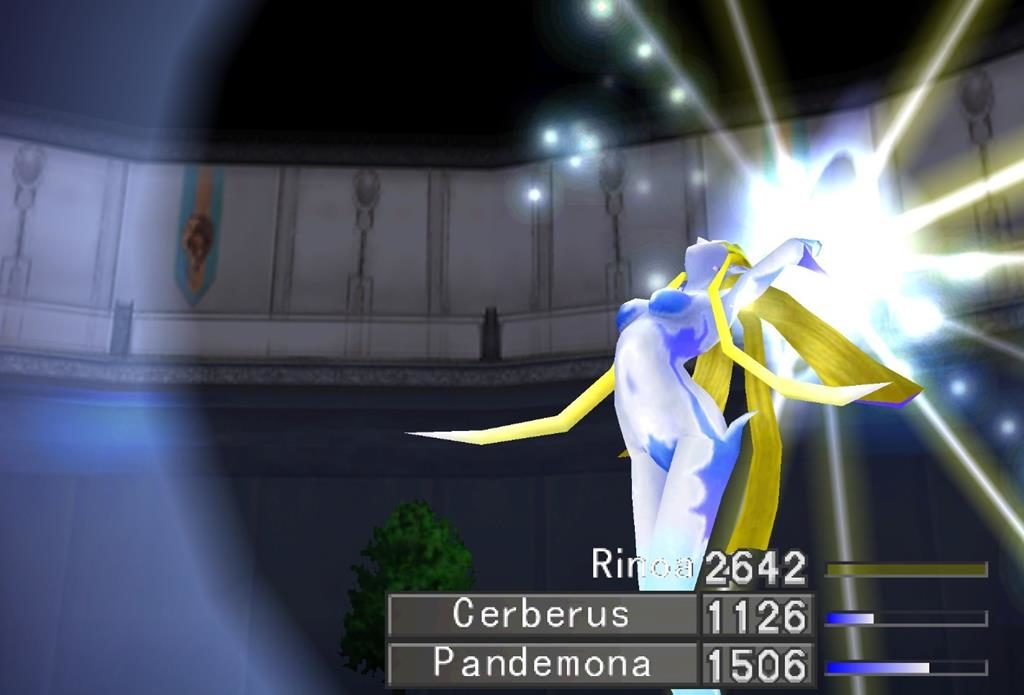 Surprisingly, Shiva, who’s just as equally naked in my opinion… did not have changes. I’m not sure why the designers censored one and not the other.

The second issue was that Rinoa has a little more cleavage covered up in her top. To be honest, I didn’t even notice this change as it’s not as gapingly noticeable as the Siren issue, and personally, I think it makes the outfit look more realistic. Yet, some fans complained about the censorship.

This surprises me because Ultimecia and Edea both have very revealing low-cut dresses in full detail, something that I felt they detailed ever more so in this version. Though perhaps I just hadn’t noticed it as much until now.

There’ve been complaints that despite attempts to not touch the videogame soundtrack, arguably FFVIII’s most beloved element to its game, there have been MIDI music conversion issues onto the FFVIII port.

Originally, I thought it may have been difficulties in maintaining the rights to “Eyes on Me’ but even I’ve had MIDI issues during gameplay. With a strange trumpet rendition during Dollet’s SeeD mission and the Epic Garden’s Clash battle of Act II, both of which have had issues with the story’s most action-paced theme song.

Hopefully, someone will fix or patch these issues as it’s detrimental to the mood of what’s supposed to be the two most heart-racing parts of the game.

If you’d like to take a nostalgia trip into the past, or if you’ve never played Final Fantasy VIII but would like to, this is your best chance at that. It has the best parts of the game, updated with modern skins, and speeds through the boring grinding parts of the gameplay.

Honestly, the most negative comments I’ve looked into the game have really only been about the censorship of the character skins. Though with all the graphic changes and gaming memories, I don’t see why that’s what people focused on.

When I was a teen I never even noticed the degree of almost-nudity. It was the last thing I was concerned about in this game. Just give me more Squall and Rinoa love story with some Faye Wong’s “Eyes on Me” playing in the scenic backdrop, please.

8/10 As a comparison to JRPGs overall