Ever wonder where superheroes come from?

Not the part where they mutate, or get bitten by radioactive insects, or even, stand too close to a gamma bomb, but rather, that next part. Like how to fight against enemies or work as a team? A dose of spider venom doesn’t impart self-defense skills. And so, unless you’re a Batman with a spare billion to travel the world and learn martial arts, what’s a young person with fantastic powers supposed to do?

Well, in the new comic from Rich Koslowski, you join the F.A.R.M. System. 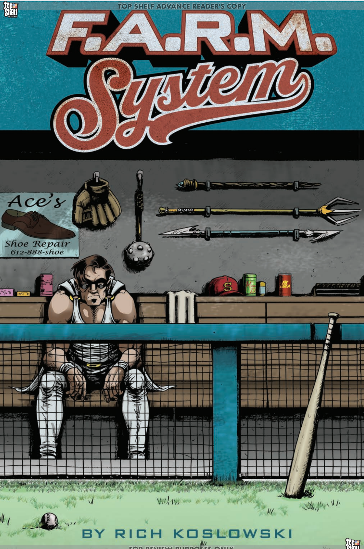 Modeled after the farm teams of major league baseball, the F.A.R.M System (Free Agent Recruit Management) recruits young superheroes, trains them, and places them with big time super squads (For a commission, of course).

It’s an intriguing premise in that The Avengers can’t just put up a LinkedIn ad if they need a replacement to fill in for Hawkeye. It’s also interesting to think about what would happen if, say, the Justice League and the X-Men got into a bidding war for a prize recruit. And imagine a Scott Boras type playing both sides to get the best possible contract and commission.

There’s a lot of room to explore in this idea – How do they find recruits? How do the contracts work? What are their jobs like with the professional teams? – and this comic covers a lot, especially in regards to the exploitation of these recruits. However, I felt like it was only skimming the surface in parts.

The story covers a couple of main tracks. There’s the Gymnast, the first ever hero recruited by Alexander Ellison to his system despite his having no super abilities aside from sheer determination and will.  He’s at the end of the line, having failed to hook on with any super team and is now on the wrong side of 40. There’s a brand new recruit, who is the entry point to seeing the farm in action, with super powers that are apparently both awesome and yet not defined. And then there are other prospects giving Ellison headaches. The Grind has disappeared right before he was supposed to start a new contract, which could cost Ellison a fortune. 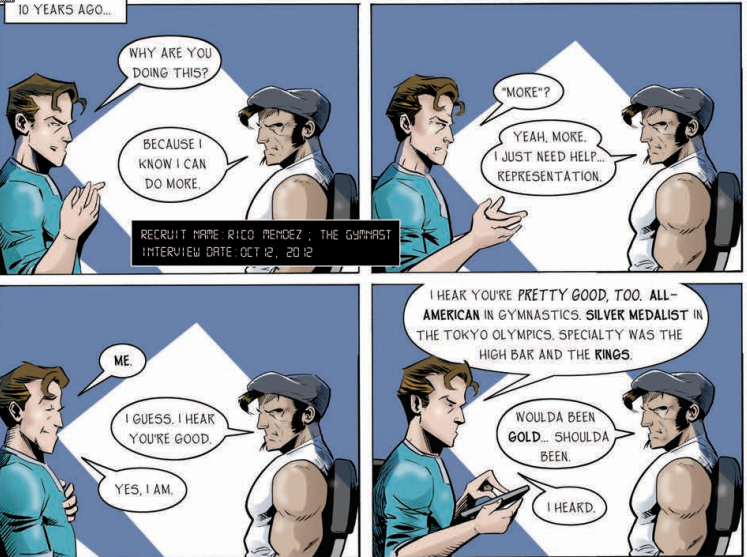 That’s a lot to cover in 160 pages, and some of it gets quite short shrift. The Grind mystery, in particular, doesn’t seem to be at all connected to the rest of the book until it suddenly is. The New Kid’s (that’s his name) journey into training camp doesn’t have a ton of weight.  It all feels very episodic and a bit disjointed, and there are points that feel like they should be parody, but doesn’t commit to it. For example, one super team is called the Revengers… but is also a world where the X-Men and Wolverine exist. 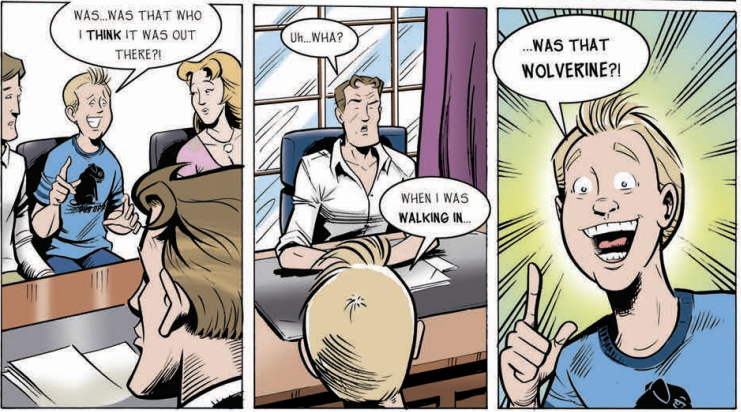 There are also a ton of characters, like Channel who can talk to the dead, and Brixx, who is an analogue for The Thing, and many, many more. The problem is, with dozens of heroes, most of them get barely more than a cursory mention.

There are also some very moving sections here. Diving into the Gymnast’s past and all the sacrifices he made to pursue his dream is heartbreaking. And there’s a short vignette with an older hero named Bullet Prof (not Proof) that really gets to you. And the panel layouts are inventive and used very cleverly. 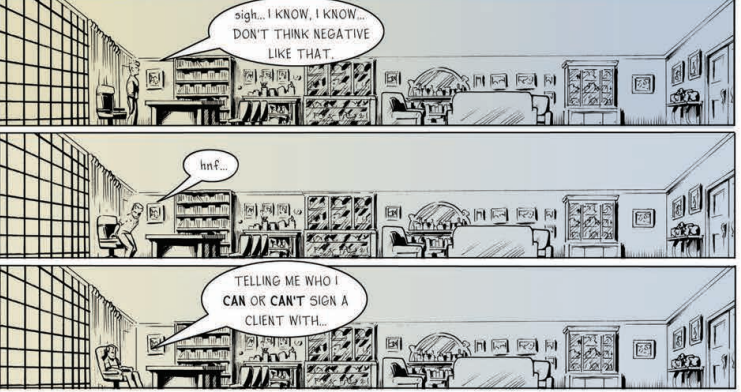 Overall, there are some interesting ideas here, but I don’t think they get fleshed out enough. If you are a fan of the behind the scenes mechanics of the superhero world, it’s worth checking out.

Ever wonder where superheroes come from?  Not the part where they mutate, or get bitten by radioactive insects, or even, stand too close to a gamma bomb, but rather, that next part. Like how to fight against enemies or work as a team? A dose...'F.A.R.M System' Comic Review