‘Everybody’s Gone to the Rapture’ Review: Beautiful but Painful

Everybody’s Gone to the Rapture is one of the most interesting and puzzling “games” I’ve played this year. Developed by The Chinese Room, Rapture is another entry in the ever growing narrative experience adventure game. In fact, more than just another entry, Rapture is in many ways the new benchmark for this genre. Unfortunately, one design choice, also makes it the most disappointing.

Like The Vanishing of Ethan Carter before it, Rapture is played from the first person perspective with no combat and limited controls. In fact, your actions are limited to walking on the left stick, looking with the right, interacting with X and a hidden “run” (more on that later) button on R2. Unlike Ethan Carter there is no puzzle solving, only exploration.

Dropped in the middle of the quiet English village, Yaughton, it’s your objective to discover what has happened to its inhabitants. You are told that the answers you seek are revealed in the “light”. Right on cue, a ball of “light” is in front of you and the rest of the game finds you following this “light”. Don’t worry. It’s much more engrossing than it sounds.

This “light” leads you to spots that relive moments. In front of you appears an outline of individuals who lived in the village, outlined in this same “light”. These scenes give you, the player, insight into the overarching mystery by allowing you to experience the villagers last weeks leading up to the Rapture.

What makes the premise work is the attention to detail that is shown throughout the 5 hour game. From toys left on the floor in a child’s room, to teapots on the table out in the garden, Yaughton feels like a town that was lived in and suddenly abandoned. Combined with great lighting effects and gorgeous visuals, walking through the village felt like…well, walking through a village.

This same attention to detail is present in the storytelling. Each of these “moments” is so well written and voice acted, that I began to feel a connection to these villagers. I felt angry with some and sad for others. No small feat considering that, as mentioned, all you ever see of these people is an outline of light. I was no longer driven to discover what happened because of the mystery of it all, but because whatever happened, I’m not sure these people deserved it. 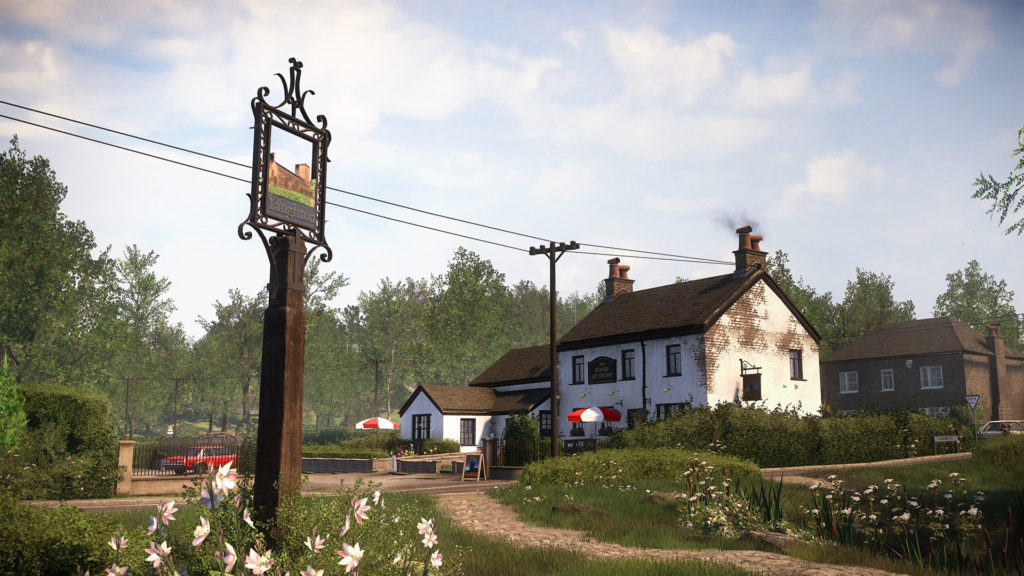 Bringing the package together is Rapture’s amazing soundtrack. The music perfectly highlights each moment, one moment adding to the tension and the next… adding to the sadness. In a time when music is often something relegated to the background and rarely noticed, The Chinese Room’s soundtrack is one of its strongest storytelling tools.

Everything mentioned above makes me want to love this game but one awful mechanic ruined the entire experience for me: the movement speed. Rapture, by far, has the slowest movement speed of any game I have ever played. Your character feels as though they are moving at a literal snail’s pace. That previously mentioned “run” button, is utterly useless. It takes a handful of seconds to build momentum and even then is still slower than the average games walking pace. At best, it is a 60-year-old speed walker’s pace.

The movement speed is exacerbated by the fact that Yaughton is a large environment and there are a number of times when you have to backtrack through an area. After the first hour of play, I became annoyed with this game design. By hour 3, I was physically uncomfortable with how slow my character moved. Instead of taking in the environment and wanting to explore every corner of the village, all I wanted was for the game to be over. I honestly contemplated stopping before reaching Rapture’s conclusion, and while I am glad I didn’t, it should have never come to that.

Everybody’s Gone to the Rapture is a beautiful game, both visually and in its ability to tell an engaging story. It’s because of this that The Chinese Room’s exclusion of a “true” sprint option is so noticeable and disheartening. Instead of taking in everything that the world of Rapture had to offer, I found myself jealous of Yaughton’s former inhabitants because for them, it was already over.

Previous article
NXT – August 19, 2015: Proper Jobber Use
Next article
‘Discstorm’ Review: All the Frisbees in the World Can’t Save You Now