‘Discstorm’ Review: All the Frisbees in the World Can’t Save You Now

Discstorm is a fun, retro arena-fighting game developed by XMPT Games that unfortunately, is going to suffer from a bad release. I waited to review this game because I like to give most things the benefit of the doubt (ahem, Arkham Knight) but as it stands, Discstorm is a broken game.

The premise of Discstorm is a simple one: you choose your character and throw discs at different enemies to kill them. Some require more skill than others, naturally, and some even require you to use the environment to your advantage. You progress through stages of fights, moving from arena to arena to beat your way through one checkpoint to the next. It’s a lot of throwing discs and then running around in circles to collect them while dodging enemy attacks. Outside of the tutorial explaining how to play the game, don’t expect much in the way of story or character progression. There is exactly nil of both. 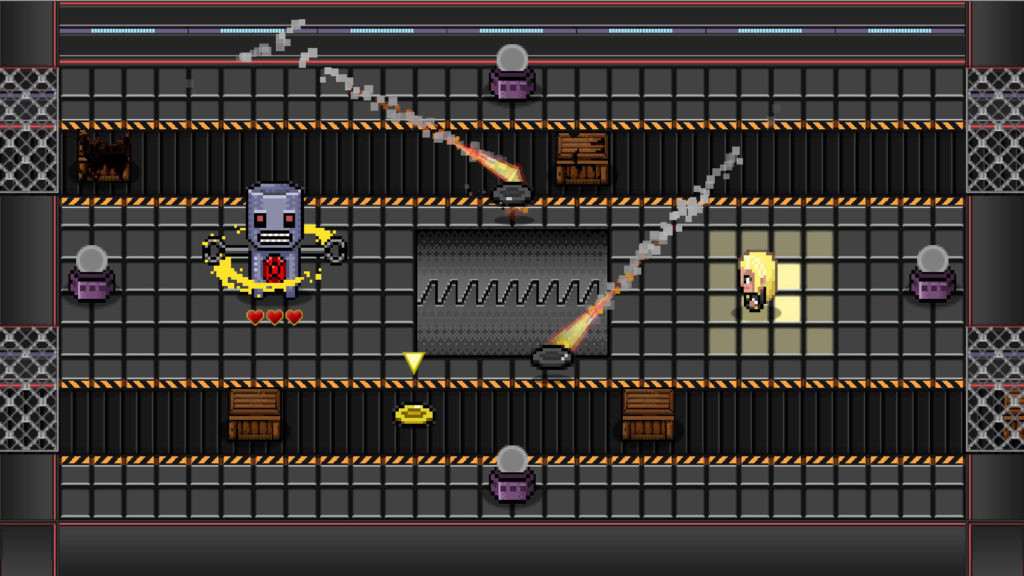 One of the first screens to pop up when you load Discstorm is a disclaimer, telling you that the game is more fun with a controller and friends. However, after cycling through Tronsmart PC, PS3, and XBOX One controllers, I could not get any to work with the game. Even after waiting days for patches, the controllers’ directional pads worked, but buttons did not.


I moved on to a keyboard and mouse setup. For as hard as I tried to get the controllers to work, I actually believe this game is better with a keyboard and mouse, which of course limits the second portion of the disclaimer: multi-player, as the game is local co-op only. Unfortunately, the keyboard wasn’t without its flaws either. Up until this morning the right-click to deflect attacks motion was bugged which meant players couldn’t even get through the tutorial. And after finishing in the dojo, some of the controls were still sorely out of sync, especially the spacebar’s collect discs movement, and even worse, some levels were bugged together, mixing forest and space level traits, leaving me confused and dead because of it.

Which is all a shame because Discstorm could be good fun for a small indie game. It’s premise is simple but with a few tweaks and additions, could be incredibly fun and challenging. Each of the ten levels is built different from the last, allowing for ever-changing tactics and strategy when it comes to boss fights and fending off hordes of pirates and skeletons. There is a nice variety in enemies, each offering their own attack mechanic which makes thing a bit difficult when they all spawn at once. Some of the enemies even turn your own discs against you, which means you have to be careful of just slinging frisbees half-hazardly. 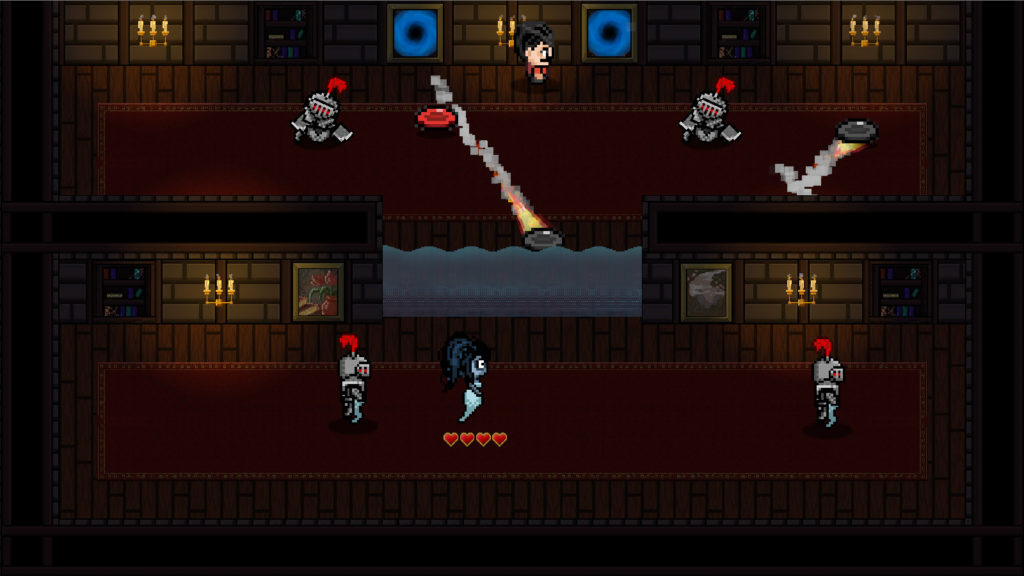 The art work and music are by far the best part of the game. It’s gorgeous to look at with a solid retro feel. The dialogue is funny albeit cheesy at times, which is what I expect from any retro video game, but it does rely too heavily on breaking the fourth wall, ruining much of the cheeky humor. Regrettably, because there is no story to the game’s main campaign and outside of unlocking a few costumes for each of the playable characters, there’s no replayability, unless you really want those achievements.

Thankfully, there are options when it comes to choosing a character, but that choice really only comes down to looks. Had there been strategy, kind of like choosing a character’s class in an RPG, like for instance choosing a slower character with more discs or one with fewer discs and permadash, I’d have been more interested. As it stands, the only difference is the color of the character’s discs.

Alas, Discstorm comes down to being a buggy game with little variety and entertainment for a couple of hours, at most. I wish the game had more to it because it could be exciting and fun with a better multi-player and control system, but it falls short.

@theworkprint
Follow
Previous article‘Everybody’s Gone to the Rapture’ Review: Beautiful but Painful
Next article‘No Escape’ review: Escape from the theater