Hmmm. This may be one of the best episodes of Empire this season. And you all understand my love and hate dichotomy with Lee Daniels’s Empire. The relationship between Angelo and Cookie has at times been uneventful but it seems to be heating up and driving the entire season. It’s allowing for less of a conflict between Lucious and everyone else and more time for other dynamics to interplay. The dynamic of “What We May Be” involves the arrival of Angelo’s heavily-established mother, Diane (Phylicia Rashad) and Cookie’s introduction to her.

Elsewhere, another son is having to battle with his parent. Jamal is once again going back and forth with Lucious, leading to frustrations over creativity and business. Charlemagne The God guest-stars to mock Jamal for his weakness, as if that’s what another Black homosexual man needs to see on television. That weakness somehow is thrown around despite Jamal being a victim of PTSD. But you know, everyone just forgets about that. The creativity that Jamal carries through spills over into the creation of his next project, some type of musical museum concept. He shows Cookie home movies which are a part of the visuals for the album and the first single, a record dedicated to Jamal’s mother. But that goes array and leads to the next big secret of the Lyon saga.

Thanks to Aunt Carol, the former drug addict who now works at the weave shop, we discover that Cookie’s relationship with Lucious ultimately led her to choose between him over her father. The impending stress of this leads to the death of the sister’s father and Candace blames Cookie for this, severing their relationship. Cookie had the potential to be a lot and it can be argued that Lucious robbed her of this but it can also be argued that even with being in prison and on the streets Cookie was destined for greatness. Nothing could stop her. 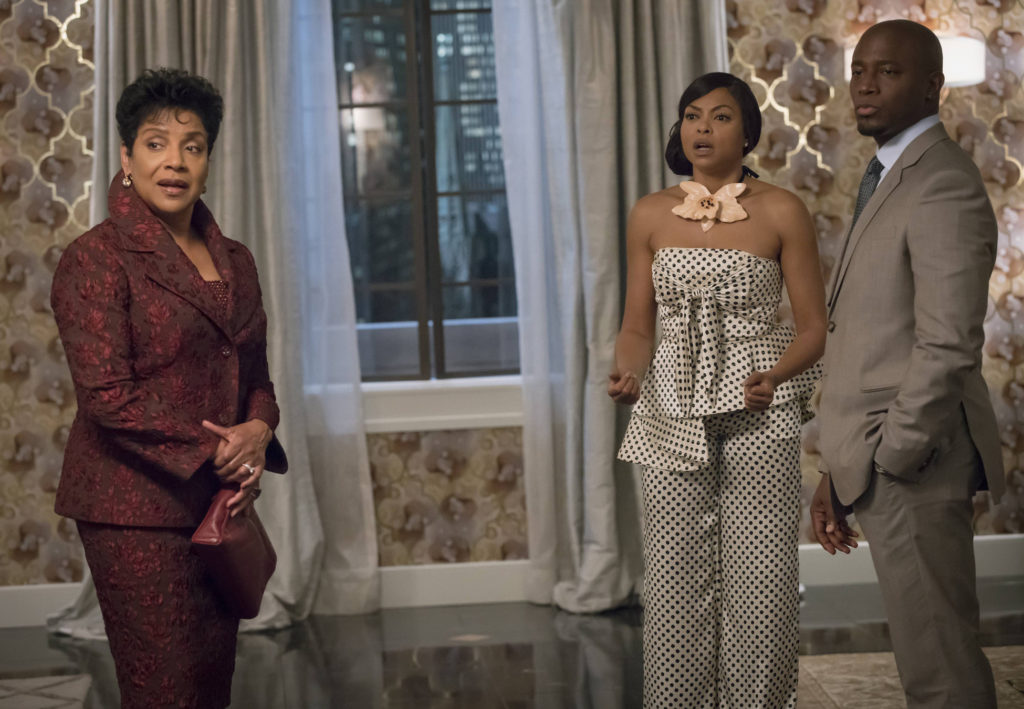 Regardless, Cookie still feels the need to impress Diane and pushes herself with the help of her sons and Candace to remove the funk from her home. Though she invites them all, it  doesn’t go as planned (of course). Jamal arrives high on the drugs that his love interest/producer has been feeding him and Hakeem basically kidnaps his own child, Ella and brings her to the dinner party that Cookie throws for Diane. Hakeem’s irresponsibility has Lucious and Anika banging on the door ruining the entire plans. Andre was, of course, invited because he’s the most professional perception-wise. But he’d rather spend time with Nessa impressing her and having Freda Gatz be used as Shyne’s weapon in his attack on Empire.

This episode works so well because it provides us with some backstory on characters that we really didn’t think we could get anything else from. Plus who doesn’t love a great Vivica A. Fox cameo? The guest stars seem to work best when they actually fit and just aren’t thrown in there for luxury like French Montana or Lil’ Romeo. Although Diane left impressed by Cookie, I can see a point of contention later on and I’m anxious to see how that affects Cookie and Angelo’s relationship and the descent of it. For as much as I love Cookie happy and in love, there’s this sense that Luscious does seem to be the one for her. That foundation she spoke of him always being there and him raising her in the streets has not been forgotten. It’s the cusp of the show and while, one can argue that Empire is definitely not a love story, the record label was raised on one twisted ass love story turned family. Good job on this one guys.

Previous article
‘The Flash’ Review: Everyone Hates Barry in the “Invasion!” Crossover
Next article
‘South Park’ Review: “Not Funny”