‘The Flash’ Review: Everyone Hates Barry in the “Invasion!” Crossover

This week on The Flash: The DC heroes team up to defeat the Dominators, a peaceful alien race who only want to talk.

Last night, The Flash‘s eighth episode of the season, “Invasion!” kicked off the DC crossover event. While Supergirl’s episode was included in all the marketing, it wasn’t really a crossover episode until The Flash dragged her back to Central City to help defeat the Dominators. (Which is okay because it was still a great episode of Supergirl.) After crash-landing and escaping their pod, the Dominators start things off on the right foot by kidnapping the President, because nothing says “peaceful and understanding” quite like kidnapping a world leader.

Even though Lyla told him to mind his own damn business, Barry decides to take on the Dominators with the help of all of his friends. The group gathers in an old hanger and once Barry steals her away from her own universe, they marvel at Supergirl and her abilities. (Some marvel more than others. Know what I’m saying, Sara?) It’s understandable the group is in awe. Kara has more powers in her pinky than the rest combined. Oliver convinces the group to fight Kara in a naive attempt to train them, because that’s gone swimmingly for him lately.

Admittedly one of the best moments of the night was watching Barry try to lead the group while Oliver coached him from the sidelines:

Oh, Oliver, you beautiful, stubborn man. The training montage goes about as well as expected, with Supergirl curb-stomping everyone with her puppy dog smile. Before the episode even aired, viewers daydreamed what things would be like between Kara and Sara, thinking that Sara would (rightly so) flirt with baby unicorn Kara and then Kara would happily shout, “MY SISTER ALEX IS GAY AND SHE’S SO BEAUTIFUL.” While Sara DID deliver, upon a second viewing of the episode, I noticed someone else crushing on our alien hero: Thea Queen. (And I’m not alone in that thought.)

Oh, Thea. I’m so happy you’ve donned the Speedy costume again. I love the person you’ve grown into but man I miss your snark and ability to put Oliver in his place. If the “Invasion!” crossover has done anything, it’s reminded me how much I adore the side characters all of The CW’s DC shows. Especially Thea.

Wally also had an interesting experience during his Kid Flash training montage: 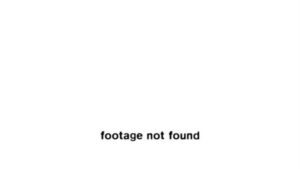 Seriously, Wally, I know you’re eager to help, but you need to slow down and stay away from HR. The dude walks around with his dumb hair cut twirling a drumstick between his fingers, mimicking Cisco’s words like a parrot. Is that REALLY the man you want to help you learn about your powers?

The Emotional Baggage of Heroes

If you thought “Invasion!” was just going to be an action-packed episode of the DC heroes fighting aliens, I’m sorry for your loss. Even Supergirl thought she was just gonna universe-hop to fight some Dominators but all the other heroes decided the apocalypse was the perfect time to bicker.

Don’t get me wrong; Cisco is justified in being angry with Barry for his actions. He’s still grieving the loss of his brother and he’s been angry with Barry much longer than just the last two episodes. I understand his pain, but Oliver was right when he said that any one of them, with that power, would have done the same thing. Hell, Sara has tried. Laurel and Oliver both succeeded in using unknown powers to save their respective sisters. (And I don’t want to hear ONE damn Legends member talk bad about changing the timeline considering the stunts they’ve pulled. SARA. And if anyone should be upset, it should be Stein who learned that he now has a daughter, and I suspect, is also a widower.)

In much the same way as Cisco, Diggle is justified in feeling hurt over the loss of a daughter he never knew, especially given his current emotions regarding the brother he killed. Every single person is right in how they feel, but if Kara can suck up her mommy and daddy issues to fight bad guys, the other heroes can get a straw and do the same. They can’t stay mad at Barry forever, no matter what his future self says or how he’s changed the timeline.

The scenes where Oliver stood up for Barry and talked him down off the ledge did prove one thing, however: Flash writes the Green Arrow better than Arrow. Oliver is a good leader and that’s where he’s most comfortable. He needs more of those situations and less angst on Arrow.

Oliver: “Barry, the world isn’t different because you changed the timeline. Change happens. Tragedy happens. People make choices and those choices affect everyone else. You’re not a god, Barry.”

The Dominators came to Earth under the guise of peace and while we know that isn’t true, “Invasion!” gave us some indication of their power. After the group argued over whether or not Barry should join them (and Oliver rightfully had his back), they decided to waltz up to the aliens and I’m not sure what their plan was, but they were going to reason with them? They failed their training against Supergirl and then thought, “Yea, we’re awesome. Let’s go into this hostage situation like we’re about to go shopping!” By not thinking ahead even in the slightest, the heroes allowed themselves to be mind-controlled by the Dominators. I don’t want to say they asked for it, but they kind of asked for it. Amateur hour up in this crossover, I’m telling you. 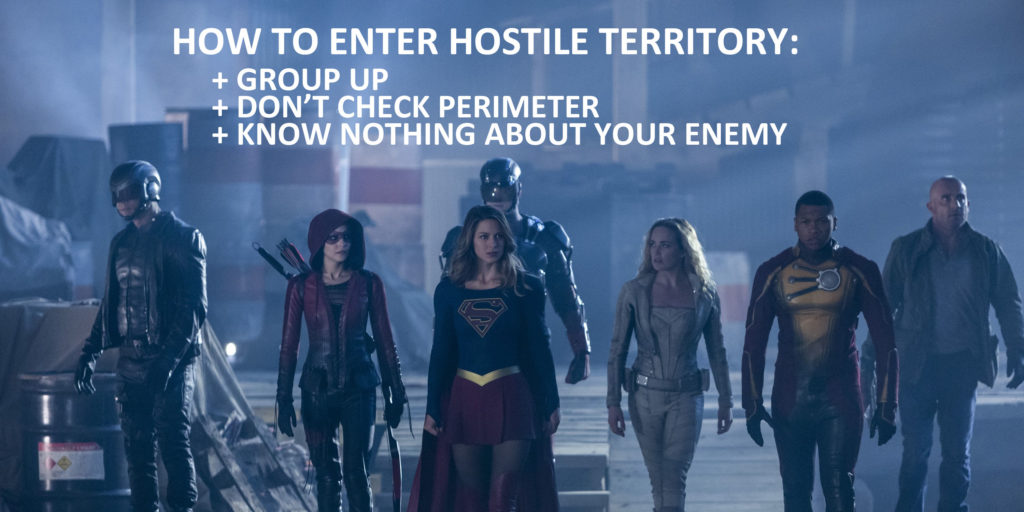 Since Barry and Oliver opted to stay behind and have a (actually very sweet and helpful) heart to heart, they weren’t affected by the Dominators. However, it also means they have to fight against the insanely powerful Kryptonian and a few of her new BFFs.

The CW DC shows haven’t been praised much of late for their action sequences. Sure, Supergirl has had a huge boost in quality and Arrow has seen a small return to its former glory, but most of the good coming out of current episodes has been due to solid character arcs. Up until the fight sequence, the best part about “Invasion!” was watching the characters bicker and guessing when Sara might make a move on Supergirl.

But that fight sequence was top-notch. If people ask where the budget went, I’ll point to the final 15 minutes of the episode. Not only did White Canary land a few blows on the Green Arrow, but the Flash and Supergirl RACED to see who is faster. There was so much cheese and fantastic choreography that I can’t help but be giddy for the two remaining crossover episodes.

In the end, the heroes put a stop the Dominators control, but they aren’t even close to ending their invasion. With Diggle, Thea, Oliver, and Sara abducted, we head into Arrow’s 100th episode to continue the crossover plotline.

GIVE ME BACK MY SARA, YOU ALIEN JERKS.

I don’t think Barry actually messed up Iris and their life together with Flashpoint. BUT I do think he’s going to go all Anakin and do whatever he can to “save” her.

Mick eating a burrito during the alien invasion briefing makes me like him even more.

I love the idea that sometimes when Iris is wistfully staring out over the water she’s thinking of Oliver Queen being the Arrow and it makes Barry jealous.

I know that it’s not feasible to have more crossovers because that would make things more confusing for viewers and it’s an added expense, but I really love the idea of having short webisodes where we get to see all the heroes hanging out. Maybe a scene of Felicity and Iris texting each other memes at 2am or Kara antagonizing Mick with her happiness. It’s clear a lot of these cast members have chemistry; don’t waste it, CW.

The Flash airs Tuesdays on the CW at 8pm EST.