A new Deadpool ongoing series is coming on this November, care of Alyssa Wong and Martin Coccolo.

A new era for Deadpool begins in November and expect him to be deadlier to rise to new challenges along the way! This new ongoing series will be written by Alyssa Wong, known for her brilliant work on exciting books such as Star Wars: Doctor Alpha and Iron Fist. It will also be drawn by Martin Coccolo, who is currently an amazing comic reader in the latest action-packed Hulk vs. Thor: Banner of War crossover.

These rising Marvel stars will be putting everyone’s pizza-faced, smart-mouthed, misguided anti-hero through the wringer of new Deadpool adventures full of insane violence and unending body horror. The Merc with the mouth’s latest lone outings start with a bang as a new mercenary gang sends him on an extremely deadly mission, and a heady villain unfurls a maniacal plan poised to further bruise Wade’s already damaged physique. All, just as a steamy new love interest gets into the mix to make things extra spicy for Wade! 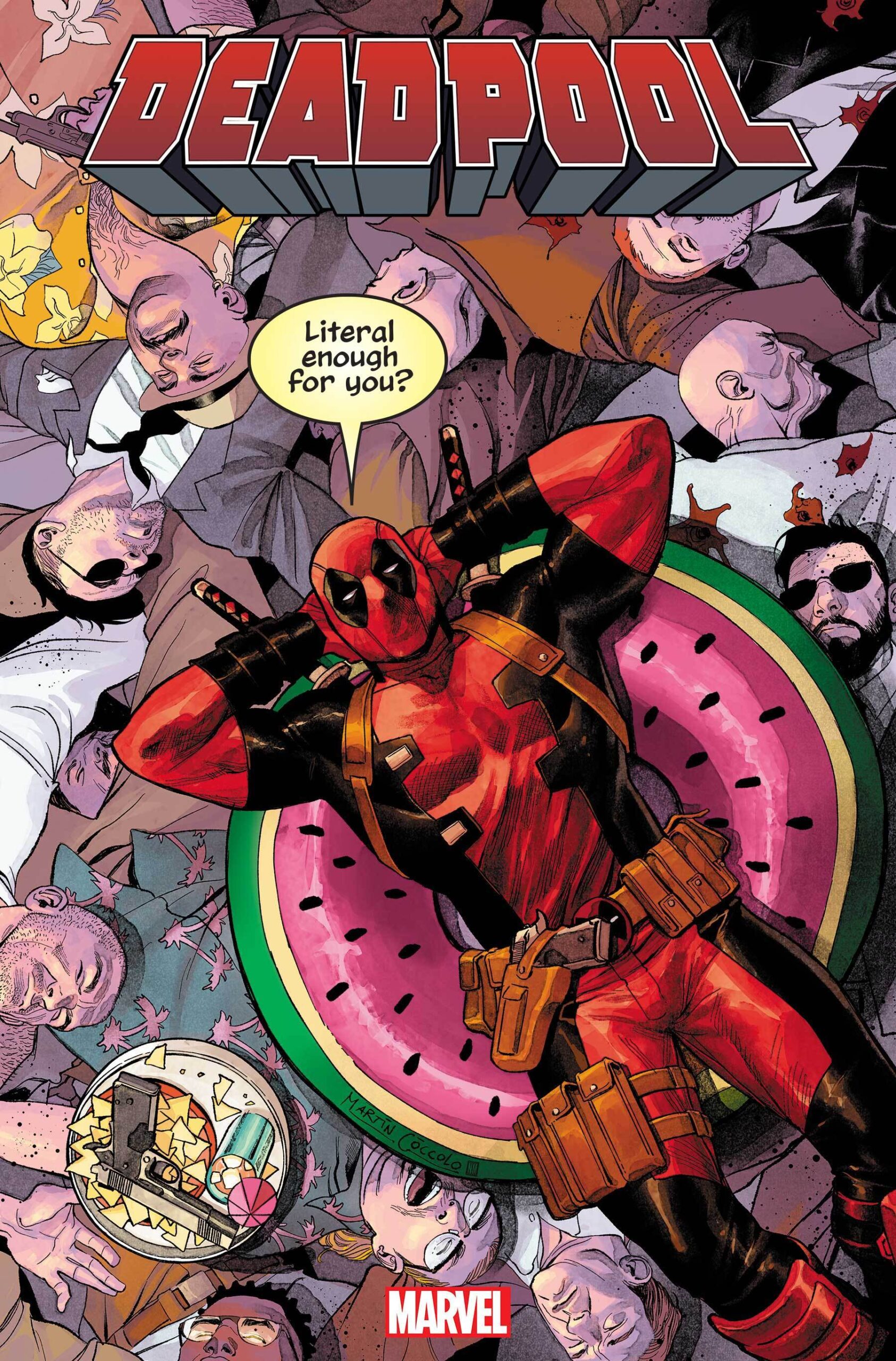 While Wade Wilson is world renown for being a top mercenary/assassin in the Marvel Universe, albeit an exasperating one, he wants that acknowledgment made official as he tries out for an exclusive group called the Atelier. They’ve given him two days to kill one of the world’s most infamous supervillains. The problem? He’s been kidnapped, and something…unusual…is growing in side him. And not in a fun Deadpool kind of way!

“I love chaos. And what is Deadpool if not chaos incarnate? I’m honored to take the reins for Wade’s next solo adventure–expect romance, expect body horror, and expect a wild time!” Wong promises in a press release from Marvel.

“Some time ago I got to do a ten-page story for Deadpool: Black, White & Blood. It was an awesome albeit short experience which left me wanting for more, so when I was asked if I wanted to take the reins of a new Deadpool series I responded with a resounding yes!” Coccolo said. “Then I got to read Alyssa’s script and I loved it! Their script is inventive, dynamic and a lot of fun and working with Alyssa is an absolute joy. They are the best! So I honestly couldn’t be happier with this opportunity and I think, or at least hope, that readers notice how fun this project is for everyone involved and hopefully they hop on the ride with us!”

Previous article
The Midnight Suns Comic Trailer Showcases Heroes From The Darkest Places Coming Together
Next article
What We Do In The Shadows Recap: Pine Barrens