In a move that surprises no one, DC Universe is abandoning its former streaming services and moving into full-on digital comics distribution called DC Universe Infinite

With Harley Quinn officially renewed on HBO Max, along with season continuations on HBO Max confirmed for Titans, Doom Patrol, and Young Justice — Stargirl being the only exception in that its moving  entirely to The CW — it was somewhat concerning as to the fate of the DC Universe application. A service that has been praised by the online community for its integration of all things DC plus accessibility on almost every modern device; the future of the application had undergone a major creative concern after Warner Media, DC’s Parent company, was fully purchased by AT&T.

We have since expected ever this since the massive DC layoffs that the service would be axed (which it was) and even speculated and gave our thoughts and gratitude about the DC Universe service. Thankfully however, the application will still be alive in some form: reformatted into DC Universe Infinite.

Exclusively a comic distribution catalog, DC Universe Infinite will offer all subscribers a whopping 24,000 comics available to peruse at launch. They will also feature DC titles six months after their official release and will even provide digital-first exclusives on its service. With international expansion outside the U.S. is planned summer 2021.

Atop of this, the platform is also planning to launch something called DC Universe Infinite Originals. An exclusive and service specific content available only on DC Universe Infinite. There will also be planned fan-based community events. As DC intends to try and integrate more fans into its comics platform.

However, as of December 2020, DC Universe will no longer be available on ROKU, Apple TV, Android, Amazon, or Xbox. The cost for DC Universe Infinite will be $74.99 for the year or $7.99 a month. 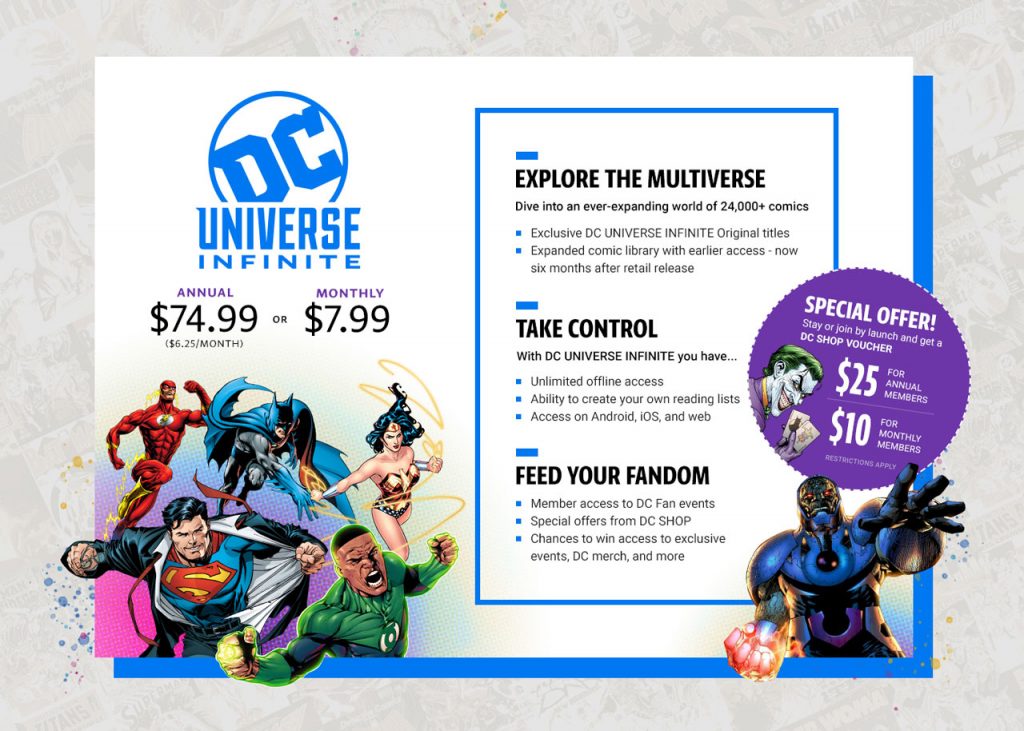