Vincent D’Onofrio always makes a formidable bad guy and as The Kingpin in Netflix and Marvel’s upcoming “Daredevil,” he looks just just as intense and intimidating as any villain in the MCU.

The shadowy figure behind organized crime in Hell’s Kitchen, Wilson Fisk has one mission in mind: to save Hell’s Kitchen by any means necessary, no matter the cost.  This immediately puts him at odds with Matt Murdock’s vigilante alter-ego, who also seeks to protect the city – but sees the criminal element as the root of the city’s problems.  Central to this conflict is that Fisk truly believes he’s doing good for Hell’s Kitchen and at times may seem more of a hero to its people than Daredevil.  Intelligent, complex and physically imposing, Wilson Fisk is the perfect foil for Matt Murdock, and the two will collide dramatically in Marvel’s Daredevil.

Here’s a close up look of D’Onofrio as Wilson Fisk: 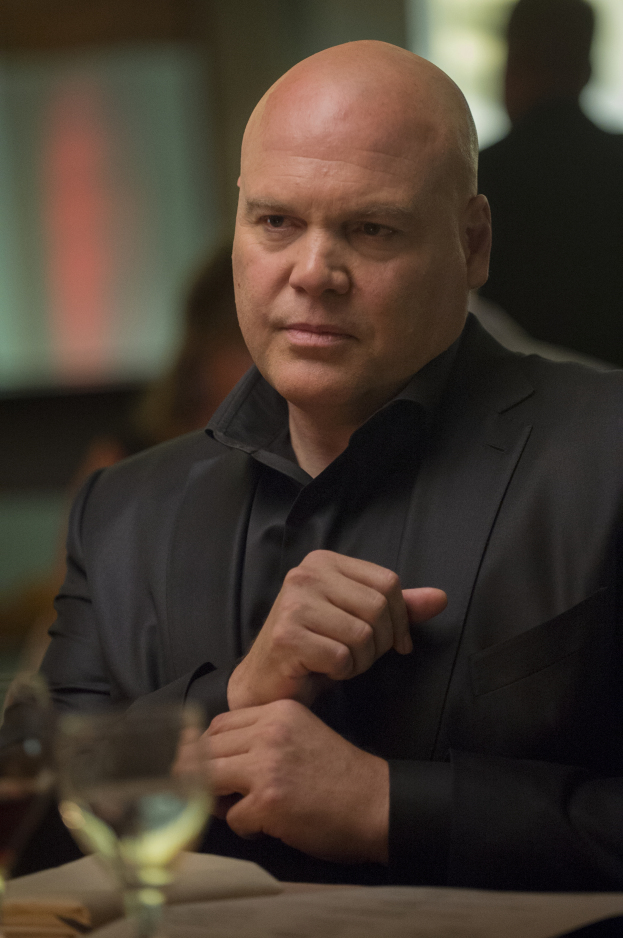 “Daredevil” comes out April 10 on Netflix where you’ll be able to binge watch all 13 episodes asap (I know I will!).

Images courtesy of Netflix and Marvel.