Many loved the surprise of Her Story last year on PC and iOS. The creator, Sam Barlow, has recently gone to Twitter to announce a new game… sort of. The tweet simply read “HS2 has a 1-pager. Neat”. He even kindly included a (very blurry) screenshot of the page. This gave many fans reason to be excited. 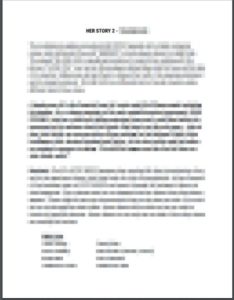 While we know very little about the new project, Barlow went on to respond to fan speculations. He said that the new game will have “no relation story-wise to Her Story“, but did say that it will stick to the same live-action format. He also claimed that Her Story 2 is only a “working title”.

Are you excited to see more from creator Sam Barlow? Would you like a direct sequel to Her Story or something completely different? Let us know in the comments down below!