It looks like Captain America is warring with more than just Iron Man these days. The homegrown hero has turned his sights to the sky and picked a fight with our beloved Star-Lord over a silly game of football.

@ChrisEvans We both know there’s only one Captain America and his name is Russell Wilson. #SuperBowlBound #LOB #Repeat — chris pratt (@prattprattpratt) January 19, 2015

@prattprattpratt I accept. And when the Patriots humiliate your seachickens, I expect Star-Lord to arrive at @chris_haven in a Brady jersey — Chris Evans (@ChrisEvans) January 21, 2015

@prattprattpratt @ChrisEvans Can’t we all just get along? — Marvel Entertainment (@Marvel) January 20, 2015

My thoughts exactly, Marvel. Boys, take off your shirts and make up. 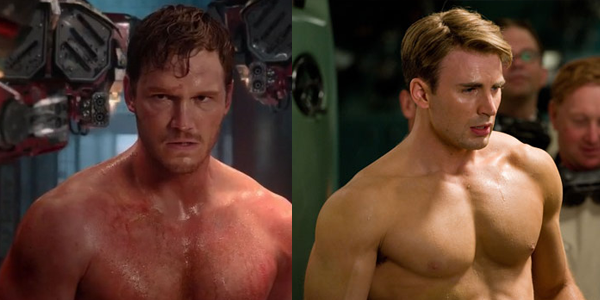