At this year’s BookCon in New York City, author Cassandra Clare revealed some interesting tidbits about her upcoming novel Queen of Air and Darkness. This will be the third (and last) book in The Dark Artifices series that follows the complicated and dangerous lives of the Shadowhunters at the Los Angeles Institute – Emma Carstairs, the Blackthorn family, Diana Wrayburn, and Kit Herondale.

The ending in Lord of Shadows (book two of TDA) was a huge cliffhanger and thus fans have been eager for new information relating to the epic finale of the series. During her solo panel at BookCon last Saturday, Clare said that a lot of things would be changing in the Shadowhunter world, which is not surprising given the rise of the Cohort thus far. The Cohort is a group of extreme members of the Clave who believe that Downworlders are inferior to the Nephilim and should have their rights restricted. The author expanded that readers shouldn’t be attached to anything because it could easily change.

“A lot of things change in the Shadowhunter world so I guess I would say you should not expect anything that you think is a permanent part of the world to stay the same,” Clare said.

We also gained some insight as to how the the last U.S. elections affected her writing as it modified the way she was shaping her villains. She had to put herself in the shoes of these characters and from their perspective think about realistic choices they would make in order to protect the ones they loved because no one is the villain of their own story.

In addition, Clare also revealed that the characters in QoAAD would be going through high highs and low lows, part of the novel will take place some place we haven’t seen yet, there would be a very painful scene towards the end, and that people will definitely have feelings about the ending itself. Not gonna lie, I am both ridiculously excited and anxious as hell.

SPOILERS FROM LORD OF SHADOWS AHEAD

So many crazy events happened in LoS that my mind wonders which of these events may be related to that super painful scene:

The good news though is that Queen of Air and Darkness has been completed and is now in the hands of Clare’s editor. The novel is going to be extremely long and is set to be released December 4, 2018.

Here’s also a look at the exclusive poster featuring Julian Blackthorn and Emma Carstairs (illustrated by Erin Kelso) that was given away to lucky fans at BookCon. 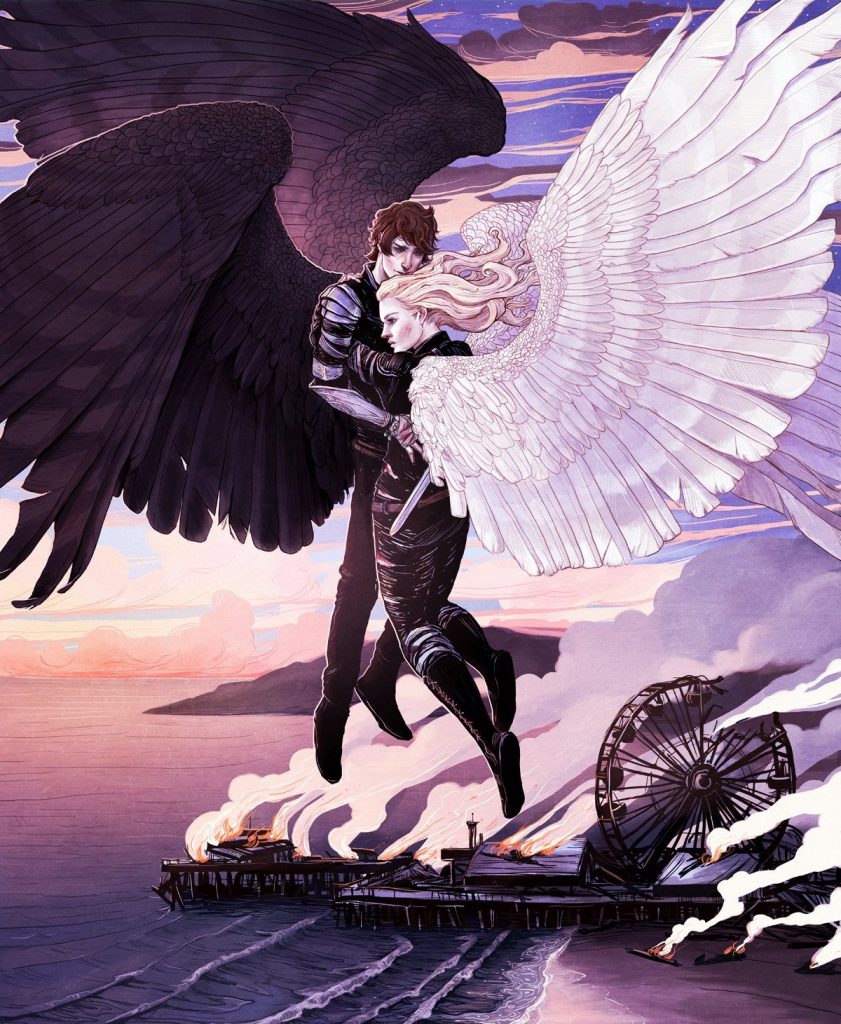 For even more juicy info on QoAAD, check out Clare’s Tumblr HERE. She’s mentioned that we’ll find out the identity of Kit’s mom!

What if damnation is the price of true love?

Innocent blood has been spilled on the steps of the Council Hall, the sacred stronghold of the Shadowhunters. In the wake of the tragic death of Livia Blackthorn, the Clave teeters on the brink of civil war. One fragment of the Blackthorn family flees to Los Angeles, seeking to discover the source of the disease that is destroying the race of warlocks. Meanwhile, Julian and Emma take desperate measures to put their forbidden love aside and undertake a perilous mission to Faerie to retrieve the Black Volume of the Dead. What they find in the Courts is a secret that may tear the Shadow World asunder and open a dark path into a future they could never have imagined. Caught in a race against time, Emma and Julian must save the world of Shadowhunters before the deadly power of the parabatai curse destroys them and everyone they love.

Previous article
‘Unbreakable Kimmy Schmidt’ Review: The Beginning of The End
Next article
‘Telltale’s The Walking Dead: The Final Season’ Premieres this August