This Week on Awkward: It is the most romantic time of the high school year… promposal season!

Jenna is walking around school internal monologuing about how being adult means being miserable and how everyone but her is able to enjoy prom season. So basically a normal Tuesday. In order to avoid witnessing even a glimpse of her classmates joy, she decides to put her hand blinders on. This results in her knocking into a unicycle riding highschool mime, subsequently ruining his promposal. Seriously, if you ask your date to prom wearing a tophat while riding a unicycle, you kind of deserve to be knocked over. 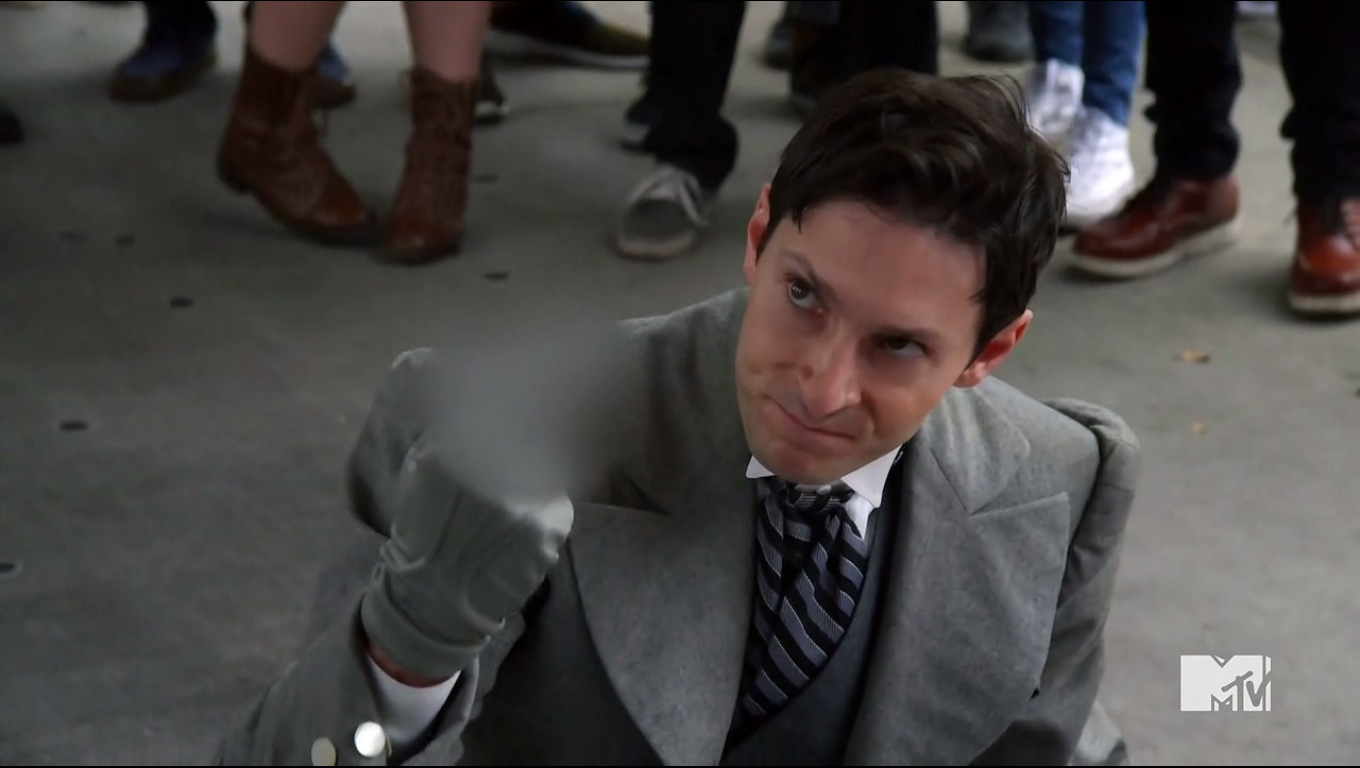 Jenna meets up with Tamara just in time to hear T rant about how prom is the devil’s creation. While Jenna understands that Tamara’s hatred of prom stems from being heartbroken over Adam, she ignores her friend’s cry for help. Instead she steers the conversation right back to herself by telling Tamara that she is thinking of asking Matty to prom. This stops Tamara right in her tracks. T finally tells her the truth, that Jenna is a Matty addict, and then paints Jenna a prom portrait (this is too good to paraphrase)

Tamara: “You and Matty go as ‘just friends,’ and then the first Adele ballad in you start spilling your feelings. You make out and then you start dating. Oh! Hooray! No, not hooray. All summer long the dark cloud of long distance will loom over you and you’ll be stressing so you’ll get in tons of fights. Then, you’ll be at Wyckoff in Maine, and Matty will be at Berkley. You’ll fly cross-country on the weekends, therefore you won’t be making any friends as your new school. And then when Matty finally does come visit you, he’ll go snowboarding, he’ll break his leg, and he’ll be walking with a limp. Not only have you ruined his soccer career, but everyone will call him Matty McLimpin’. ALL BECAUSE YOU SHARED YOUR FEELING AT PROM.”

If any other character were to say these lines it may have felt expositiony and forced, but I completely believe that Tamara has thought out every possible outcome of the ‘Jenna and Matty Saga’ and is just trying to spell it out to her naive, self-centered, friend. 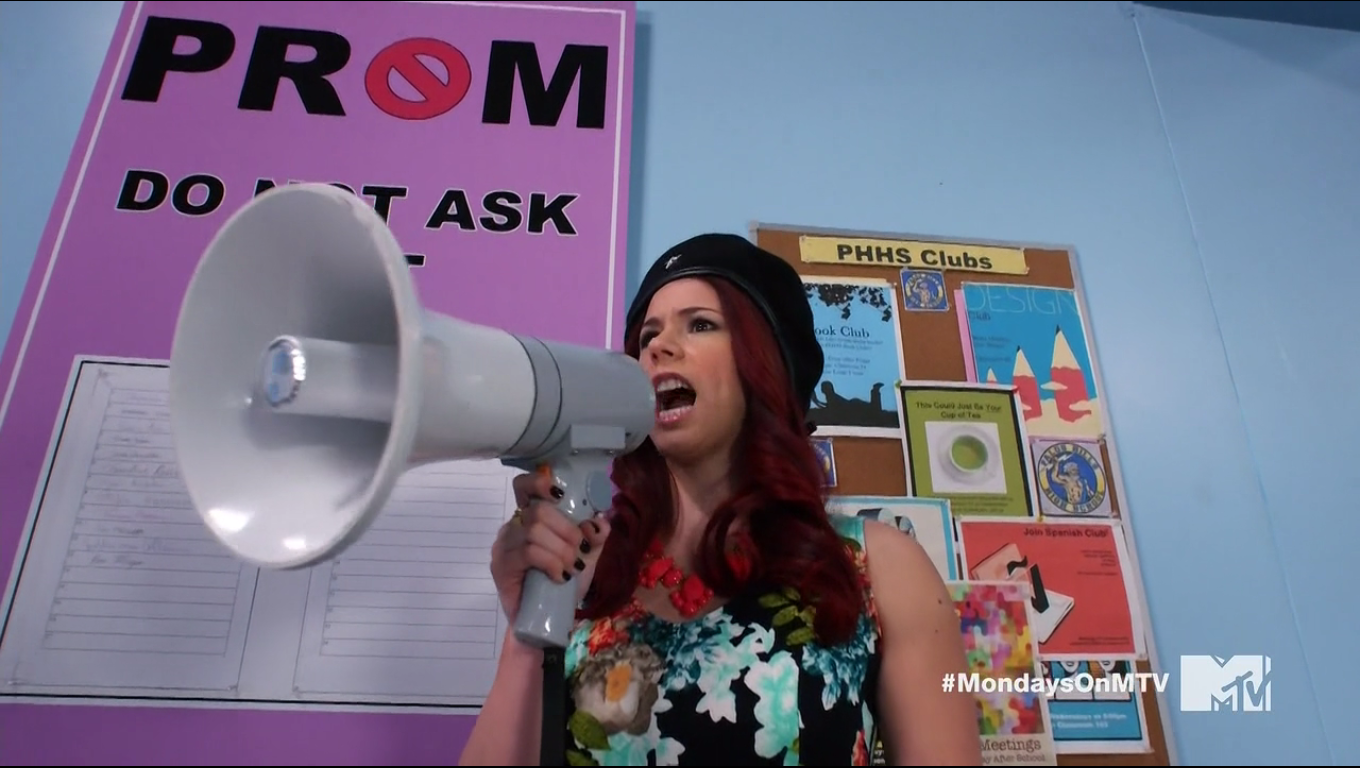 I am not sure how this would ever be enforced, but I’ll just go with it. Jenna is psyched because this list somehow solves all of her life’s prom-blems. That is until she finds out she was voted into prom court. Also voted into the court, Matty and Kyle (oh I miss this budding friendship!). Jenna decides that she has conquered her Matty addiction, therefore posing with him for prom pictures would not cause a relapse. Boy was she wrong. She is unable to handle the close proximity to her drug of choice and she runs off to take prom pictures with Kyle.

Jenna’s awkwardness continues when Lissa forces Matty and Jenna to practice their Prom Queen and King slow dance. While dancing Matty tells Jenna that he gets all the hints Jenna is giving, Jenna hates him for reasons that are unclear. These reasons are unclear because Jenna is fucking insane. While she watches Matty run out of prom court rehearsal actually says

“The only person I hated was myself, for putting us through this.”

No she didn’t say she hates herself for putting Matty through this, she said putting US through this. As if her actions are causing equal amounts of confusion and pain for both her and Matty. Us through this? I have no words for you Jenna. No words at all.

Jenna pulls her head out of her ass for about a second, and realizes that her best friend Tamara is still in pain and would be really upset if she actually missed prom. She decides that what she needs to do is go to prom with someone she loves, so she promposes to Tamara. Tamara says yes and then informs Jenna that she will be sending her a Pintrest board with dress options for Jenna. 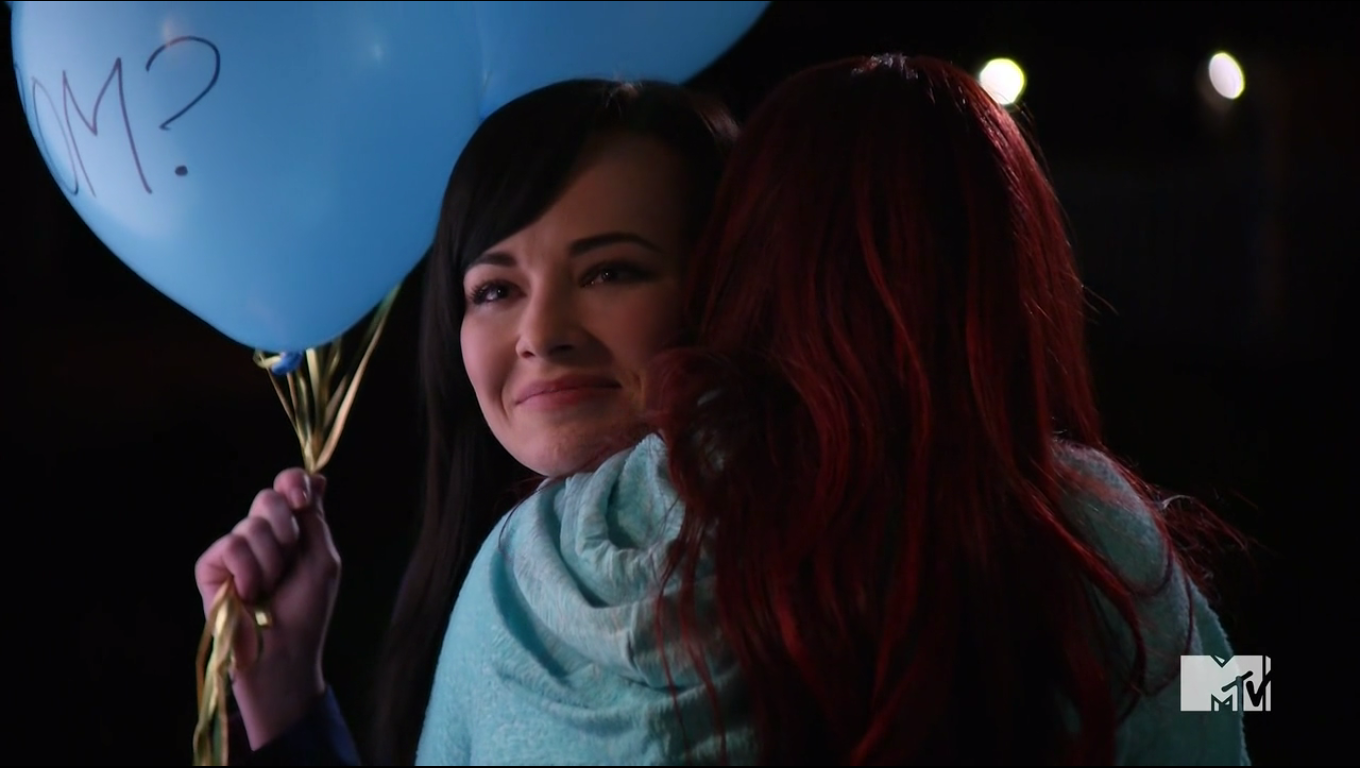 In Sadie News:
Sadie is still reeling from last week’s revelation that her mom is still an actual monster, and takes all her anger out on Sergio, who has no knowledge of Sadie’s new Momma Drama.

When Sergio comes to pick up Sadie after school, he does it in his new ride/ business… a brand new food truck! Sadie freaks out because she thought he understood the future that she planned for the two of them. He was supposed to come with her to NYC and stay in her Columbia dorm room single. Later, after the blowout, Sadie goes to apologize to Sergio but he is not having it. He is fed up with Sadie treating him like a shit, and knows that his needs will never be a priority in this relationship. Sadie begins to plead to Sergio, promising that she will try harder, she will be better for him. Seeing Sadie plead pulls at my heart strings! When does she ever show so much vulnerability? In the end, her words fell to deaf ears and Sergio called in quits.

Sadie heads over to her best, and most reliable friend, Matty, for a comforting shoulder, and the two decide to go to prom together as friends.

Other Random News:
Cole has a new cute boyfriend (who I have never seen on screen before) are going to prom together which pisses Theo off. This leads to Theo asking Lissa to prom, to destroy it from the inside.

Tamara: 90% of the prom going public expect Pretty in Pink, and they get Carrie. And who profits?
Jenna: Dry Cleaners?
Tamara: It’s the big corporations! It’s the prom industrial complex.