I have but one question for you, Arrow: how could you fit so much action into one episode? AND you managed to make it work. Kinda. But we can talk about that later.

Truly, the highlight of Arrow’s fourth episode, “Penance,” was the flashback. Anatoly instructs Oliver to find Klovar’s money collector, who at the time was in a Russian jail. We got to see Oliver pass as a drunk American party boy and get arrested. He got the information he needed out of Pyotr Friedkin, and then, in a turn of events, snapped his neck. In those five or ten minutes of the episode, we saw Oliver Queen graduate from the ex-playboy to the level of Bratva. I loved watching the origin of the “drunk but not really” act that would basically be Oliver in the first season. I will be sad when we won’t have flashbacks anymore, but I’m curious: how did Oliver’s hair grow so fast after last season’s haircut? Besides the point. But still, food for thought. 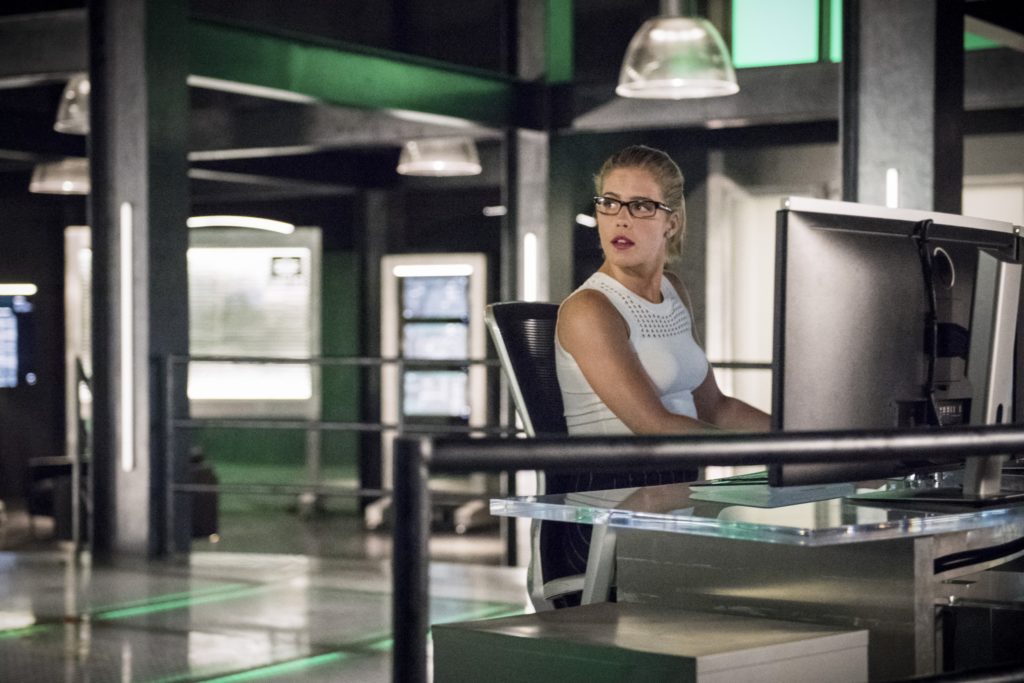 I’m gonna be honest. I didn’t know what the heck was happening with Felicity and the new recruits this episode. And why Felicity was against breaking Diggle out of prison was beyond me. They’ve done far worse things in their time. (example: oh, I dunno, killing people?)

Also, when the recruits stood in a line in the middle of the road to “try to stop Oliver” seemed like a weak attempt from the directors to show that the recruits were against Oliver’s prison-breaking Diggle. The scene was literally thirty seconds long. It didn’t even seem necessary. I mean, come on. They stood in the middle of the street. It’s not like Oliver was going to turn around because there was a person in the way. The episode was like, “No, I’m absolutely never letting you do this. Ever. Oh, my bad. Well that’s the end of that. I’ll move on now. You can do whatever you want.” Why would you even try to stop Oliver? What did you think was going to happen?

So… yeah. That whole part of the episode was a bit of a mess.

The end with Wild Dog’s sacrifice also seemed way too forced. The producers obviously want the audience to like his character, seeing as he’ll probably be a part of Team Arrow for the rest of the season, which is what I assume the next episode will be about.

Rene’s change of character in the end was awkward, given his situation. He made it obvious throughout earlier episodes that he didn’t care at all about the team, nor did he trust Oliver. But lo and behold, there he was, sacrificing not only his life, but his sanity for the three other people on his team. Felicity didn’t really seem to care either. Her decision to leave him seemed simple enough. “Yeah, just leave him. It’s chill. He was gonna turn on us either way.” I loved seeing the Oliver/Lyla dynamic throughout the episode. Their mutual respect for each other is so cool to watch onscreen. Their lines are so smooth and watching their chemistry in the field is better than Oliver and Felicity has been recently. (Not that I ship them. They just have cool on-field chemistry.)

Actually, Oliver and Felicity basically have had little to no chemistry at all this season. And Felicity’s significant other has been mentioned twice this season, so who knows what’s going on with him? Was adding yet another character necessary to the show? There has been controversy this season that Felicity seemed to need a boyfriend to be a contributing character to the show. It felt like he was put there just to create artificial “drama.”

It seems romance in general has been put aside so far. Recently in an EW interview, Stephen Amell and Greg Berlanti mentioned that a scene mentioning Olicity’s relationship (or lack thereof) will come out soon. So we can look forward to that.

But the real romance is the one between Oliver and Diggle. Hashtag FEELS. They keep each other rooted. When one person does something dumb, the other is there to knock them upside the head and tell them to get it together. Where would they be without each other? Of course, Oliver had to rescue Diggle from prison. It was a no-brainer for him.

Those few moments between brothers dissipated all concern that Oliver/Diggle’s relationship wouldn’t be the same after the events of last season. Oliver showed that he understood the dilemma Diggle was going through and he told him that he could help. I’m sure the dilemma Diggle is facing (killing his brother, that is) will be a recurring theme throughout this season, but at least now he has Oliver at his side. Now, the only place he can go is up. (Which basically means, he’s probably going to get over it by the end of the season.) Also, Diggle is officially/unofficially returning to Team Arrow. Team Arrow won’t just be chock full of newbies. We may regain some of the ol’ chemistry.

I will enjoy seeing the Diggle and Oliver dynamic in the next episodes. We now have another veteran returning to Team Arrow to teach the young’uns.

Although all of the different storylines of the episode seemed unrelated or disconnected, the episode managed to all in all have good characters, action, drama, and plot line. Next episode, I hope to see more of Prometheus and the other villains.