The Kickstarter for the Final Issue launches today.

A bold take on an alien origins story, Area 51: The Helix Project is one of those passion projects from a team that’s breaking grounds regarding what’s possible within the comic medium. We had the wonderful pleasure of speaking about this project a month ago, which by all accounts, is a fantastic comic series that blends some seriously talented and visceral action sequences with a story that balances edgy and hardboiled science fiction. The story synopsis is as follows, taken from PocketWatch Press’ latest press release:

“A child of two worlds is forced to excavate the trauma of his past when a mysterious unknown places his father’s death into question. Tortured by the loss and driven to uncover the circumstances surrounding the murder of his father after having exposed his alien physiology to save a child’s life, Kent is dragged into the jaws of a Cold War genetics conspiracy; what’s left of him is forced to face a twisted ghost from its past as it plunges a dagger into everything he’s come to know about himself, and ultimately, what it means to be human.”

Fans of the series will be pleased to hear that the Area 51: The Helix Project launched its final Kickster today. The comic is created and written by Trevor Fernandes-Lenkiewicz, with art by Nigerian artist Samuel Iwunze, colors by the Troféu HQ Mix award-winning Marcio Luis Freire, and letters by the Ringo & Tripwire award-winning Taylor Esposito (xxxx).

“This must be what it feels like to send your first born child out into the world,” said Trevor Fernandes-Lenkiewicz (He/Him). “This story was born from a place of not knowing who I was in a world that tried to force feed a life to me. I had the fleeting dream of writing comic books despite a trajectory toward stability and a well-respected career in molecular biology research, so naturally a story formed around a young man looking to figure out who he was too—independent of all the voices that tried to command his sense of self. Kent’s journey eventually took on a life of its own, and somehow, his growth taught me more about myself than I ever could’ve learned without him. Having the opportunity to end his story, to experience his struggle coming to grips with who he was, and further, who he wanted to become changed my life too. For that opportunity, for the readers that allowed me to get to this point by connecting with him—and with myself by default—I am grateful beyond words.”

“It’s not every time you find a creative partnership that has this type of synergy and open mindedness. It’s what pushes you to provoke what you think art is,” said Samuel Iwunze (He/Him). “Working on this book with Trevor has shown me that this possibility is not lost. I’ve learned a lot in my short stay on this marvelously written comic. I haven’t made art as wild, dynamic and emotional as this before, and thanks to what I’ve learned from Trevor, from everyone involved, I can say the possibilities became endless.”

Below, is the series’ final trailer along with some stretch goals the project seeks to achieve. You can check out their Kickstarter page to support the project. 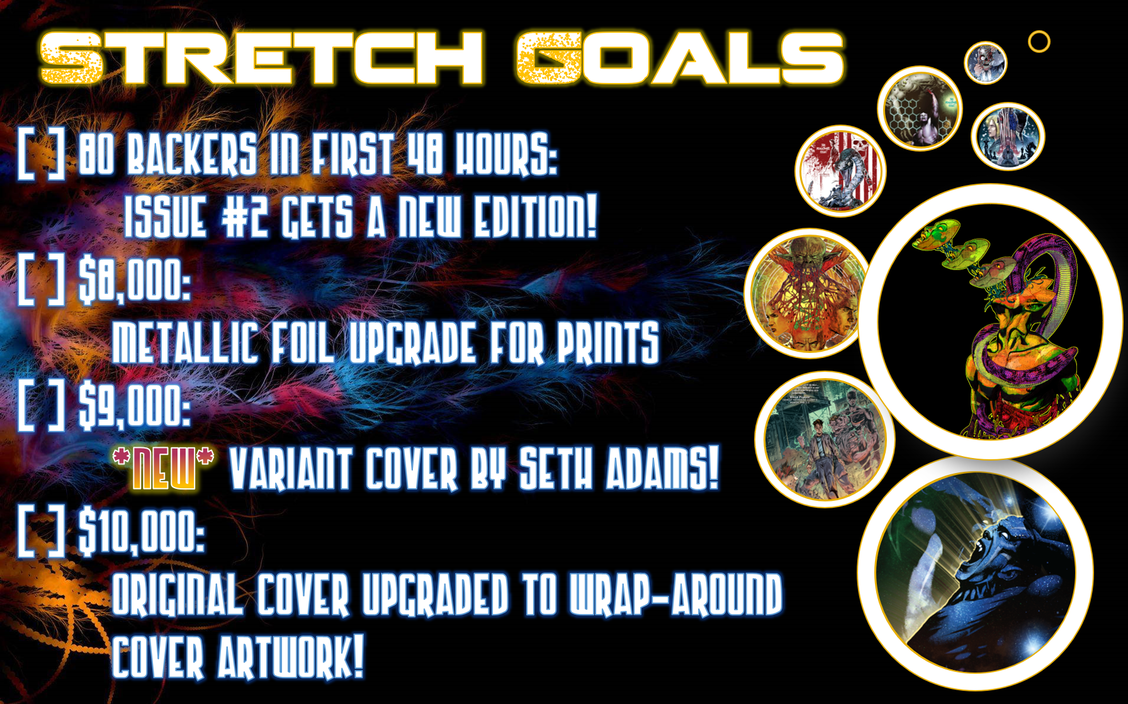