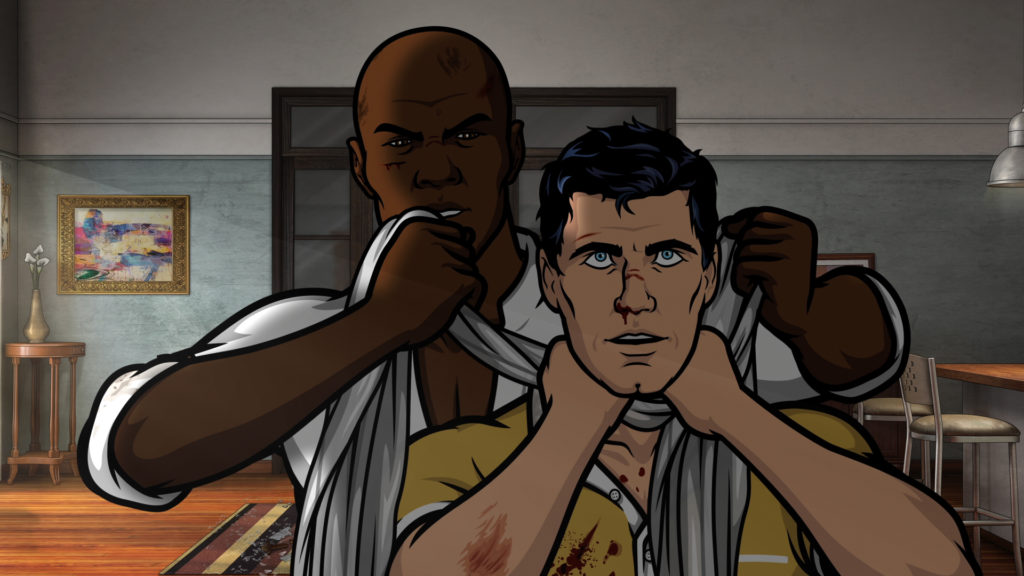 The “unreboot” of Archer, which I promise to stop repeatedly mentioning, isn’t so much about returning to the spy setting as it is about refocusing on the emotional core of the series: the utterly dysfunctional relationships of its characters. For all his recklessness, Archer is a supremely capable (and lucky) spy who is never actually in any real danger. Without any legitimate external threats (with the exception of a vengeful cyborg or two), it’s no surprise that the best and most compelling moments in the series are also deeply personal. “Three to Tango” represents a renewed confidence in the heart of what makes Archer so great: a strong character-focused thread running through the show that both grounds and contrasts the absurd comedy and over the top action.

CIA handler Slater (played by Christian Slater) offers Malory’s office a mission to provide support and extract a freelance operative on a mission in Argentina. To their surprise, the operative is none other than Conway Stern (voiced by Coby Bell), a double agent who infiltrated ISIS way back in season one’s “Diversity Hire”. Archer has a bit of trouble getting over the fact that Conway Stern literally and figuratively stabbed him in the back last time, and has a little revenge rampage to work it out of his system when they first meet. We once again see some great animating in the fight scene here, but it’s amusingly intercut with shots of Lana unflappably preparing tea (I also enjoyed the quick, slap-sticky use of cymbals that helps the scene strike that balance between something out of the Bourne trilogy and a petty scuffle between two man-children). Lana ultimately puts a stop to the fighting, and they agree to help Conway retrieve the information from the Argentinian intelligence headquarters before extracting. 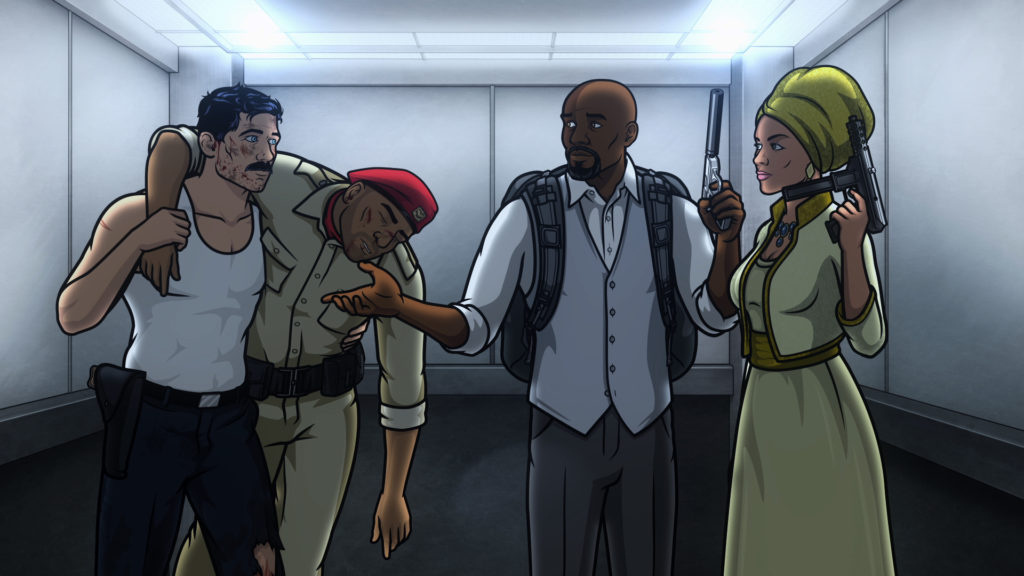 Despite the return of Conway Stern, Archer’s mostly preoccupied with the question of who will take care of baby AJ if anything should happen to Lana and Archer. He assumes that Malory and Woodhouse would become her caretakers, which is a delusion Malory also shares before immediately losing track of AJ in the office, but Lana mostly just attempts to avoid the question. For one thing, they’re currently on a mission, but she also doesn’t want his feelings to be hurt by the fact that Lana’s parents or sister would become AJ’s legal guardians if anything should happen to her.

Meanwhile, after a frantic search, Malory ultimately realizes that AJ is with Krieger and whatever insane experiments he’s conducting, and threatens him at gunpoint while retrieving the baby (touching, in that terrifying way that only Malory could pull off). None of it is revelatory or overly dramatic, but lends just the right amount of heart to an episode that could otherwise just coast on its comic bickering and secret agent shenanigans.

Ultimately, Conway betrays Archer and Lana again, confirming Archer’s suspicions (and causing him to take a few bullets in the back), but doesn’t manage to escape without losing his other hand. They secure the disk and get picked up by Slater, who had been tailing them to ensure the operation went smoothly.

Overall, it was a very good, well-rounded episode that has “classic Archer” written all over it. Three to Tango manages to capture the right blend of comedy, action, and sentiment that it requires to keep the show grounded despite the often ridiculous circumstance. Case in point, the episode just ends with the assumption that Archer will be fine (of course he will), despite taking five bullets to the back. Not many shows can pull that off.