And if you missed the first entry, you can start here: 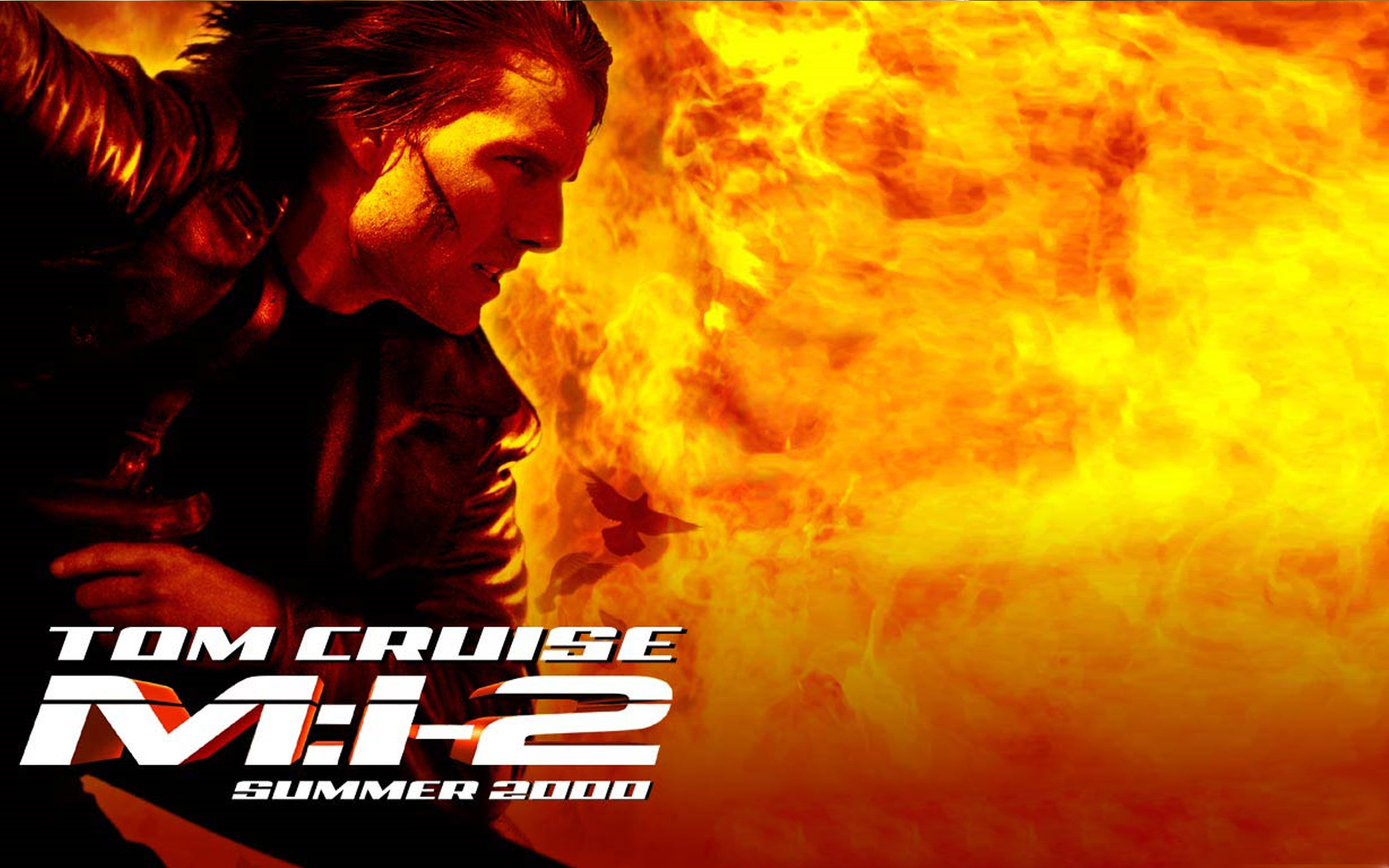 The one that ditches the complicated, dense plotting and international post-Cold War intrigue of the first film and gives us a film that is far different in terms of mood and tone. It’s basically “Mission: Impossible Anime” with balls-to-the-wall action. Also, it has Anthony Hopkins because reasons.

Gone is Elfman’s retro spy-and-cocktails musical chic. It’s replaced by a grinding (yet, fitting for this movie) musical score by Hans Zimmer with an assist from Fred Durst who single-handedly bursts your eardrums with a metal version of the Mission: Impossible theme.

But, I’m getting ahead of myself…

This time around, Hunt finds himself in the middle of Australia, trying to stop a former IMF agent (Dougray Scott) from getting his hands on a dangerous virus so that he and his gang can rake in the stock profits on the cure they also possess, when the virus is unleashed on the public by his partners. Hunt is joined by the free-spirited Billy Baird (John Polson) and tech guru from the last film, Luther Stickell (Ving Rhames). The action is insane in this film and every set piece is filmed with tender, loving care as John Woo gives us a violently surreal ballet.

The script from Robert Towne, meanwhile, ranges from hammy to overwrought to blatantly sexist/misogynist with such gems as:

Ethan: No. She’s got no training for this kind of thing.

Swanbeck: What? To go to bed with a man and lie to him? She’s a woman – she’s got all the training she needs.

Ambrose: Suppose she IS some sort of Trojan horse sent in by IMF to spy on us…why should I deny myself the pleasure of a ride or two?

Ambrose: You know women, mate. Like monkeys, they are: won’t let go of one branch until they’ve got hold of the next!

There are those who’d say that the lab raid was the best scene. I’d say that had the best music. For me, it’s Ethan and Nyah (Thandie Newton) locking eyes for the first time at the flamenco dance hall in Spain. The music is spot on, the slow-motion photography catches two people who have an immediate connection beyond the obvious cat-and-mouse game they’re about to play and it’s beautifully hypnotic.

Swanbeck: Well, this isn’t “Mission: Difficult”, Mr. Hunt, it’s “Mission: Impossible”. “Difficult should be a walk in the park for you.

Ambrose (to Ethan): You know, that was the hardest part about having to portray you: GRINNING LIKE AN IDIOT EVERY FIFTEEN MINUTES!

I saw this prior to a shift I had when I was working retail and I think I saw it like four more times after that. Being the complete John Woo fanboy, I ate this up like the red meat it was intended to be and I wanted more. Watching it again, the film still has some beautiful moments and the pacing is awesome and, really, it’s a fine action film — but it’s sad to see the entire concept of Mission: Impossible being replaced with Tom Cruise zipping around on a motorcycle while shooting at Ambrose, big gun battles, an epic martial arts-fueled fight to the death on a beach. It’s just not what the TV show was. Doesn’t matter, I suppose. Paramount had a cash cow on their hands and Hollywood is rarely interested in subtlety when it comes to films based on old television shows. They did kick it back a notch and mixed in some of the complex plotting from the original show for the third film — but the movie is easily the weakest of the series. I highly recommend Hans Zimmer’s soundtrack, though. That’s the highlight of the film. He was scoring Ridley Scott’s Gladiator at the same time he was scoring this movie (even Lisa Gerard is heard singing on both) and, I must say, this soundtrack is far more memorable than Gladiator. The tracks, “Seville” and “Injection” alone make the score worth the price.

@theworkprint
Follow
Previous article
‘Silent Hills’ May Not Happen But Creators Kojima and Del Toro May Be Collaborating In The Future
Next article
True Co-op Experience Coming to ‘Halo 5: Guardians’