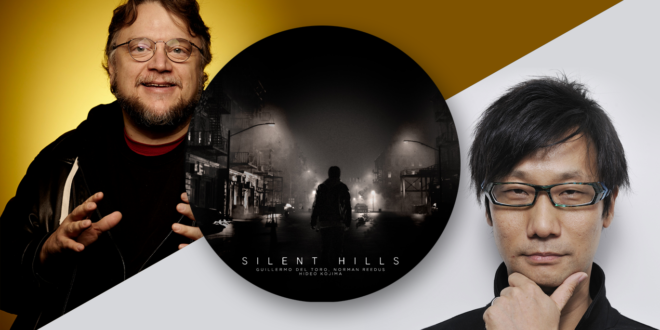 At E3 2014, Konami made waves with the announcement that Hideo Kojima, creator of the Metal Gear Solid series, and famous movie director Guillermo del Toro would be collaborating on a future project. At the show they announced that the game would kick off with a mysterious Playstation exclusive demo, known only as PT (Playable Trailer).

It was later revealed to be a new game in the Silent Hill series, known then as Silent Hills. With the excitement from the demo, and knowing the great work from both involved, the horrific possibilities in my mind were endless. I couldn’t wait to hear more.

Sadly, the project wasn’t meant to be. In a very public spat between Kojima and Konami, the publisher quickly began erasing Kojima and his team from all future projects. This included removing Kojima’s name from the much anticipated Metal Gear Solid V: The Phantom Pain (releasing this September), as well as ex-sponging the existence of the PT demo off of the Playstation Store. (Be careful: Even if you already own the demo on your system, there is no way to redownload the software if you happen to lose it.)

In an interview with IGN, del Toro spoke fondly of the project. “We were in the planning stages, and it’s a shame it’s not going to happen. We were talking about really pushing the boundaries of the new consoles, and making the game really mess with your head. One of the great moments in Metal Gear [Solid] was Psycho Mantis. The idea that a game can actually interact with you, and stuff like that.”  Reading those words made the loss of the project even harder for this gaming enthusiast.

The good news is that Del Toro also brought to light that he and Kojima may still work on a project in the future; it just wont be Silent Hills. “I love working with Kojima-san. We are still in touch. We are still friends and working into doing something together, but that’s not going to be [Silent Hills].”

While we may have lost Silent Hills, an original project may be better for the duo. It may allow them to really stretch their creative muscles. Are you excited for this new, mysterious project? Or are you still mourning the loss of Silent Hills? Let us know in the comments down below!

Bandai Namco has announced Code Vein will release in September 2019.