Every day this week we will recap each film of the official James Bond franchise (discounting “Never Say Never Again” and the 1967 version of “Casino Royale” — sorry, completists), leading up to our review of “Spectre”. Take a journey with us (and be prepared to be “shaken, not stirred” — yeah, you had to see that joke coming) as we take a look back at over 50 years of James Bond! 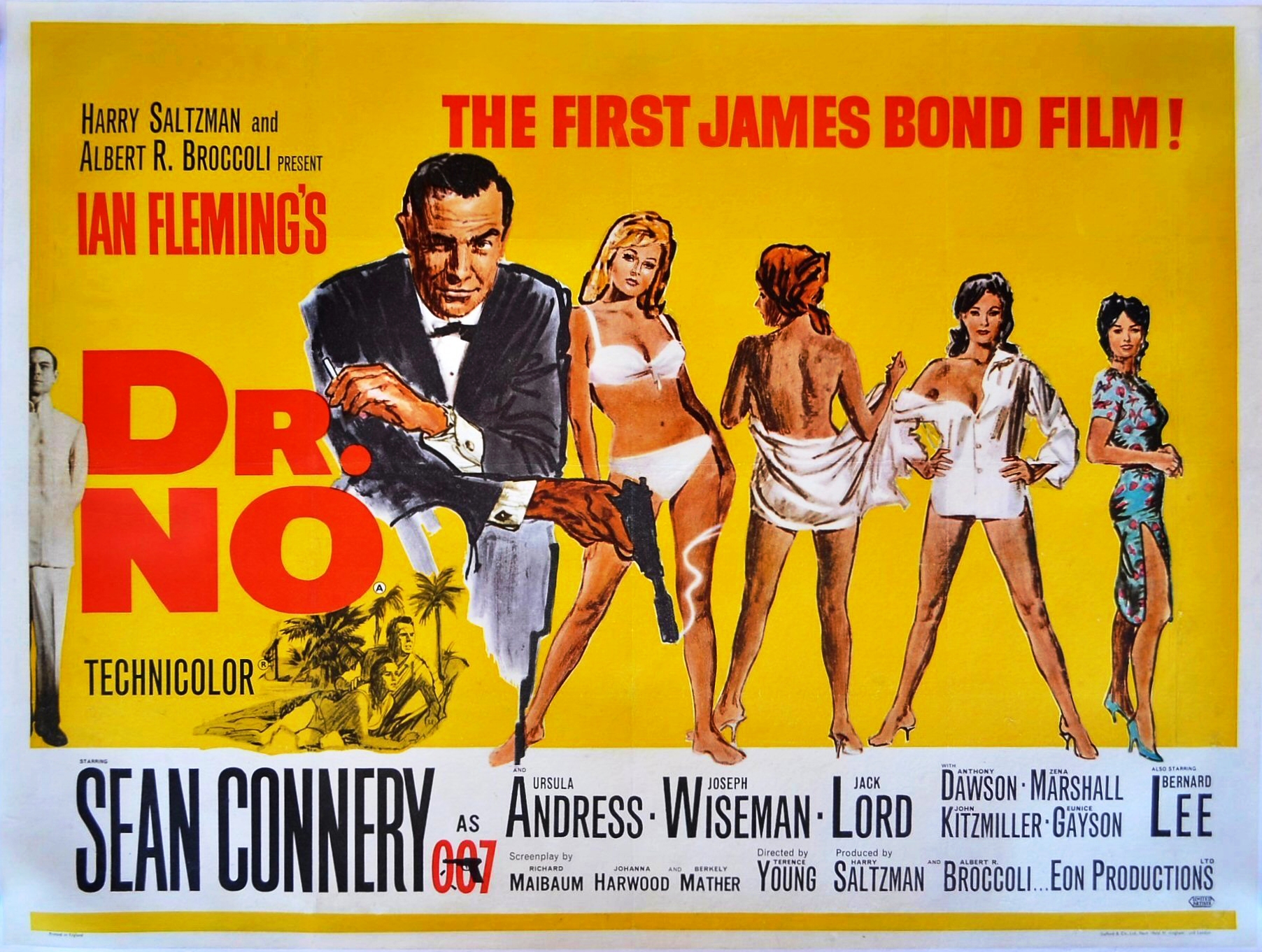 What the poster says: “THE FIRST JAMES BOND FILM!”

Or, perhaps more memorably, the one with Ursula Andress as “Honey Ryder”…RAAAAWR: 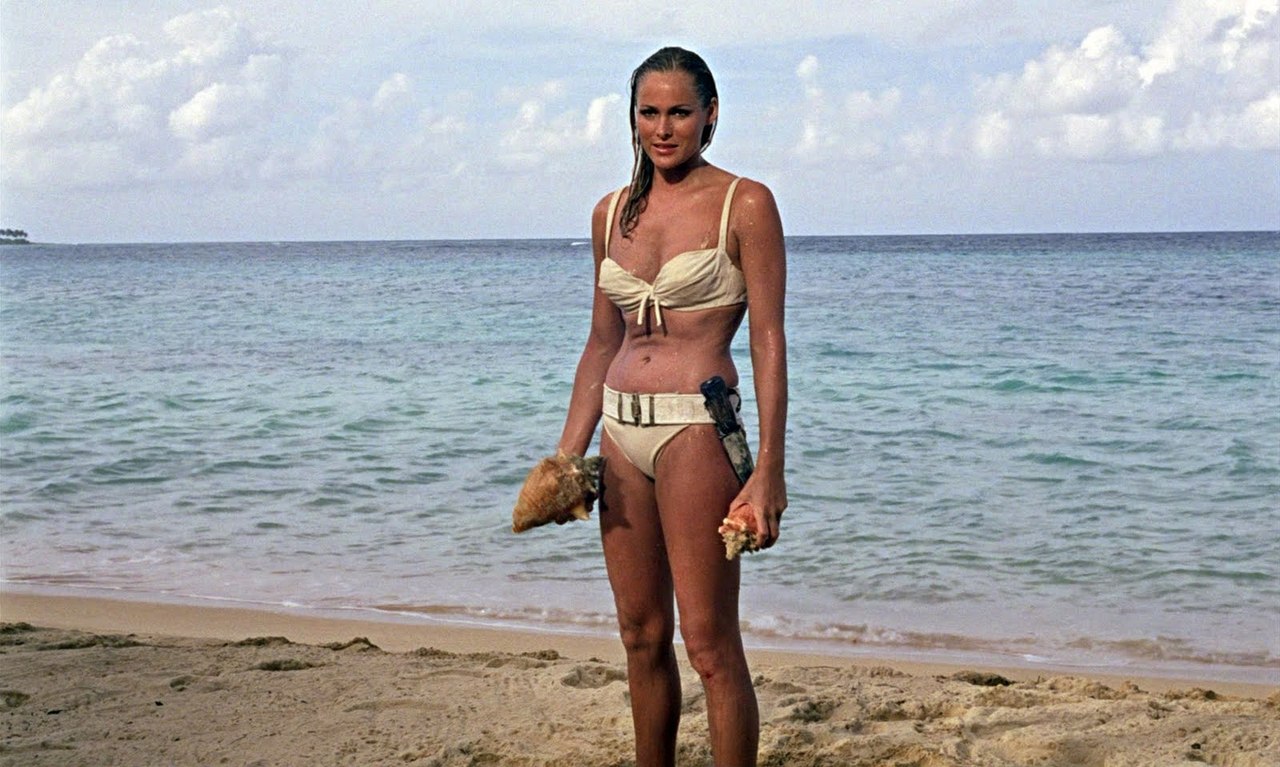 Bond at his best: ice-cold and deadly. Bond knows he’s being stalked by an assassin, so he sets up his villa to make it look like he’s gone to bed for the evening. When the assassin enters and shoots at pillows covered in sheets, Bond emerges and starts questioning the man. When the man tries to trick Bond by quickly picking up his dropped weapon, only to dry-click when he pulls the trigger, Bond smugly intones, “That’s a Smith & Wesson…and you’ve had your six.” He pulls the trigger, killing his assailant before calmly taking the silencer off his gun and retiring for the night.

The opening scene of 2006’s Casino Royale seems to pay homage to this scene: when Bond’s superior attempts the same trick, he tells Bond, “It’s a shame…we barely got to know each other.” After dry-clicking, Bond comes back with “I know where you keep your gun…suppose that’s something.”

The best way I’d describe Dr. No is as follows: had I been introduced to James Bond with this film, I might not have seen the rest of the James Bond films. My first introduction to the franchise wasn’t until the mid-80’s when my Mom showed my brother and I Octopussy starring then-James Bond, Roger Moore. Back then, the goofy gadgets (a digital watch with a GPS tracker, a mini-plane that could be folded up and put inside a horse trailer, etc.) were in full use. The action set pieces were top-notch. So imagine, all those years later, my first viewing of Dr. No: basic, no gadgets to speak of, bursts of down-to-earth action (mainly fist-fights) and dialogue that would have flown far over my head. Nope. Just nope. Seeing it now, yeah, the movie’s compelling. It’s fun and the sets are top-notch (Dr. No’s aquarium lair is stunning even to this day) and the plot and scenery is your typical exotic James Bond adventure. But had I seen Dr. No first, I probably wouldn’t have been so into the series on the whole. 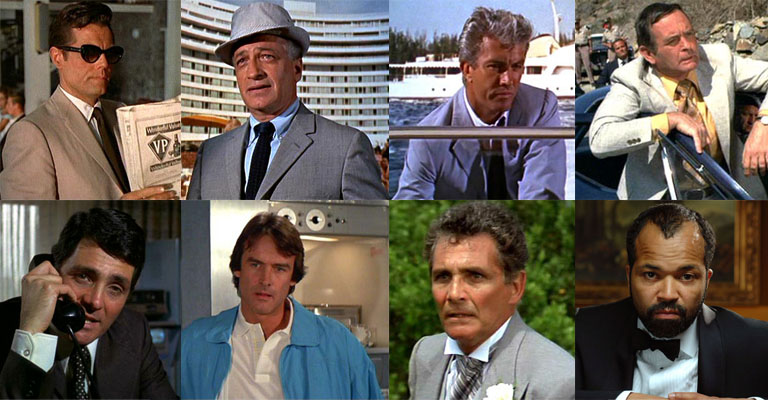 Join us tomorrow when we cover From Russia With Love!

@theworkprint
Follow
Previous article‘Arrow’ Review: The One Where Oliver Goes Domestic
Next article’12 Monkeys’ NYCC 2015 Panel: What To Expect in Season 2