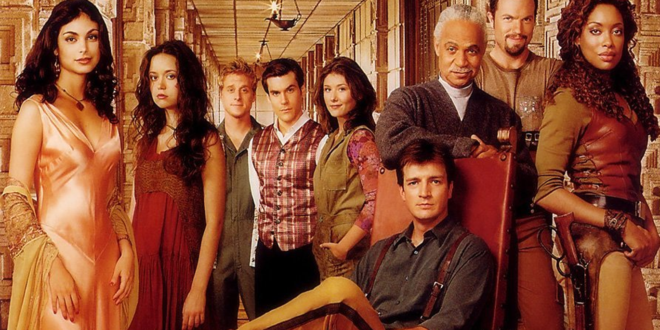 5 TV Shows That Deserve More Time On Our Screens

Sometimes (sigh–a lot of the time) there are shows that networks end all too soon and as a result, you, the fan, are forced to daydream about what might have been. And in some awful cases, you’re forced to imagine an ending for a show that was never given the chance to air one. Here are five such shows that deserve more time on screen either because they were axed way too soon or because they were simply too good to stop.

Honorable mention: Terminator: The Sarah Connor Chronicles because I love Lena Headey and I think Fox cancelled it way too soon, leaving us with that cliffhanger ending for season two. Instead of season three we get Salvation and Genisys and I die a little inside.

Let’s just go ahead and get this one out of the way. Everyone has been clamoring for more Firefly even though the show is well over ten years old at this point. I’m not going to advocate for a live-action return to the space-western series, as I think that’s impossible with the current state of the cast. Reuniting them seems unlikely. That being said, what I propose is an animated version of the series. Dark Horse’s Firefly comics have done rather well, but I’m not alone in thinking they felt rushed, glossing over important plots and character development. An animated series would alleviate this burden, giving us time to savor the journeys out to the black. It’d be much easier to reunite the cast in a recording booth rather than trying to find time between Castle, Suits, Gotham, The Last Ship, and whatever else those crazy kids are filming these days.

I’m ashamed to admit that I didn’t know about Jericho when it first aired on TV. Only a year ago did a friend of mine nag me to watch and once I started, I was hooked. Promotions for the show made it come across as something you might see on The CW, full of angst and romantic triangles. While the show isn’t lacking in the drama department, it’s much more of a thriller, set in the United States immediately after nuclear bombs have destroyed most of the country’s major cities. Jericho is a small town in Kansas and rather than focusing on the big picture, America’s retaliation and return to power, it delves into what a crisis would do to rural America. Even though some of the characters aren’t that likable cough Eric cough, it’s the story that reels you in and holds your attention as you piece together what happened before the bombs went off and then try to decide who is good and who is evil. There was talk of Netflix possibly bringing back the series, but alas, I don’t think such a thing will pan out, especially not with them taking on so many original shows nowadays. That being said, I don’t think the cast is too busy to not get back together and the comics have added some solid content, enough to easily add a third season.

There’s so much to love about this little anime. I haven’t found many who know of the show but those that do are die-hard fans, and for good reason. Seirei No Moribito follows Balsa the Spear-Wielder, a bodyguard who has been charged with protecting Prince Chagum at all costs, as the prince harbors a dangerous water spirit inside him. Balsa is a phenomenal main character, the likes of which I wish I saw more of in TV and film. For someone so stoic, she is a fascinating character, full of contradictions and I could watch ten seasons following her adventures. Besides, the spear fight sequences in the show rival the excitement of the ones in Daredevil, which is hard to match. Like other shows on this list, Seirei no Moribito was the victim of poor planning and many episodes were aired out of order or halted altogether. The first and only season wraps up nicely but as there are twelve novels and the first season only covers the first book, there is plenty of story to be told.

Much like TSCC, Bunheads was axed after a season-ending cliffhanger, leaving viewers with an insane amount of questions about the fate of the characters. Bunheads also had the misfortune of being split in two, used as a mid-season filler for other ABC Family shows that were on hiatus. Basically, ABC Family never gave the show a chance and it’s a damn shame. Bunheads follows Michelle (Foster), a Las Vegas showgirl who drunkenly marries the sweet and naive Hubble, only to have him die by the end of the first episode. Widowed and alone with Hubble’s mother in his hometown, Michelle uses her dance and life experience to serve as a (questionable) role model for young ballet students at the local studio. Of all the shows on this list, Bunheads probably had the most issues with off-the-wall storytelling and a stunning lack of diversity in the young cast. That being said, much like Amy Sherman-Palladino’s previous venture, Gilmore Girls, Bunheads had a lot of heart and even more humor. It’s rife with the fast-paced bickering Sherman-Palladino’s known for, but the two leads, Kelly Bishop and Sutton Foster work so well together, it’s hard to judge it as anything other than entertaining. Besides, I’ve said before the world needs more Sutton Foster.

Much like my entry for Firefly, I know bringing back Xena is a longshot. The cast is aging and there’s that whole issue of how the series ended, but let’s be honest, it isn’t like characters haven’t come back from the dead before. An added obstacle is the fact that Xena is very much a 90’s TV show, rooted in it’s campy, anachronistic nature. Were a show like Xena to premiere in 2015, I have no doubt it would be widely panned by critics. That being said, current TV shows seem to fall into one of two categories: silly to the point of idiocy or pushing the dramatic borders of what is allowed to air on television. Xena had a bit of both of those and I won’t deny I didn’t groan at some of the slapstick humor, but it was a show that never took itself too seriously and I always enjoyed that. I’d love to see Xena come back as an animated series much like Firefly, in order to keep the original cast, but honestly, I think it could stand to have a reboot.

That’s my entirely unbiased list of shows that need to make a return to television. What about you?

Don't let the fancy nerd duds deceive you; Jen’s never been described as “classy.” You can find her on Twitter where she stalks all of her favorite celebrities: @jenstayrook. Or you can find her on Steam or Xbox dying in every game she plays as "Rilna." Email: jen.stayrook@theworkprint.com
@jenstayrook
Previous Pretty Little Liars: “She’s No Angel” Review
Next Why are the ‘True Detective’ Theme Song Lyrics Changing Each Episode? 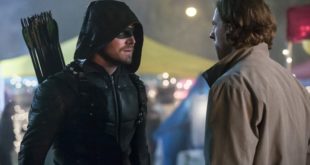 ‘Arrow’ Review: “So It Begins” 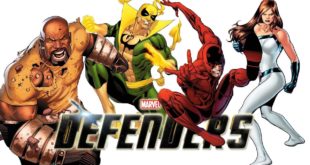 Marvel Announces Showrunners for ‘The Defenders’ 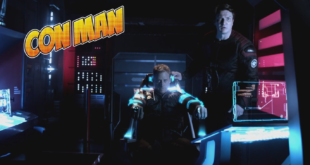 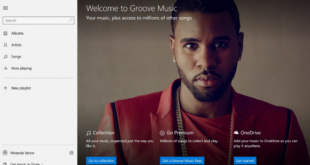 Microsoft Wants You to Get into the Groove