5 Things to Check Out At Garden State Comic Fest 2022

The convention circuit is aswing for 2022. This time, at the Garden State Comic Fest over at the Rockaway Mall. With omicron cases finally dying down in The Garden State, now’s the perfect time to go out and support your local comic artists and conventions. Which is exactly what we at The Workprint did.

Now, having attended this convention in the past for a few years, I will admit that this relocation was refreshing. Smaller, though I really liked the quaint atmosphere. You can meet the artists, talk with the talent, try out the foam LARP weapons, and collect all the loot. All without feeling overwhelmed at just the right amount of convention.

This GSCF felt more intimate, with better-flowing foot traffic, and accessibility for those with wheelchairs and crutches, and walking sticks. Though it wasn’t overly packed compared to years previous, it certainly wasn’t empty. It is also was conveniently located across from the Mall’s food court, with plenty of tables and places to eat.

We got the chance to cover GSCC this weekend and will have some pieces about the experience. Though for those attending tomorrow, on GSCC’s last day (hours 12-5 pm EST), here are five things I’d highly recommend anybody check out.

Probably the first thing that most people will see when they enter the lower floor is this booth, smack dab in the middle, dedicated to this ‘Here Comes Calico’ comic. Not only was this a surprise highlight, but the art is fantastic and interesting enough to attract visitors. The comics, surprisingly, were on sale for about 2 dollars an issue.

So what’s the catch? Well, buying a copy lets you be a superhero too. Because every issue that’s sold is partially donated to help fight animal abuse. Calico is basically what get if the punisher dressed up as Black Panther and then beat the tar out of people who abuse animals.

A graphic novel and apparel company inspired by the awesome power of imagination. What’s cool about The Creators as a comic is its premise. Where in the near future, young people across the globe gain the ability to bring their imaginations to life through their art.

Driven by the power of adolescent emotions, this power can be as equally awesome as it is terrifying, depending on those who use it.

What’s neat about speaking with Michael, is that he shared to us that much of his comic is inspired by teaching art full-time to middle school students down in Baltimore. The concept: of what if imaginations ran wild, and creativity, needed to be protected; is heavily inspired by his time working with students and wanting to help crow their creativity in positive ways.

This strange little gem can be found in the corner of the lower area of the convention, in an area where you’d least expect it. Magcon Gaming builds custom rare earth magnetics thumbs extensions and thumb-stick covers. With light, medium, and strong connectivity. It’s weirdly comfortable while still allowing for great tension. A very suitable product for gamers who love high-intensity fighting games, and most importantly, first-person shooters.

Now, I’ve reviewed a lot of games professionally. I personally hate FPS games for a slew of reasons. Especially, because of how bad my hands cramp while playing games as a 30-year-old. This product I actually think could help fix that and give me back that flexible non-arthritic edge that the kids hold the advantage over. So I’d definitely check it out. 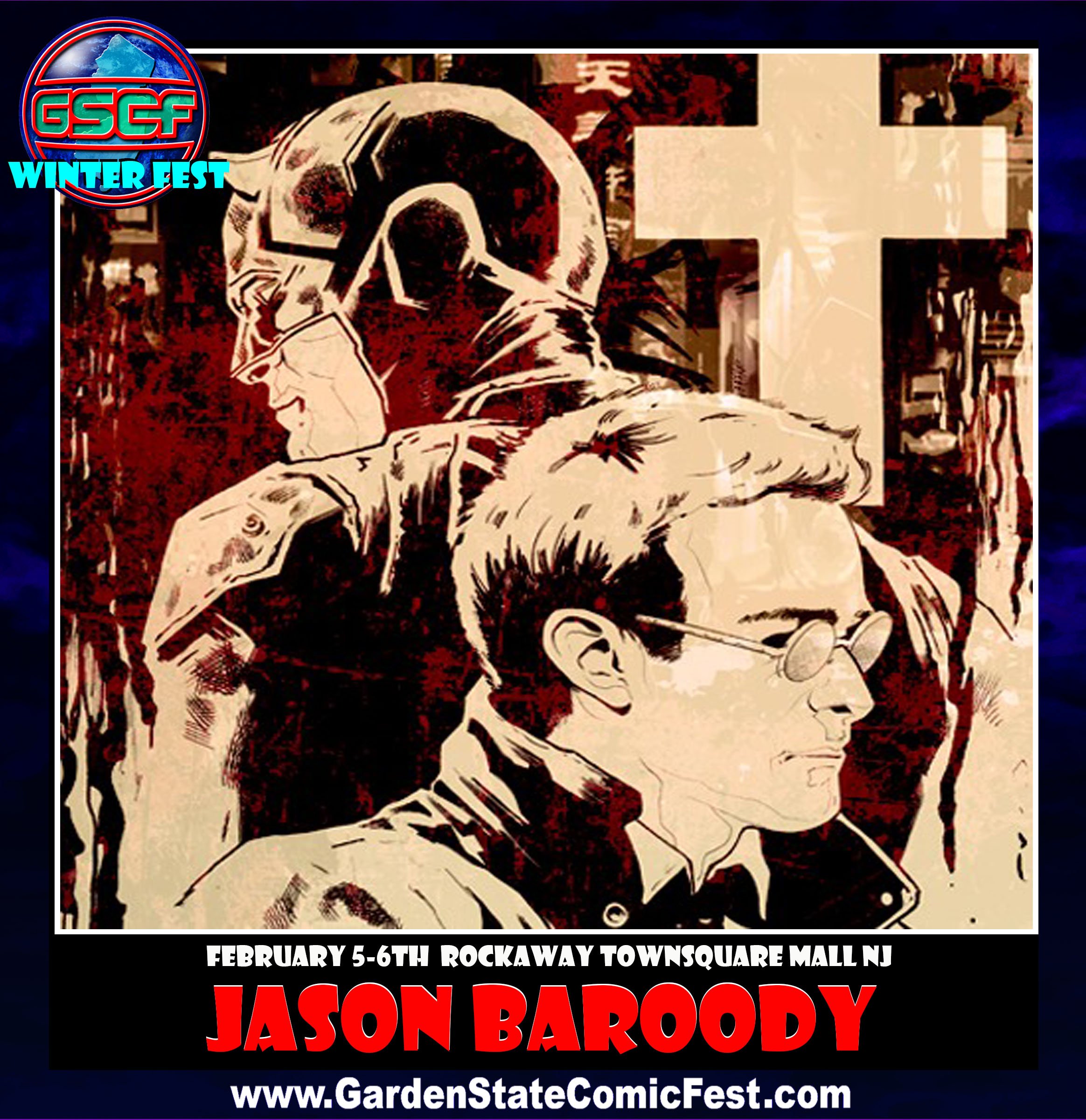 What really sells conventions are the talent. Which is why, I thought it was dope, to have Jason Baroody’s booth right at the second-floor entrance. What I liked about meeting Jason was how friendly he seemed to be with anyone that came by. Not just about the work but also just in conversation. So much so, that when I first dropped by I sort of just perused as he was in conversation with some kids.

When I finally had a second to approach when they weren’t busy, we barely even spoke about comics. We mostly just talked about things like… Star Wars. And had a funny conversation about establishing when exactly the timeline was for Boba Fett’s age. To be honest, given the Sarlac Pitt, lack of a calendar, and the idea that time is irrelevant in a space opera less about science and more about wizardry, none of it really mattered.

To top it all off, Jason also was the penciler for Combat Jacks. A product both he and our friend, Mark McKenna, had worked on.

I’m a firm believer in serendipity. And how sometimes, it’s when you really aren’t paying attention, that the biggest things sort of lie right in front of you. In this case, that something is Amy Chu. As I’d recognized her logo almost immediately from the internet.

When I spoke to Amy, we talked about how to break into comics as I’ve been struggling to figure that out for myself. With my first two graphic novels fully underway this year. I was given some great advice about the difficult reality of breaking in and had actually bought her first book to sort of see what she’d done for her first major project.

What I didn’t realize about Amy, besides the fact that she’s a fantastic advice giver and rather warm with fans, is that she’d worked on basically everything for the big publishers. Had the kind of career runs that any writer would dream of accomplishing. Amy has written for Poison Ivy and Red Sonja. Rick and Morty. Deadpool. Ant-Man. She frequently speaks across all the comic cons as a moderator. Oh, and she’d also written for Dota: Dragon’s Blood. A show that I’ve covered on other websites and even tweeted about.

Did a listicle on #DOTADragonsBlood which I had covered a few weeks ago. Some little known tidbits about the game story/game.https://t.co/1ucVNzQNoN

You should visit Amy’s Booth and say hi and buy all the comics and if you’re lucky like I was, learn from her. That’s kind of the special thing about the more local cons… you get to really get to know the artists and writers.

Previous article
Marvel to Showcase New ‘Women of Marvel’ Variant Covers
Next article
A Discovery of Witches Season 3 Episode 5: A Christening, A Kidnapping, and a New Scion