‘The 100’: Let’s Evaluate All Those Major Character Deaths

And discuss why that one death still makes no sense.

I cannot warn you enough: this post is absolutely littered with spoilers. I’m pretty sure these spoilers are making spoiler babies like rabbits, so if you haven’t caught up through the The 100’s most recent episode, 3×09 “Stealing Fire”, stay away.

We lost one of the best tonight on The 100 and while I’m not surprised it happened (everyone saw that coming once he was cast in American Gods), I’m still distraught. We’re talking ugly tears. But it got me thinking about the manner in which some of the main characters have died and what it has meant for the show and story as a whole. I want to discuss not only the reason for a character’s death, but also the manner in which they died and how it affects both surrounding characters and us viewers. 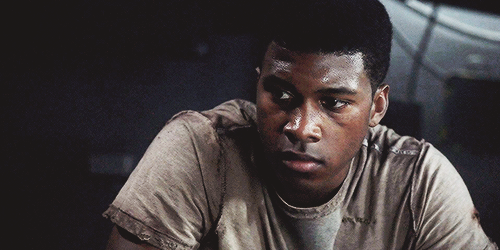 Wells Jaha: I didn’t see Well’s death coming. At all. I was new to the world of The 100, like everyone else, and this death set the tone for the show. Much like Ned Stark’s death in Game of Thrones, it told us as viewers that anyone was fair game, even at the hands of a child. The trust Wells had for people not named Bellamy was too high and he overestimated his position of power. As the son of the chancellor, Wells was a golden boy, but also a symbol of his father’s leadership. Wells was innocence, naivete. He was the hope that life on the ground wasn’t all barbarism and pain. He clung to rules and order and hoped it would see him through. He was Piggy in Lord of the Flies and he died for it. Now, even his own father doesn’t remember him or what he stood for. 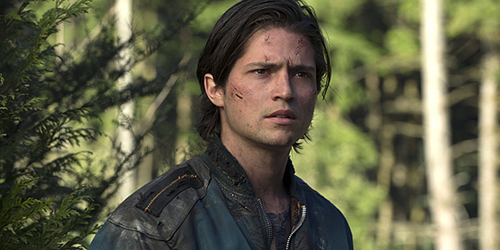 Finn Collins: Wells may have signaled a darkness in the show that we haven’t seen in a CW affair…ever, but Finn’s death solidified the notion that no one is safe, even pretty boy Jon Snow 2.0. Here’s the thing about Finn: he’s the embodiment of who we think we are versus who we really are. When shit hits the fan, we, as humans, all like to believe we’d be a hero, leading our friends and family to safety, doing what is necessary, but the fact of the matter is: most of us aren’t. Finn wanted to believe he was Clarke’s hero. He even tricked himself into thinking as much after he massacred Tondc and then said to Clarke, “I found you.” Catch that? Finn was so wrapped up in his hero’s journey, he thought that by killing the innocents, he was responsible for finding (and thereby saving) Clarke.

Of course, we know that’s so far from the truth it’s asinine, but in that moment, Finn truly believed in what he was doing, no matter how sick and twisted it was from an outside perspective. Once he realized that he wasn’t the hero he first imagined, that he had gone back on everything he once stood for in the name of glory, he gave himself up. Finn’s death was about Finn’s actions, plain and simple. Sure, the end result taught us a lot about Clarke’s need to protect her own and Lexa’s forgiveness, but at the end of the day, his death was in his hands. 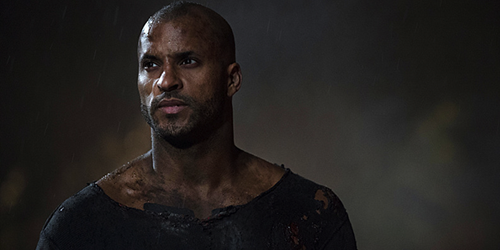 Lincoln kom Trikru: I don’t even want to write about this one because I’m still in mourning. I know happiness is a foreign concept on The 100 but I had hoped that if any couple survived it would be Octavia and Lincoln. Lincoln, first and foremost, has been the negotiator between Skaikru and Grounders. He is the entire reason why Skaikru is even still alive at this point because he’s always seen it as his duty to protect people. Not his people. People. So when it came time to escape with Octavia and let others die or turn himself in to save them, of course he chose the latter.

At first I was angry that Lincoln didn’t try to defend himself, that he didn’t at least take Pike out with him to make the job easier for Octavia, Kane and co. later on, but his track record of violence is actually pretty low comparatively. Lincoln knows that any act of aggression means the death of those he loves. And after spending too much time with Pike, he also trusts that monster to be a man of his word (he has no reason to lie to Lincoln), so he comes quietly, assuring safety for the Grounders locked in the cells. Lincoln made that decision for himself, to sacrifice his life for the lives of others and even though it was difficult to watch his death, and even harder to watch Octavia’s reaction, we know that he acted within his character’s morals. 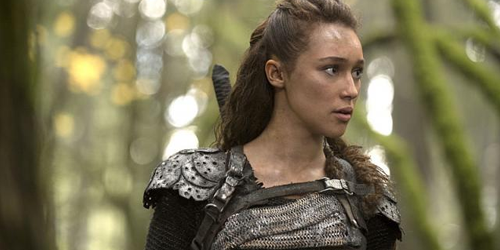 Lexa kom Trikru: I didn’t forget about my boo, Lexa. In fact, her death was the reason for this article. There have been dozens and dozens of articles posted about the outrage over her death, and I’ll be honest, after evaluating other major deaths in the series, we should be outraged. I wanted to give the showrunners the benefit of the doubt because I do love this show but when comparing the way the other major deaths in the show fall in line with the character’s actions, Lexa’s death is beyond out of character.

Lexa’s death falls more in line with Wells’, a catalyst for other characters, not because of her own actions and that’s why it made fans so angry. I never expected Lexa to make it through season 3, that much was telegraphed from the beginning. Much like Lincoln, the actor’s casting in another major show is a huge red flag signaling her character’s fate on TV. And while I didn’t expect her to die a warrior’s death on the battlefield, the manner in which her death occurred is troubling.

Lexa’s death was intended to do a few things: 1. Progress the AI 2.0 plot and show the AI to viewers 2. Create conflict with the recently quiet Ice Nation and 3. Character development for Titus. That’s right, Lexa’s death centered not on Lexa’s actions, but on Titus’ anger and ensuing guilt. We’re left to face his inner turmoil over his pulling the trigger instead of honoring who Lexa was a character. The manner of her death devolved her entirely into a plot device, ignoring the strong person fans came to adore. I’ve already explained why Lexa was unique as a leader and as I’ve said, I never expected a peacekeeper such as her to survive long in the unforgiving world of The 100, but I did expect her to be treated as better than a host for a bit of technology. Lexa may have accepted her death, and some might point to her trust in Clarke as a reason for her death, but unlike most of the other main characters’ death, Lexa had no hand in deciding her fate. Such a sad thing may happen in the real world, but in media where writers dictate the fate of a character, that reasoning is no longer valid.