Season 3 Episode 20 of Young Justice has a major character coming out of the closet following a positive trend in this season’s portrayal of LGBTQ characters. It also delves into some very messed up family issues. 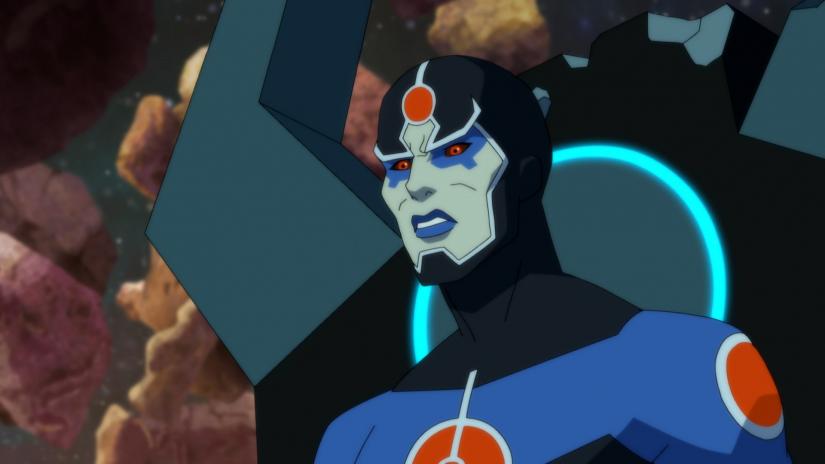 One of the best things about Young Justice is its commitment to the season-long story arc. This season has seen the Young Justice Outsiders team form both out of necessity to hide from government bureaucracy (mostly pushed by Lex Luthor), but also, to serve as a social media-driven voice to stand for what’s right in the public eye, especially about meta-human rights (via Beast Boy and the #WeAreAllOutsiders movement).

This episode is especially interesting in that you partially see a bit of the fallout from Batman’s choices in the last episode, where Kaldur deals with feelings of betrayal within the story’s B-plot. Accentuating this feeling of failed parenting, are also separate storylines involving the three queer characters (Violet, Harper, and Kaldur) of the show, along with a Cyborg driven main plot.

To begin, Victor gets a phone call from his father, who desperately wants to speak with him again. Victor rejects him, as he ignored Victor throughout his entire life. Shortly after, Victor starts to collapse, and when he’s found by Forager, it’s revealed that the Father box that made him part machine is taking over his body.

To help, Conner brings Dreamer of the forever people from New Genesis in order to examine Victor. With her Motherbox’s diagnosis, she discovers Victor’s only hope is to put him into the chair of Metron, the New God responsible for much of the boom tube technology including the Father Boxes.

With Dreamer’s quick guidance, Conner leads a team of Black Lightning and Forager to Metron, where they arrive at the Source Wall.

Shortly after they leave, Silas Stone arrives to see his son Victor. This angers Victor immensely, aggravating him to undergo more Father Box transformations. With his and everyone else’s permission, Silas offers to put Victor into a coma to help slow down the infection process.

Meanwhile, Conner’s Young Justice team chases after Metron through a boom tube, where they arrive at a new location and find parademons in a battle with Superman. Together, the two supermen stop the raiding parademons, though Darkseid’s forces were able to get away with some rare minerals. Conner asks Superman to be his best man at his wedding, to which the man of steel agrees (though is utterly surprised). Forager asks Metron to return to Earth to see Victor and the New God agrees.

The boys return with the New God, Metron; however, he reveals that he’s only there to watch Victor die and study how a box can override a human. Unable to accept this, Black Lightning attacks Metron with Superboy, as Brion gets Victor into Metron’s chair, effectively purging Father Box from Cyborg, though it’s still unable to fully cure him.

With the conflict resolved Metron leaves though Black Lightning asks him if Granny is the same as Gretchen Goode, to which he replies both no and yes.

Finally, Cyborg hugs his dad goodbye and thanks him for the help.

Meanwhile, the Outsiders discover that the Violet Harper (Halo) has run away. Terra tells Artemis that she and Brion had taken the news of Gabrielle’s role in their parent’s assassination negatively, and so Artemis decides to find Violet herself. Terra tags along due to feelings of guilt, as Gabrielle and Violet should be considered different people despite having the same body.

At Dhabar, Violet returns to Gabrielle’s family, explaining her full story and apologizing for taking Gabrielle’s body as her own (Violet is a combination of Gabrielle and a Motherbox’s spirit). She feels the need to tell them the truth: that the real Gabrielle had died.

Afterward, Violet returns home and is embraced by the Outsiders team, who are all thankful that she’s returned. Afterward, Terra informs Slade (Whom she’s secretly spying on the team for) that there is nothing to report — showcasing that the girl my be switching over to the side of good.

Megan acts as Counselor to Harper

Megan speaks with Harper Row about Violet, who has evidentially run away. Though the two shared an intimate moment it seems Harper is brushing it away like everything else in her life.

Megan talks to Harper about her brother, Cullen, who had shown up to school with a black eye. She’s especially concerned about how she caught Harper with alcohol and a gun in school and offers to try and help the girl.

Putting the clues together, Megan notices that it was around the time Harper wasn’t around when her brother had gotten that Black Eye. Again, she offers help and this time, Harper accepts.

They reveal that Harper and her brother have been repeatedly abused by their father. 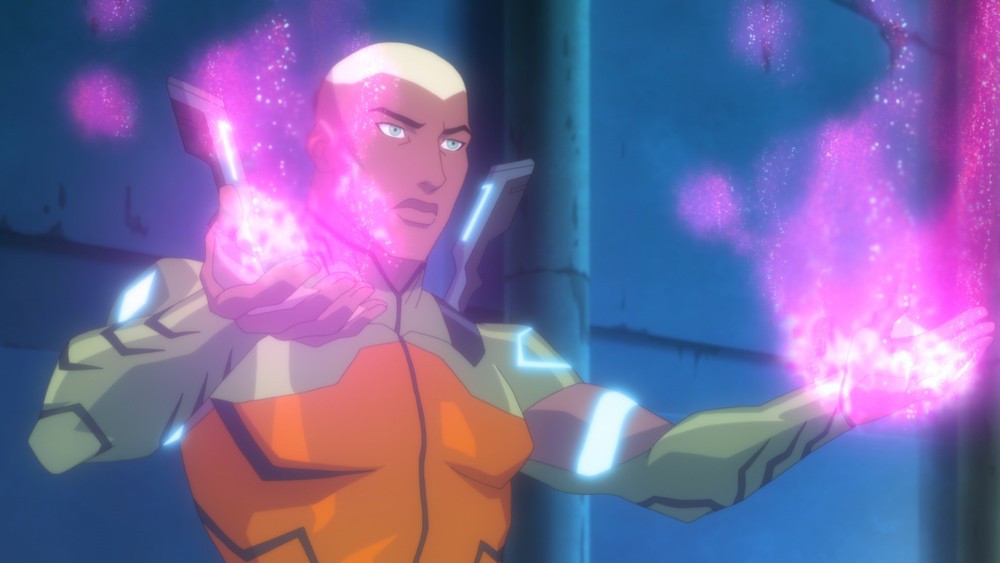 Kaldur Comes Out as Queer

Kaldur talks with a trapped meta-teen girl, whose special gills prevent her from living on land. He takes her back to Atlantis to live out a life with his family, and she thanks him, though asks him what is wrong.

Though it’s subtle, it’s evident that Kaldur is evidently upset over last week’s events, as he discovered that Batman was using him and his team as a involuntary distractions, in order to use his separately secret batman-team to sabotage Lex Luthor. Both the meta-teen girl and Aquaman himself, reassure Kaldur with their confidence in his resolve.

Later, after coming to terms that he’s still a good person despite all the moral grey areas of his story the last two seasons, we see Kaldur share a kiss with Wyynde, a former enemy turned close friend and perhaps something even more. Though he’s definitely queer It is unsure whether Kaldur is gay or bisexual, given his affections for Tula, an Atlantean woman who ended up choosing his best friend over him in season one.

As a final note, I’ll be reviewing/recapping the remaining episodes of Young Justice Season 3 (also called Young Justice: Outsiders), whose second half of the season began premiering July 2nd.

If you haven’t watched it, I highly recommend the series as it’s been a marvel in both its animation, but also in its fearless approach to storytelling. With powerful themes of standing up to authoritative administrations, fighting for human civil rights, and brokering peace not through lies and skeevy manipulations (Like Batman this season) but by coming out in the open and supporting one another with a brave face about what’s right (Like Beastboy and the #WeAreAllOutsiders movement).

With only six episodes remaining and a season 4 that’s already been confirmed, it’ll be exciting to cover this animated series which has very much adapted over time.