The fourth season of Veronica Mars does an excellent job balancing a new intriguing story while respecting the elements that made the series a fan favorite.

“A long time ago, we used to be friends, but I haven’t thought of you lately at all”

The iconic first lines of the Veronica Mars theme song accurately represented my reaction when I heard they were doing a revival for Veronica Mars. I remember back in college binging the show at the recommendation of a friend and falling in love with the teen-noir show (which originally aired from 2004-2007). The writing was solid, and the show was an enjoyable run for three seasons. Then, the Kickstarter film, released in 2014, was a lot of fun and seemed like a fan-service end to the series. So when I hired off the revival series coming in 2019, I was surprised but slightly intrigued.

Geez, man. This is how television should be done. The revival season of Veronica Mars is only eight episodes long, and it acts as a masterclass on how to write a concise narrative with twists and turns.

Five years after the events of the movie (and 12 years after the end of the show), Veronica, played by Kristen Bell, is back in her hometown of Neptune, California. A lot of it feels the same: working with her dad solving cases, annoyed by the ongoing events of Neptune, and living in a self-imposed isolation. The thing that has changed is that she is living on her own, and Neptune is dealing with Spring Break. Everyone that lives there hates the incoming people vacationing, and they all have their different ways of dealing with it. Unfortunately for Veronica, someone sets off a bomb, killing four people and sparking a case involving a serial killer and the lives of everyone around her.

With the limited number of episodes, not everyone that has graced the screen in Veronica Mars could make an appearance. Yet, the people that were brought in put in their best efforts to make Neptune feel whole again.

Kristen Bell obviously puts in a phenomenal performance as Veronica, and the season did a great job letting her explore her emotional range as an actor. Enrico Colantoni returns as Keith Mars and is a joy to watch as he deals with the impact of his career and all the events he’s experienced.

Other regulars were given their moments to shine and stand out. Jason Dohring comes back with a Logan that has grown and trying to keep progressing. Francias Capra, who plays Weevil, is given some intense emotional scenes opposite Bell. Though he tries, it is difficult to match intensity with Bell in the scene.

Also, two new big name additions to the cast brought solid performances to the show and gave the revival a breath of fresh air: JK Simmons and Patton Oswalt. Two favorites of mine brought their acting chops to a show I love.

The season really embraces its noir roots: a flawed but compelling lead and a case that seems almost impossible to crack with twists and turns. The case, in particular, requires her to give here all to solve it but doesn’t give it all back to her. It also accomplishes something interesting, at least in my perspective as a viewer. Naturally, I’m a fan of Veronica, but the season started off with me almost not liking her; it took me the working of the season to get back on her side, and I loved that. The show does not rest on its former laurels

Beyond Veronica, the writers make an effort to flush out the other characters and present them in a fascinating light. The place where a Logan or a Wallace is in follows a logical continuation of where we left off with the characters. I also want to point out that a very peculiar name joined the Veronica Mars writing team: Kareem Abdul-Jabbar. Yes, the former basketball player and author joins the writing team. Definitely took me by surprise and double take while the credits rolled on the first episode.

The revival is an amazing watch, and it was a great treat in a time where streaming services are so saturated with content. I’m torn between wanting more and being satisfied with the hard work the Mars team put in to this project.

One thing I’ve always appreciated about these series is that the beautiful, sunny Southern California background is a perfect contrast to the dark elements of the Noir storytelling.

Final thought – If you are a fan of Veronica Mars, the revival is a perfect gift for you in 2019. If you haven’t seen the show, I strongly, strongly suggest you take some time and watch the series from start to finish. It’s all on Hulu, and you will not be disappointed!

P.S. I know this is not a movie entry, but I did not find a fun website for Veronica Mars. Oh well!

Bassam Kaado is a writer based in New York City that dabbles in screenplays, comic books, poetry, and articles covering various aspect of entertainment. In addition, he is an actor, rapper, and director. You can following Bassam @bkaado on Twitter and Instagram.
Previous High-Octane Adventure and Unexpected Twists in ‘The Demon Within’
Next Young Justice Outsiders: Quiet Conversations, Loud Pride 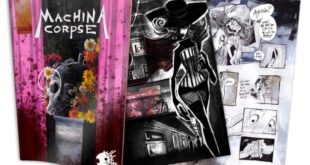 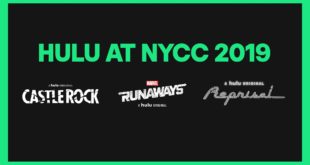 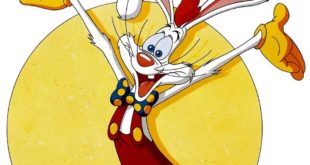 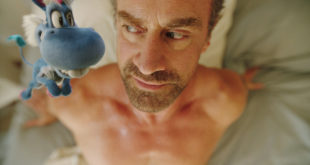 Season 2 of SYFY network’s Happy! has been nothing shy of ridiculous. This season sees …