‘Wynonna Earp’: Is Waverly an Earp?

This week on #WynonnaEarp: “Everybody Knows” hints heavily about whether or not Waverly could be an Earp. Let’s break it down.

Spoilers through Wynonna Earp 2×07: “Everybody Knows.”

Ever since the start of Wynonna Earp, fans have been left with lingering questions: What is Dolls, exactly? Who will Wynonna kiss next? Can I have Bobo’s fabulous coat since he’s no longer of the living? But, midway through the second season, the biggest question on fan’s (and Waverly’s) minds might be: Is Waverly an Earp?

Before Bobo sowed seeds of doubt about Waverly’s family history at the end of last season, Waverly was an undisputed Earp. She was the Earpiest Earp to ever Earp. And, of course, a name doesn’t change who Waverly is at her core, sweet pumpkin with a shotgun that she is, but it might have implications for the future in Purgatory.

During the final episode, with everyone looking for Bobo and Willa, Waverly found him at the old tree houses where Willa was held captive. Cornered, he let slip that Waverly isn’t an Earp:

Bobo: “I used to watch you girls and I would wonder how a man like Ward Earp ended up with so much goodness. And then there was the baby, and I used to think about saving her, too.”
Waverly: “Only I wasn’t the Heir.”
Bobo: “Oh, Waverly. You’re not even an Earp.”

However, at the time, Bobo was the villain, on the run with Willa to escape the Ghost River Triangle. Throwing a lie like that at sweet, innocent Waverly would have, of course, shaken her the same way that throwing the entire town at Wynonna did. And yet, the delivery, the rapport between Bobo and Waverly, and the sincerity in his voice as he talked about protecting the Earp girls all felt real. Why would Bobo, a man who was planning to leave and never come back, lie in that moment? 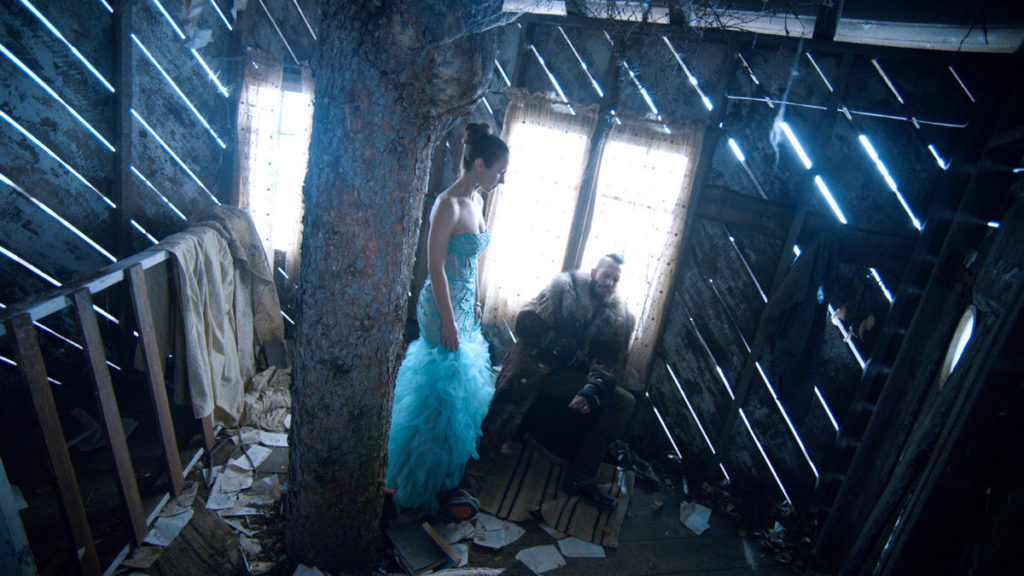 It’s the same argument that Waverly makes later to Nicole when she says that she might not be an Earp. Waverly has a long history with Bobo. For most of her life, he was the imaginary friend she played with at the Homestead. We later learned that he did so, at least in part, so that he and other Revenants could set foot on the land, but Bobo is a man of many layers. More onion than parfait, but he’s not all mustache-twirling and villain monologuing. He could have killed the Earp girls several times over and instead he chose to protect them. Waverly knows this about Bobo and chooses to believe his words. When Nicole shows up with the paperwork, Waverly jumps at the chance to learn the truth and maybe understand why no one marked her down on the family growth chart or why her relationship with Willa and her father was so strained.

Whatever the truth is about Waverly’s history, Wynonna Earp has made clear that it is important.

And after “Everybody Knows”, I’m convinced that Waverly IS an Earp, but that she’s also half-Revenant.

Much of “Everybody Knows” is spent dealing with who may or may not be the father of Wynonna’s child. Wynonna and Nicole stalk the “Option B” at a strip club in the hopes of gathering some of his DNA and finding out the truth. Unfortunately for Wynonna, her one-night-stand-maybe-baby-daddy Jonas is also a Revenant. Because I have a habit of over-analyzing everything I watch, I noticed this drunk line by Nicole, and it’s too good to not be intentional:

Nicole: “You’re the Earp heir and he’s a Revenant, so that means the baby…it’s…it’s Waverly.”

It’s a Wynonna Earp classic: hiding the truth in humor and drunken platitudes when the reality of it is staring the characters in the face.

The remainder of the episode finds Wynonna grappling with the fact that she might be the parent of a half-human, half-Revenant. Jonas thinks it’s great news, that they’re the Adam and Eve of a new race, but Wynonna is disgusted by the idea.

Jonas: “A Revenant breeding with a human, unlikely, yea. But rumor is, it’s happened before.“

And then the camera pans to Waverly looking on at the conversation, concerned. Waverly is smart, probably the smartest person on the show because if she doesn’t understand something, she takes the time to learn it. She’s already been shown to be a master of research, even if that research requires her to delve into unknown languages. At this point, with all Waverly has learned about her past, she might already have suspicions that she’s half-Revenant and Jonas’ words would have confirmed her suspicions. 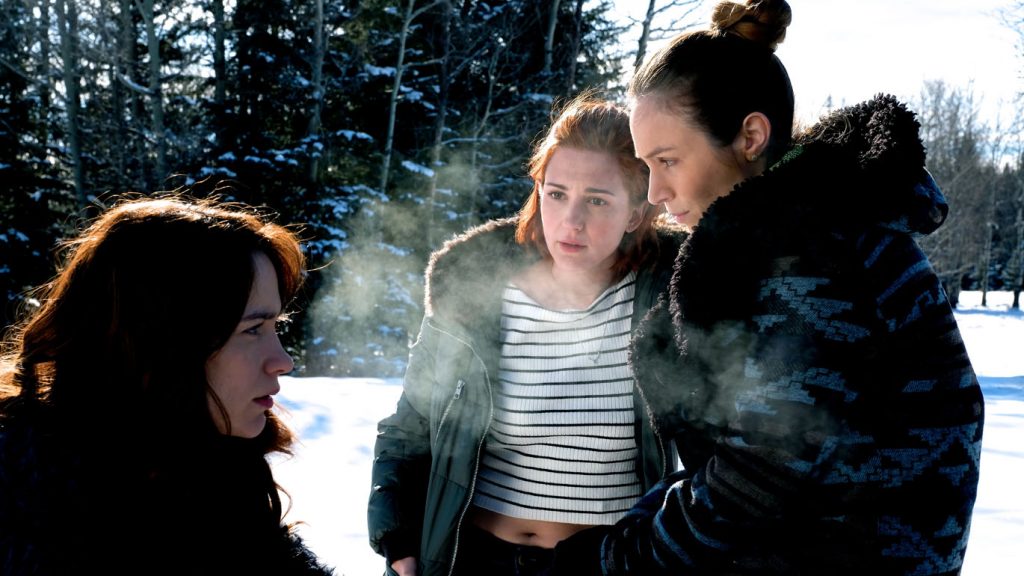 Looking back on the scene with Bobo, before even dropping the bomb on her, he says:

Bobo: “Maybe it’s time for the rest of us to step into the light. Including you.”

Why would Bobo include Waverly in the list of people who need to step into the light? Is it because she’s the third child in a family that only adores the eldest? Or is it because he knows that she is half-Revenant and he wants to see her shine as well?

At the end of the episode, with all that Waverly has learned and experienced, Wynonna’s pregnancy and the potential for a half-Revenant child brings her emotions to the front of her mind. Wynonna comes to terms with having a child that might be half-Revenant because it’s still also half-Earp, but Waverly can’t bear to think that she might be that rumor Jonas mentioned.

Wynonna: “Baby. It’s still weird. It’s an Earp. As Earp as you and me. Hey. You’re Auntie Waverly. Yay! You get to teach this thing it’s history.”
Waverly: “What about my history? I don’t think I’m your sister. Or even an Earp at all.”

Her father left and came home with a baby, baby Waverly, so at the very least she thinks she’s only a half-Earp. Is it so far-fetched that Ward Earp, the man who made shady deals with Revenants, was also romantically involved with one? Wynonna was initially disgusted that her child might be a Revenant, so it stands to reason that Ward and Wendy were equally disgusted, but also knew that having the Revenants know about Waverly would be even more dangerous, so they kept her at the Homestead and raised her as an Earp. This would explain why they treated her so poorly compared to Willa and Wynonna and why Willa is openly hostile toward Waverly. Willa would have been old enough to overhear arguments about Waverly or maybe Bobo told her the truth at some point. Wynonna, oblivious cupcake that she is, never would have even considered that Waverly wasn’t her sister.

Have I gone too far with my theories this time? Let me know in the comments.