On this week’s Killjoys we learn about the exciting former life of Old Town’s favorite bartender Prima “Pree” Dezz and boy is it memorable!

As a black warrant is issued for John (Aaron Ashmore) while Team Awesome Force is celebrating the younger Jaqobis’s promotion to level 5, a team of Killjoys from outside the Quad arrives and tries to serve our resident nerd. Of course a fight breaks out and Dutch (Hannah John-Kamen), Johnny, and Pree (Thom Allison) escape through the hidden hatch behind the Royale’s counter. The trio then blast off planet through Lucy and hideout in a cluster of asteroids from pursuers.

Pree then suggests that since John needs a place to lay low and Dutch requires recruits for their war, that they should head to Ohron. This planet happens to be the home world of the Ferran, the most badass outlaw mercenaries in the J and only someone from the inside would know the location. Surprise! Pree was a Ferran. We’ve gotten glimpses of his warlord alter ego in previous seasons but only now do we find out what really happened to the barkeep in his past.

They land on a wintry domain and Pree has grown his blonde locks again (I’d really like to know how he does that) and is looking fabulous as always. He fires a shot into the air as a signal and the Ferran appear all around them, having been invisible only moments before. The Royale’s owner announces that he is seeking sanctuary and that he is Prima Dezz though they knew him as Verick. A moment later, a man rushes to kiss him intensely then they break apart and shoot each other. Say whaaaaaat? A little love and war going on I see. 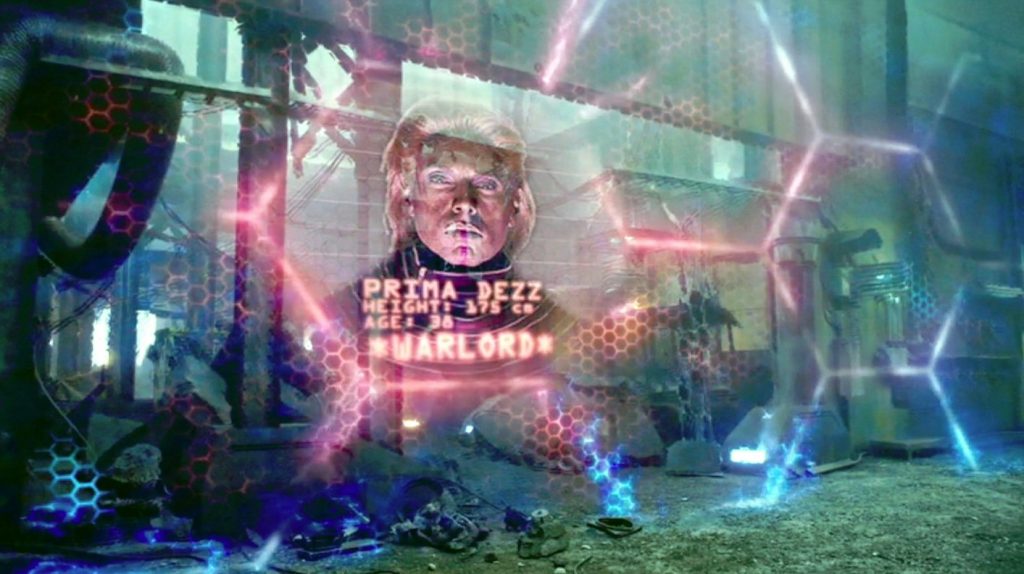 Lachlan, the bearded Ferran who clearly has a history with Pree says that he promised to lead them till death. The bartender shoots back that Verick died in the Jasper Raids and Prima Dezz hopped on a freighter to Westerley. But it seems that was an act of betrayal and the price was death. Pree then says that he can’t deny Johnny sanctuary because he’s being hunted as they all once were. Team Awesome Force is also prepared to pay for their stay through a large cache of weapons. Holding a grudge, Lachlan deems it insufficient and he wants their former leader’s life in exchange for John’s safety.

The trio are taken back to the mercenaries’ basecamp where Dutch then tries to convince Lachlan to join them in the fight against the Hullen. The Ferran believe that they should fight for a just cause and for each other. The Killjoy then gets to the point that this is about Pree abandoning him and that’s why he’s so angry. She knows that he’s killing a good man because of a broken heart and asks where’s the honor in that.

Lachlan decides that his ex-lover will be tried by proxy and there will be two champions, one competing for his life and the other for an alliance against the Hullen. Pree chooses Dutch for be his champion while Johnny must act as the other. She definitely poked the bear and he is hangry. Each champion must go through three trials: strength of mind, body, and spirit. The first test is the is to get a sigil of your opponent without drawing blood. Dutch wins. The second challenge is to build a weapon and then shoot a target while blindfolded. This time John beats her! In the final round, crap gets real as the duo drinks truth jack. We find out that he thinks her hair is too big for her face, he’s pissed about her blocking his level 5 promotion, and he understands how revenge feels good. She reveals that she didn’t think he was ready to be level 5, that she was protecting him from turning into a murderer, and that she didn’t want him to come back because she couldn’t watch him become like her. The younger Jaqobis brother outright says that the war against the Hullen is all to prove to a dead Khlyen that she’s better than Aneela. Dutch doesn’t deny it and only says that she IS better. Before anything else can happen though they are all drugged by the out of town Killjoy from the Royale who’s come to grab Johnny for the black warrant. 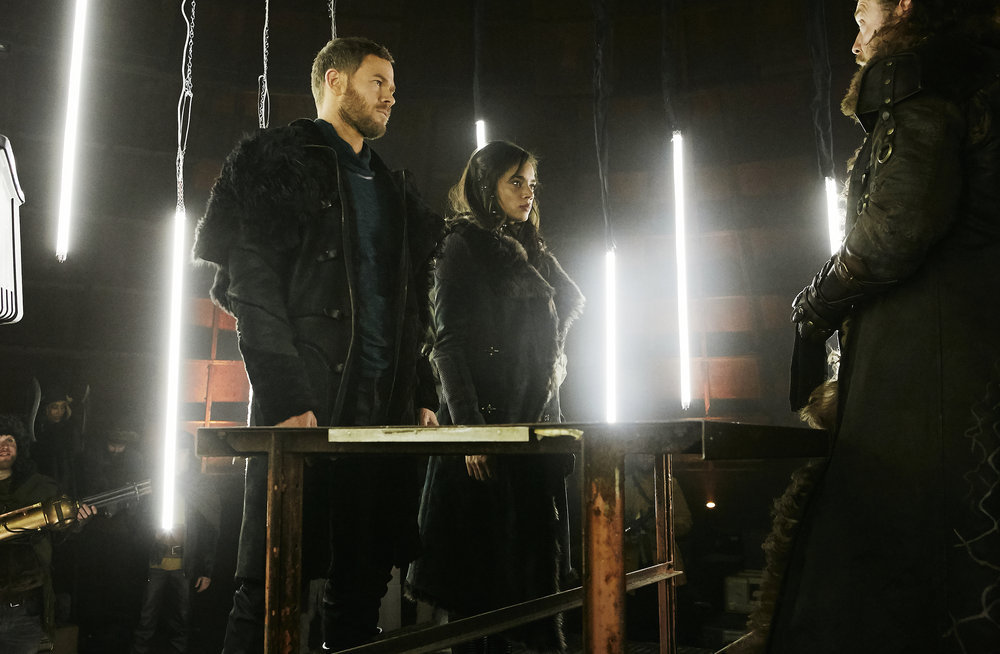 When Pree wakes up, his two friends are gone and he gets pissed off when Lachlan says that it isn’t their problem anymore. He displays some fine badass moves which shows us a little of what Verick the Ferran was like. The barkeep briefly has his ex-lover in a headlock. Lachlan though is able to push him off and angrily says that he would have died for him, with Pree saying he knew and that’s why he left. He felt that the other man was born to lead the Ferran and the only way that could happen is if he was gone.

“I left because you started risking your life to protect mine. I wasn’t going to let you die, not for me. For what it’s worth, leaving you burned a hole in my heart.”

Thankfully he convinces Lachlan to help rescue Dutch and Johnny though when they get there she’s already knocked out the other Killjoy with nerve gas and Jaqobis is asleep in cryo. In addition, the Ferran have also agreed to join their side in the war against the Hullen. It seems that Pree is free to go because Verick paid the price, aka he had to put out A LOT. The two men then share a deep passionate kiss with Dutch just sitting there. Awkwaaaaaard.

This was a rich backstory for Pree as the bartender with a deadly past. It does make me wonder who he had been running away from to join the Ferran in the first place. I also love that an LGBTQ character led a group of badass mercenaries in the Killjoys universe because why not? A leader comes in all ages, genders, and races. The show does an admirable job in showing diverse individuals who don’t conform to stereotypes. In an earlier episode this season we saw hackmods who were missing limbs and they were depicted as strong and courageous. So many of them didn’t chose to have enhancements done to their bodies but they weren’t ashamed.

Here’s hoping we get more background stories on other amazing characters as well. I for one would like to know how Turin became a RAC agent!