Into the Woods Grants the Wish of Goodness for Musical Fans 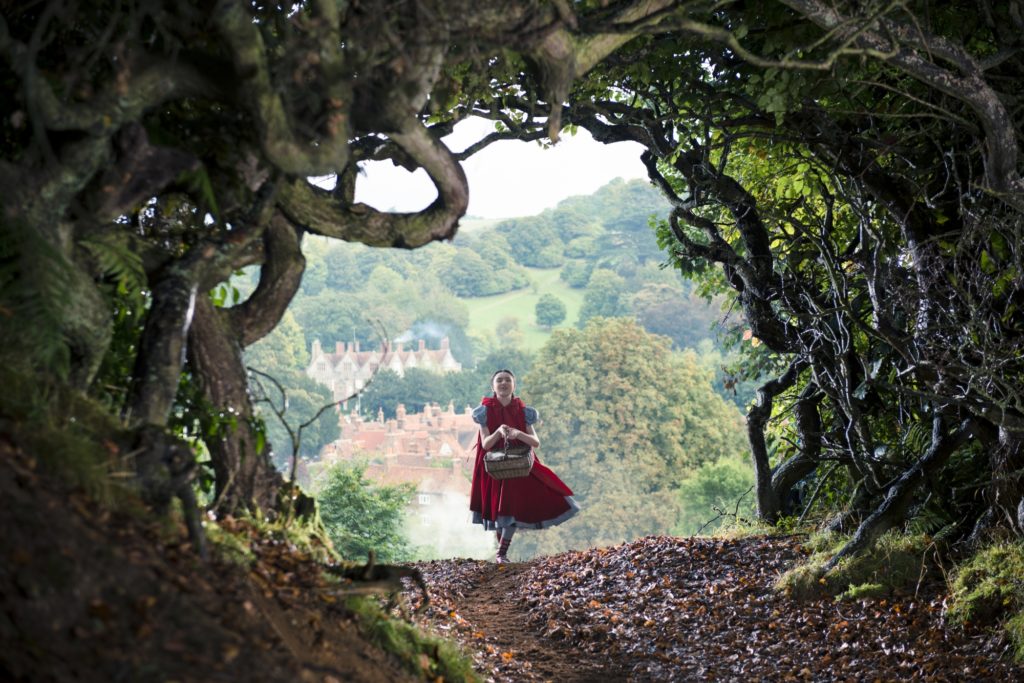 There are roughly two kinds of people in this world: those who like an occasional musical and those who fear them like the plague. I personally fall in the category of people who enjoy musicals and relish the chance to take one in whenever I can on either stage or screen. But at the same time I completely understand why some people are naturally turned off to them. Characters spontaneously bursting into song and dance about their everyday lives is not a natural thing and it never will be. If you can’t get into that, that’s okay. But every now and then a musical comes along that is able to sneakily pull a non-musical lover over to my side of the spectrum…

Disney’s Into the Woods is NOT one of those movies.

Nope. Not even close.

In fact, if you’re one of those people who only very rarely finds a musical tolerable to your sensibilities then you can probably stop reading this right now. Into the Woods is not the movie for you and you should probably not see it. It won’t change your mind about musicals. It won’t even make you bi-curious about musicals. Instead, It will horrifically display everything you dislike about the genre and shove it into your face for two hours without the slightest bit of shame. Got it? 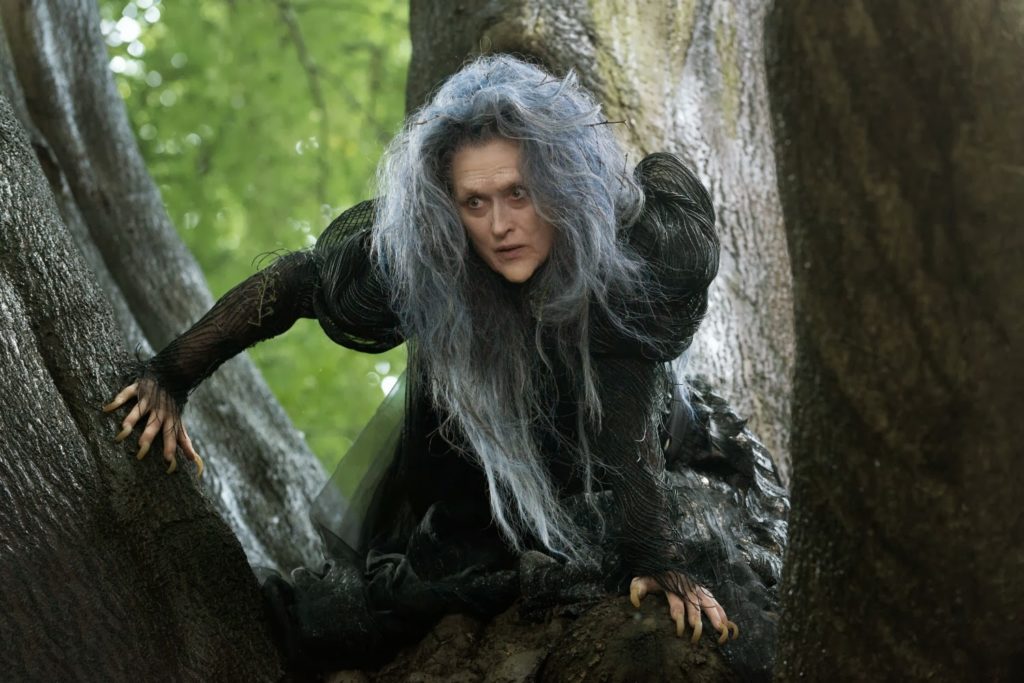 Now then, if you’re still reading this that means you’re either totally down with musicals or at least really open-minded about them. If that’s the case I’ve got some really good news for you: Into the Woods is a damn treat!

I went into the movie having never seen a stage production of it and only vaguely knowing a couple of the songs so to say I went in fresh would be an understatement. In fact, most of what I knew about the musical came from the hoopla that arose earlier this year when original creator Stephen Sondheim was misquoted about things being cut out of the film version. (It turns out that almost all of the hysteria was for nothing since the scenes in question by and large survived for the film version.) So if you’re looking for an in-depth analysis of the differences between the stage version and the film I’m afraid you’ll have to look elsewhere – this all about the movie from here on out!

And what a movie it is! Set in a whimsical land where fairy tales combine, we meet a cast of characters all dreaming and wishing for something more in their lives. The Baker and his wife (James Corden and Emily Blunt) want a baby, Cinderella (Anna Kendrick) wants to go to the festival, and a young boy named Jack (Daniel Huttlestone) wants to keep a beloved cow that his mother (Tracey Ullman) insists on selling at the market. Also in this mix is Little Red Riding Hood (Lilla Crawford), a handsome prince (Chris Pine), Rapunzel (Mackenzie Mauzy), and of course, The Witch (Meryl Streep), who kicks things off by promising to lift the curse that keeps the Baker and his wife from having a child on their own. 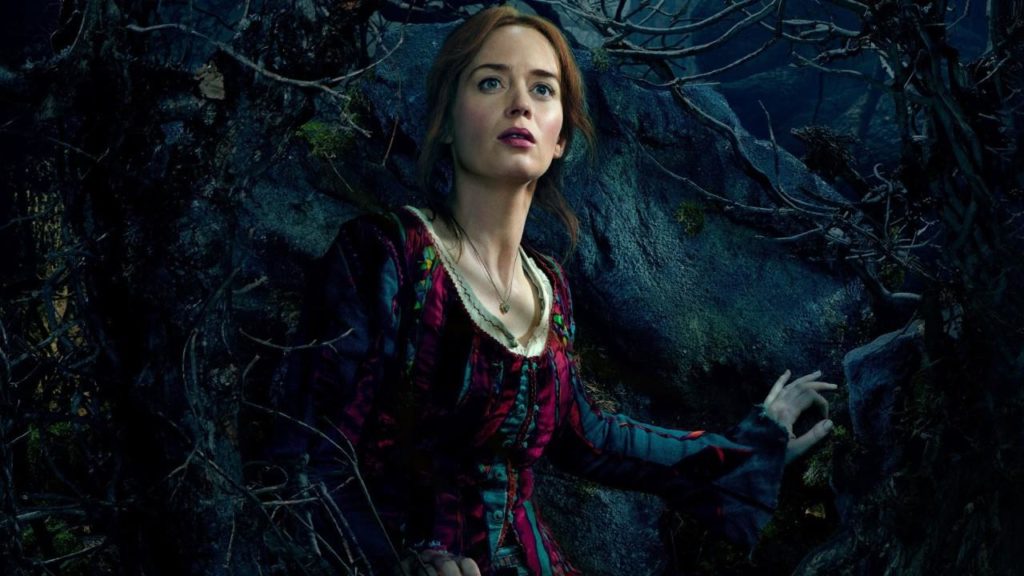 Lifting this curse requires the loving couple to collect a very specific list of objects to be found by venturing “into the woods” where characters collide, fates are determined, and wishes are ultimately granted. But what sets this story apart from normal fairy tales is that the telling of it doesn’t stop where most narrators just say, “And they lived happily ever after!” In this story we get to witness the characters’ lives carrying on and see that things aren’t necessarily as simple and happy as we might like to believe. What starts out lighthearted and funny ultimately becomes sad, dark, and forces the characters to find truer or less idealized definitions of happiness than what they originally found in the woods.

At the helm of this somewhat gargantuan production is Rob Marshall who has previously shown his musical cinema chops with Nine and the Academy Award-winning Chicago. In less experienced hands this could have been ripe for disaster but he steers the film swiftly along in a way that is beautifully produced, a little bit tongue-in-cheek, and ultimately emotionally satisfying. And of course no small part of this movie being effective is thanks to the insanely impressive cast that was assembled. I’ve already listed plenty of names above but there’s also Johnny Depp, Christine Baranski, Lucy Punch, and Billy Magnussen among others all giving their best whether their time on screen is for five minutes or fifty. 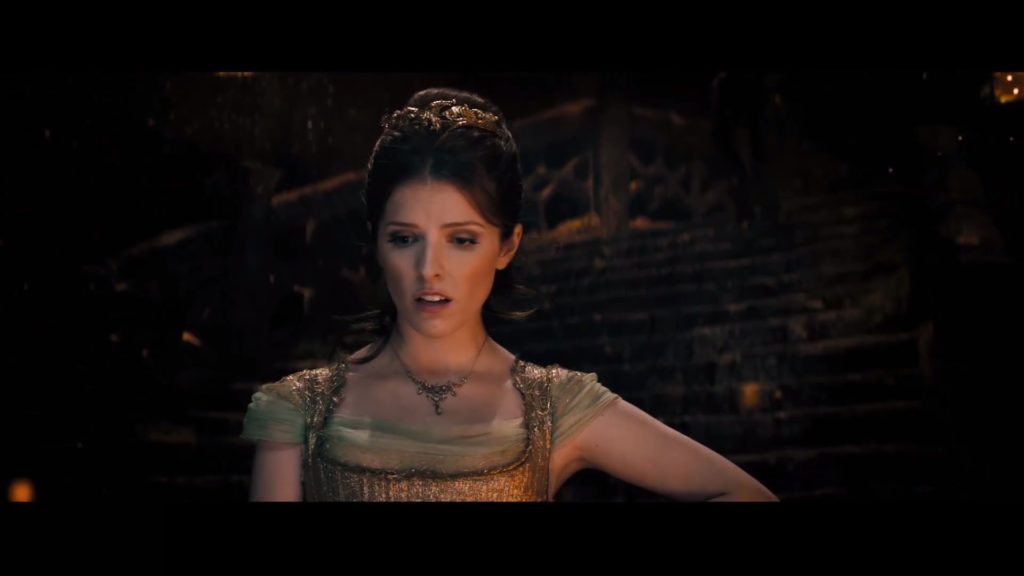 If I had to pick an MVP I’d probably go with Blunt who not only wowed me (as usual) with her acting chops but then doubled down and showed that she can really sing too! If we don’t see her in at least five more musicals after this I’ll be shocked. Remake of My Fair Lady anyone?

I was also stereotypically wowed by Kendrick and Streep, but that’s pretty much the law now, right?

The surprising scene stealer award though goes to Chris Pine who knocks his performance of “Agony” out of the comedic park. Who knew?! 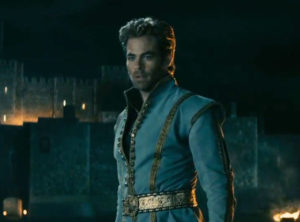 But on top of stellar performances, great direction, and a powerful story, Into the Woods also soars thanks to some truly magnificent work on the part of those in charge of set design, visual effects, costume design, and cinematography. Every frame of this film is perfectly stunning to look at and even though I don’t think it has a big shot at taking any Best Picture awards, if it doesn’t go home with piles of technical awards there is definitely something wrong with the industry.

So there you have it, fellow musical fans: Into the Woods is a terrific piece of work. Get your tickets now and start getting excited! Just don’t bring along anyone who hates musicals…you’ll be on their shit list for all of 2015. You’ve been warned.