After all of the posters and set photos, Wonder Woman finally released its first trailer at San Diego Comic Con and it is a thing of beauty. It’s packed with action, gorgeous shots, and just enough dialogue to get us excited about another superhero movie. It doesn’t come across nearly as dark as the previous DCEU movies, and for that, I’m grateful.

The Hollywood Reporter had this to say about the Wonder Woman panel:

Gal Gadot, who plays the DC Comics’ Amazonian princess, said her goal was to make a film enjoyed “not only girls, not only boys, but for men and women, too.”

Gadot, who was joined on the panel by stars Chris Pine, Connie Nielsen and director Patty Jenkins, said before commencing filming, she watched a documentary on the real Princess Diana, Diana, the Princess of Wales. One of the lines that stuck with was a description of Diana leading from her heart, not from her head.

“That describes this Diana,” Gadot said. She also described how she undertook two hours of weight training, two hours of sword training and two hours of horse training every day in preparation for the role.

I have been aching for a female-led superhero movie for FAR TOO LONG and I don’t want to say the wait was worth it but daaaaaaaamn am I so excited for Wonder Woman to release. Gal Gadot seems perfect for the role; Chris Pine as Steve Trevor works better than I anticipated; and those costumes! That set design! Setting the film during World War 1 was excellent choice.

But seriously, Wonder Woman’s costume. LOOK AT IT: 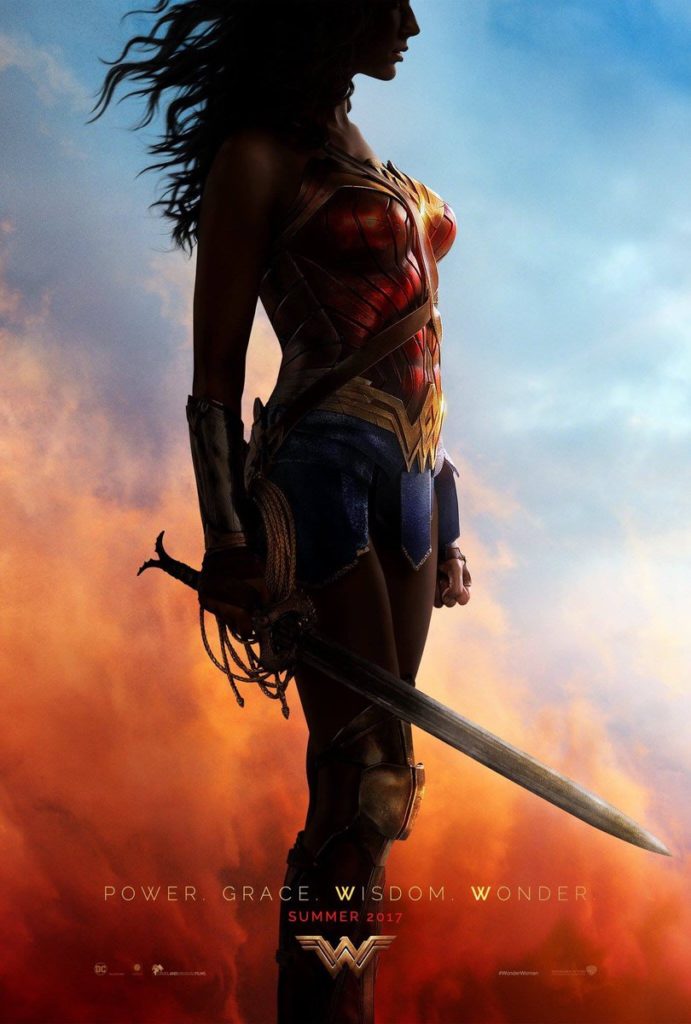 Wonder Woman is scheduled to release on June 2, 2017, and it cannot come soon enough.