The episodes starts in a usual place, Mike and Josh sitting on a couch while Josh is having a mini panic attack about this new girl Danielle. Josh, looking for advice, calls his put-together sister Liz, but after a quick cut, we realize that Liz is going through a breakup of her own, with longtime boyfriend Leo. What happens next is a nice departure from the usual, which is a female centric episode, even with the slightly altered title sequence. Liz has always been the stable and sensible child in the family, so seeing her out of whack is interesting. This is probably because between my sister and me, she has always been the one with her life put together, so the parallels in that regard are a little unsettling.

Liz’s post breakup tour takes her to a friend’s daughter’s birthday where the little princesses are having a tea party. Of course, Liz’s friend is checking up on her to make sure she’s okay following the break, and Liz points out that she’s on track to make partner very soon (it’s right around the corner). As someone who’s worked with kids a lot, I can say that their frank appraisal of your life is just a wee bit terrifying. It’s the combination of them being very observant, buying into what is commonly accepted as ‘normal’, and having no filter that makes their criticisms of how you’ve lived your life unintentionally skewering and hurtful.

Of course, Liz finds out that three of the four girls are ‘married’ and the birthday girl considers herself a spinster at ripe old age of seven, because, as you know, the third grade is just a wasteland. Liz’s natural reaction is to dismiss the girls as children who know nothing about the world, but the shade thrown by one girl’s cold calculating arithmetic is enough to send Liz into a bit of a downward spiral, which culminates in the birthday girl allowing Liz to blow out her candles, saying that she could use the wish. I’d love to tell you the tallying of the years didn’t get to me at all, but that’d be a lie. At least men age better, right? Right? RIGHT?! 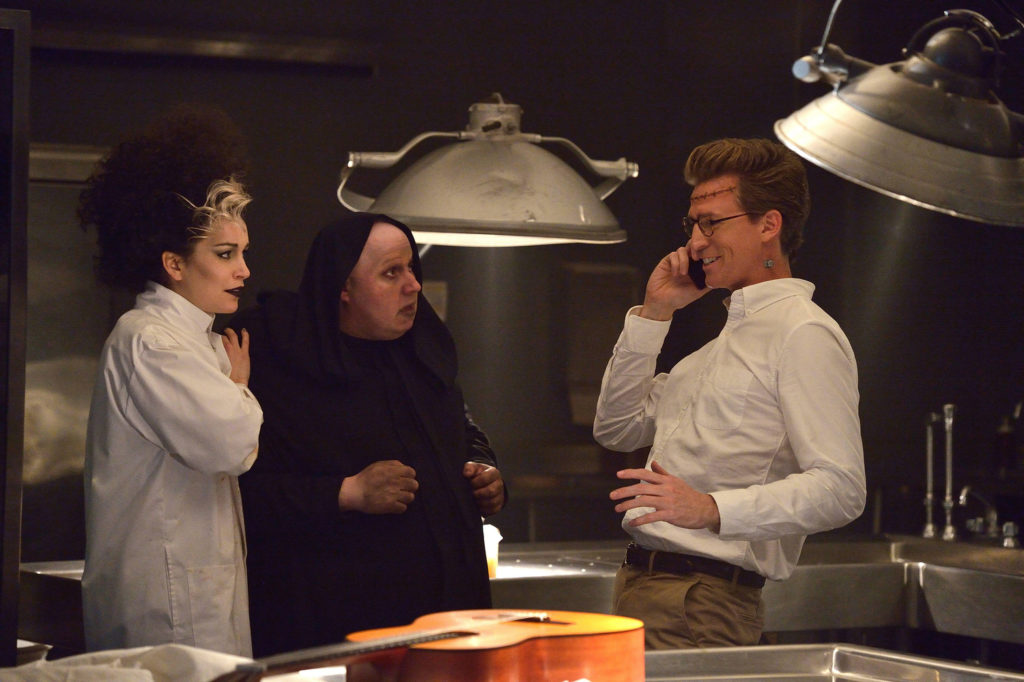 After that harrowing experience, we’re sent to Liz’s office where she’s working at her desk into the night as two hot co-workers creep out to hit the latest hot spot. Liz wrangles herself an invite after looking at her depressingly empty personal schedule, and of course goes through the typical “get super hot” montage. I understand that this is a very real thing, and I know the difference that makeup can have on a girl, but for the life of me, it still seems like magic. Men have no comparable equivalent. There is no short amount of time doing something that can make women turn heads to look at me. Of course, at the club, Liz turns away suitor after suitor because of nitpicky excuses, something that I empathize with immediately, because I mean, paleo diets, what the hell. This of course leads Liz to embark on a Frankenstein like quest to create the perfect man (Steve Job’s brain, Nelson Mandela’s heart, Jimi Hendrix’s fingers, Patrick Swayze’s sun kissed skin, and of course, the neighborhood proximity of the guy in her building who died last year). Of course, she should probably have included Matthew McConaughey’s heterosexuality, because her ideal man-monster turns out to be super gay. Just that close.

Liz, seeming both out of options and time, decides to let her mother set her up. This of course leads to a date with a robot, literally. Fresh out of fucks to give, Liz uses her wine glass as her weapon and her inebriation as a shield and weathers the storm of inane conversation that comes her way. What catches her off guard though, is the minute the robot reminiscences about their past, and just like that, the date starts to change. All it takes is one moment of real connection, and everything starts to fall into place. Compliments that once seemed routine become personal, and one thing leads to another, thus initiating the robot’s sex sequence, which is painfully short and awkward, and serves to boost the ego of men everywhere. Of course, because all males are just after the one thing (robots, included apparently), our iron minute man makes a break for it, ignoring man-made barriers.

The episode of course, is bookended by Josh coming to his sister in person to ask for advice about the girl that he wants to sleep with. He walks through the huge hole in her bedroom to sit on her bed and ask about whether he should text or call. He finally notices that Liz is crying, and does the brotherly thing. He takes a few seconds to reassure her, tell her what he knows to be true, and then he treats her like normal. That’s what we all want after a breakup, normalcy. We don’t want people to walk on eggshells around us, we just want to get back to where we were. Josh may be dysfunctional in his love-life, but he knows his sister and what she’s worth as a person, something Liz needed to be reminded of dearly in this episode.

This was definitely a nice change of pace for the show, and it absolutely fleshed out the sibling relationship between Josh and Liz. Man Seeking Woman started by introducing us to this wacky and surreal world Josh’s romantic life, but as the season has gone on, it’s painted us a more complete picture of the important people in his life and who he is outside of his love-life. Most importantly, it’s made us care about him and people that he loves. This is why I’m invested in this show, because while the plots can go all over the place, the characters and relationships are very much grounded in reality.