After spending a season expanding the mythology of post-apocalyptic Earth, The 100 season finale brought focus  back to the core members of the 100 who desperately sought  to bring their friends home from Mount Weather. With Lexa’s truce with Mount Weather and subsequent retreat, Octavia, Bellamy and Clarke are each left helpless as their plans fail around them and more Sky People are kidnapped and harvested for bone marrow.

Ultimately, the irradiation of Mount Weather is their ultimate salvation, though it comes at a heavy price. Clarke is given a similar choice to both Lexa and Dante Wallace in the last episode – Us vs Them.  Clarke does as a leader must and weighs the lives of every man, woman, and child in Mount Weather. The lives of the Mountain Men are weighed against the lives of her friends and Clarke chooses her own.

It is easy to accept that the point of view given through our protagonists is right and just, but it is through moments like this that The 100 writer’s force us to acknowledge our own bias. Our heroes have no less blood on their hands and the audience is consistently put in the uncomfortable situation of realizing that we are victim of a biased narrative. Had the story been told from the point of view of either the Grounders or the Mountain Men, Clarke would be the monster of this tale.

That being said, the fall of Mount Weather was easily predictable. With a rapidly shortening timeline and the clear weakness of the Mountain Men, the episode was less how Bellamy, Octavia and Clarke would save their friends and more of the moral struggle behind it. Like with Finn’s death and the bombing of TonDC, they fight to find a better solution, but ultimately they cannot. The massacre at Mount Weather is inevitable. 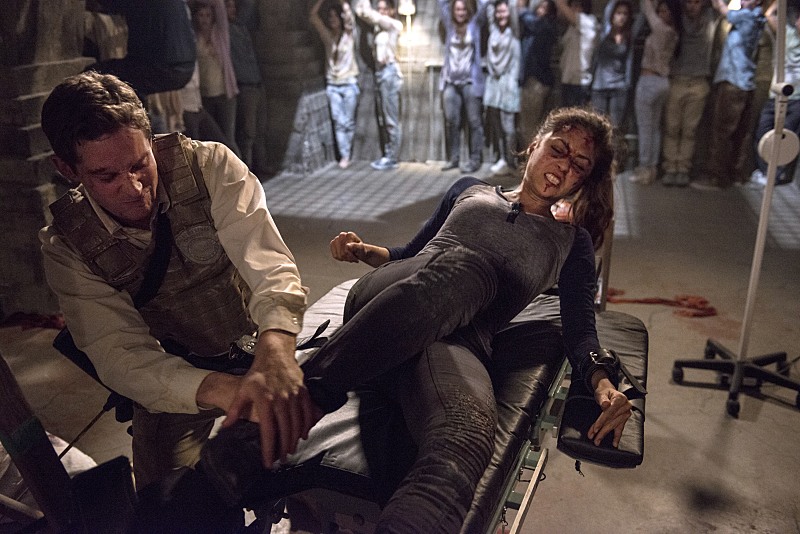 The event was given the gravity and respect it deserved. It would have been gratuitous and heavy handed to show us the children Bellamy so wanted to save, but director Dean White achieves the same poignancy with a lingering shot of a soccer ball last seen in the hand of those very kids. In another emotional beat, Clarke surveys the destruction at the entrance to the dining hall where she stood during the premiere to get her first glimpse of the laughing population of Mount Weather.

These small callbacks add another layer to the narrative. There’s something almost cyclical about these exchanges. Something that speaks to the wheel of humanity that brings clash after clash after clash. “You did good,” Kane assures Bellamy as they unchain the captive Sky People. They are the same words Clarke told him at the end of last season, as he tallied the dead buried at the drop ship. Now his people are even further depleted and the absolution is still given. “I can’t believe we survived a hundred years just so we could slaughter each other,” Clarke said back in season one. And yet here we are.

There are few writers that can pull off such complex characters week after week, but The 100 has some of the best in the business. There is a commitment to character that is rarely seen and it is especially apparent in an episode like this finale where quick emotional beats make up much of the interactions. Moments such as Raven’s resistance to being drilled and Octavia taking down two guards in a hallway showcase their character’s growth. Even Miller, who has gotten a lamentable amount of screen time this season, is afforded an emotional reunion with his father – consistent with the arc they were on. One of the most powerful beats is a nod of solidarity at Clarke and Maya’s reunion. They were at cross-purposes the last time they saw each other and the writer’s don’t forget that. Allowing their characters to act and react as real people adds a dimension of reality to the emotion of The 100 and rewards the investment to their audience. 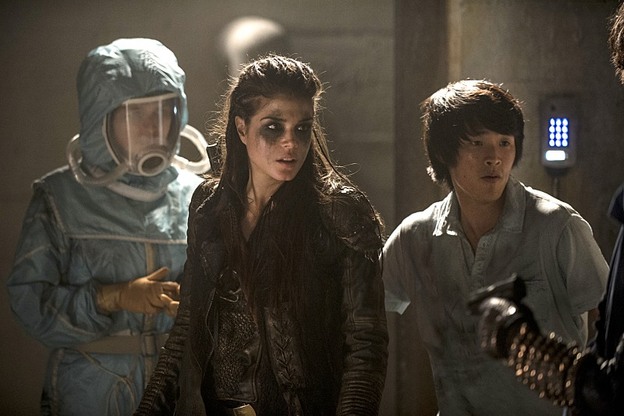 What is interesting is Bellamy and Clarke’s different reactions upon reaching Camp Jaha. While a burden seems lifted from Bellamy’s shoulders, even lightly commiserating that they need a drink, Clarke refuses to even look at the people she sacrificed so much to save. This moment speaks to the fundamental differences in their character. While Clarke has always been the better leader, Bellamy was initially swayed to her side by mutual interest in protecting the 100. Clarke thinks big picture while Bellamy is loyal to a fault to the people he feels he is responsible for. It is an interesting shift in their dynamic as, despite their current support of one another. I’m sure this difference will be raised along with the ghost of TonDC in season three. It is easy to think of Bellamy and Clarke as the leadership unit of the 100, but this season has really propelled Clarke to the forefront of that duo, proving that she has the natural strength and fortitude to be the true leader of the collective Sky People. Yet, though she is the leader everyone at Camp Jaha may deserve, she is not the one they need right now, and so she leaves them in Bellamy’s more primitive style of guidance.

What makes Clarke such an interesting lead is the juxtaposition of her fierce capability and her inexperience and self-doubt. Eliza Taylor has an ability to play this nuance beautifully, and her range has never been more on display than in this episode. She fluctuates between the ruthless war leader she has become, unflinchingly killing Dante Wallace to prove a point, and the child justifying herself to her mother. Even as she stiffens her voice and hardens her heart, it is Taylor’s deft handling of Clarke’s innate vulnerable heart that brings so much gravity to the exploration of child soldiers and morality of war The 100 plays with. The battles and sacrifice on The 100 are not gratuitous but stark survival. If Clarke was the Ark Princess come to ground in the first season, this season she has become a queen and heavy is the head that wears the crown.

Finally, in the last scenes of the season, we see the fruit of Jaha and Murphy’s labors. Murphy ends up in the lighthouse luxury pad of a dead programmer who created an A.I. that nuked the world. Jaha finds said A.I., A.L.I.E., who happens to have a nuke. Their storyline has felt more and more disconnected but luckily it was sparse enough in this episode that it didn’t feel like a let down during the immediacy of Mount Weather. Since there are no callbacks to incidences throughout the season we can attribute to this A.I. reveal, it doesn’t have the same impact as the white room in season one. Though it set up the next season, it came across as a Marvel end of credits scene rather than a season ender. It would have been more powerful to end the season on the shot of Clarke walking away from Camp Jaha. Nevertheless, we know what our Sky People will be grappling with next season, potentially sans Clarke, and I’ll bet it won’t be pretty. 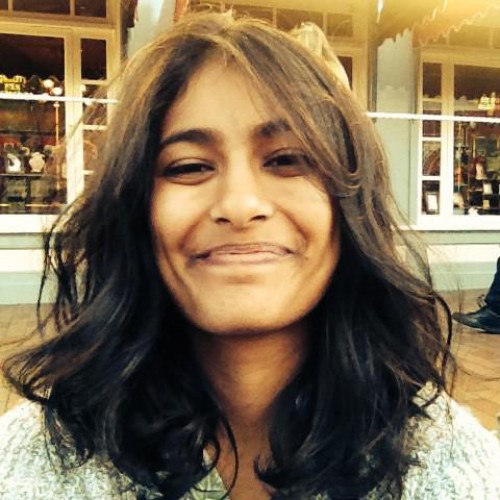