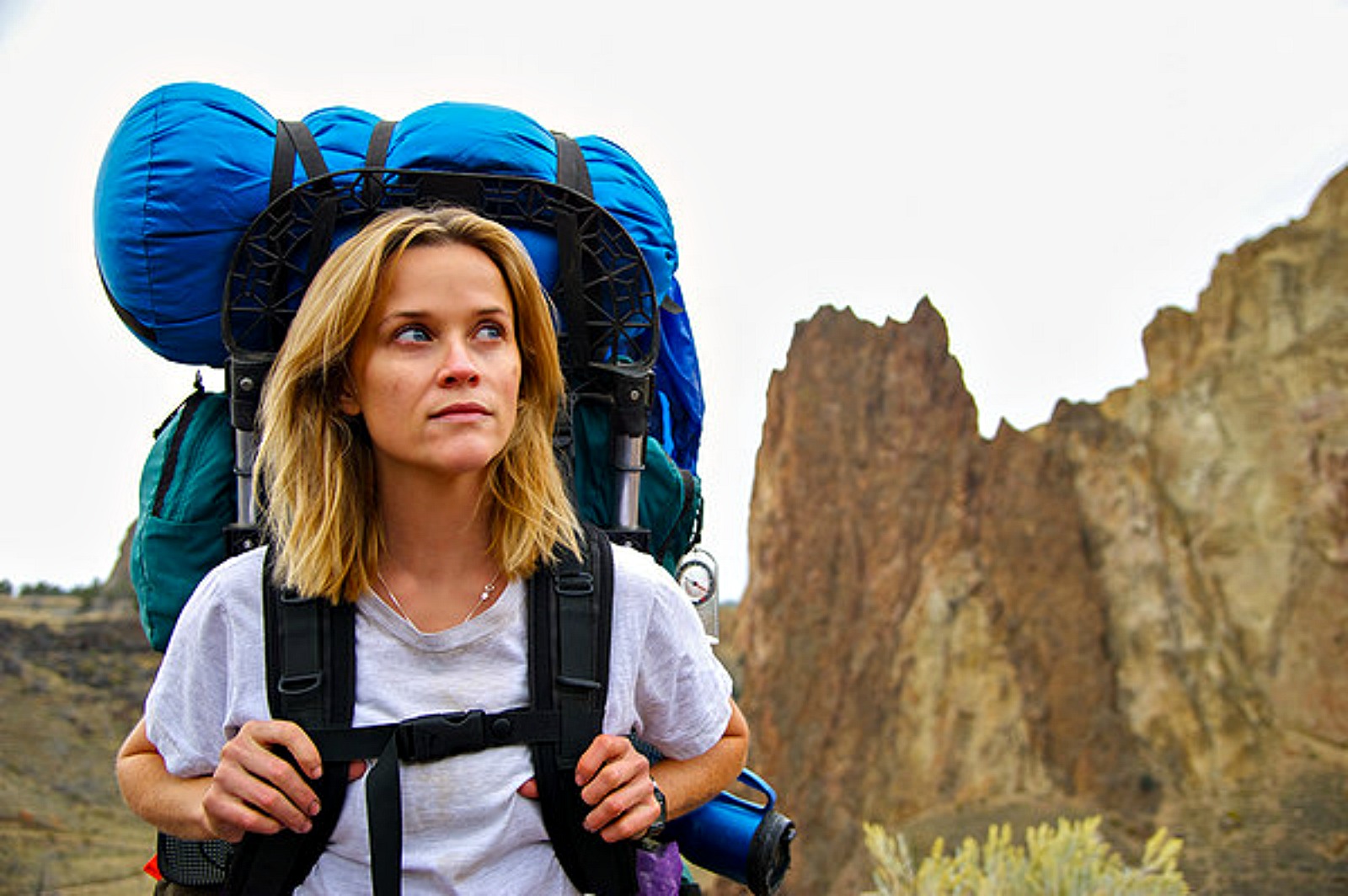 Wild producer Bruna Papandrea addressed the audience at AARP’s Movies For Grownups Q&A screening Nov. 9 with a refreshing frankness that aligned appropriately with the film’s own thoughtful, soldiering tone. Based upon Cheryl Strayed’s beloved 2012 memoir, Wild stars Reese Witherspoon as a desperate young woman scraping rock bottom who embarks upon a grueling and therapeutic trek across the Pacific Crest Trail. The 1,100-mile hike presents innumerable physical danger to even experienced outdoorsmen, but Strayed’s aching perseverance and survival instinct stems from a deeper emotional canyon than any geographic wonder could match.

Taken at face value, Wild could be easily interpreted as yet another tale of redemption in the face of adversity. Instead, we’re given a poignant, relatable and engrossing story of triumph and heartbreak from the razor-sharp perspective of an especially complicated and conflicted protagonist. It’s Strayed’s personalized tone and brutal honesty that makes her story so compelling, although her voyage into the wilderness does serve as far more than a perfunctory backdrop or metaphor.

Thanks to Dallas Buyers Club director Jean-Marc Vallée’s knack for visual cues, Wild transitions from the page to the screen with a subtly profound emphasis on its surroundings to complement the narrative rather than overshadow it. The spectacular scenery could have eclipsed the author and her intent in the hands of less nuanced filmmakers, but Vallée and screenwriter Nick Hornby allow Strayed to shine with wisely selective attention to detail. Papandrea is thankful Strayed’s voice remains so pure throughout Wild, particularly since it’s what drew her and Witherspoon to the project in the first place.

“If I’d read a one-liner about Wild on a book report, I don’t know if I would have paid attention. There’s lots of stories where people experience loss, obviously, and go on a hike,” Papandrea confessed. “In and of itself, it doesn’t sound that interesting. The beauty of it is in the way she tells that story … It’s a tribute to the book and to Reese that she identified what was so special about it.”

Vallée’s work on last year’s Dallas Buyers Club had likely helped prepare him to take on another awards-baiting biopic, and Hornby’s Oscar-nominated screenplay for 2009’s An Education silenced any doubt he can write from a female perspective. According to Papandrea, the diverse talents involved in adapting Wild all shared the common goal to stay as faithful to Strayed’s vision as possible.

“The best thing we can do as producers is to engage the best guardians of the story and choose the best collaborators,” she continued. “It was very important to Nick Hornby when he signed on that he have Cheryl’s stamp of approval, and the same with Jean-Marc Vallée when he signed on. So, kind of every step it’s really, for us, about handing the baton to people who will be the protectors of her story and the integrity of her voice.”

Witherspoon and producing partner Papandrea optioned the rights to Strayed’s manuscript months before it even hit shelves, echoing the same sharp instincts they demonstrated when developing fellow smash Gone Girl when reportedly no one else recognized its potential. This shrewd business savvy marks Witherspoon and Papandrea’s company, Pacific Standard, as an industry force with boundless potential for further success.

“We took that book out and every Hollywood executive in town said no. It really wasn’t until it was clear it was going to become a bestseller that people stood up and took notice,” Papandrea declared. “I think sometimes it takes Hollywood a little while to catch up with what’s going on in the market.”

While Witherspoon’s initial plans to star in Gone Girl were shelved after director David Fincher came aboard, watching her portray the ambitious, anguished Strayed illustrates a perfect balance between artist and subject. The plot is grounded firmly in Strayed’s solo journey from the Mojave desert to northern Oregon, but gets ample assistance from illuminating flashbacks that help convey why she’s ventured on such an extreme search for catharsis in the first place. It’s the paralyzing grief she experienced after her mother’s sudden death that catapulted Strayed into destructive behavior, leading to the loss of her marriage and identity. Though her personal troubles and string of poor decisions were legitimately worrisome, they ultimately positioned her on the necessary brink of honest rediscovery she needed to accept her circumstances and truly move forward. Luckily for Strayed and her audience, she took not only the crucial first step, but also the thousands that followed.

Papandrea discussed the reluctance some movie studios expressed regarding the project and Witherspoon’s decision to embrace such a brazenly flawed persona. As a result, the women decided their objective would be best kept intact if they financed the project on their own.

Witherspoon isn’t just in every scene; she dominates practically every frame of Wild with her raw display of Strayed’s inner turmoil and self-deprecating wit. Laura Dern plays Strayed’s free-spirited mother with gentle effectiveness, providing aptly supportive comfort to both her onscreen daughter and the film itself. It’s Dern’s character and performance that inserts Wild with a much-needed softness to help round the rougher edges of its heroine and her mission. Although the film sometimes loses some momentum while transitioning from past to present, the viewer will arguably gain an understanding of Strayed as a fully-realized human being that’s simply crucial to empathizing with her plight.

“I was mesmerized by how much it holds the deep truth of Cheryl,” Dern said of her reaction to Wild. “It really allows you inside her mind, alone on the trail. And the way [Vallée] honored this love story. To see a love story between a mother and daughter on film – she even says, ‘My mother was the love of my life’ – that just moves me so much, and to see it unfold I think is such a gift.”

Despite Wild’s arguably meandering and sometimes repetitive pace, the film follows Witherspoon and her character’s fluctuating state of mind across the PCT with a dogged undercurrent that thankfully avoids sanctimony. Strayed’s hike is made all the more profound when paired with her wrenching backstory, but Vallée never spends too much time lingering on any particular source of pain. Like Strayed herself, the director also approached the story with a propulsive outlook.

“He never places too much on any one memory. She’s left with rediscovering the value of those moments, with the things her mother said, as opposed to us trying to make them really important and really poetic,” Dern explained. “The poetry is, in a way, in rediscovering what you didn’t know was so essential in the moment. The fact the movie considers that an earned gratitude in life, through what we walk through, I’m in love with it.”

Papandrea also adopted an open mind when approaching Wild, choosing to regard the film’s ravenous anticipation and early Oscar buzz with forward-thinking sincerity and constructive introspection. It’s no wonder Strayed has already issued an enthusiastic thumbs-up for the final product. For her and the filmmakers, it really was about the journey, and not the destination.

“I truly, in my heart, think we made the best possible movie. If good things come, then they come. I really believe that. The most important thing to me is that people go see this movie and that they love it. If all the other stuff comes, then that’s fantastic,” Papandrea gushed. “I want to see these girls honored for their amazing work, and our director. But I just think you have to do your best work and then enjoy the ride.”

Erin is a co-founder of The Workprint. When not trapped in front of her laptop, she continues her quest to find the perfect cheeseburger. Follow her on Twitter @ErinBiglow.
@ErinBiglow
Previous Official: Krysten Ritter is Marvel’s Jessica Jones
Next ‘Homeland: 13 Hours in Islamabad’ – In Memoriam 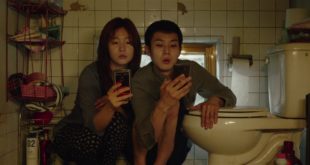 It’s the season five premiere of Syfy’s The Magicians and everyone’s still raw from the death of....