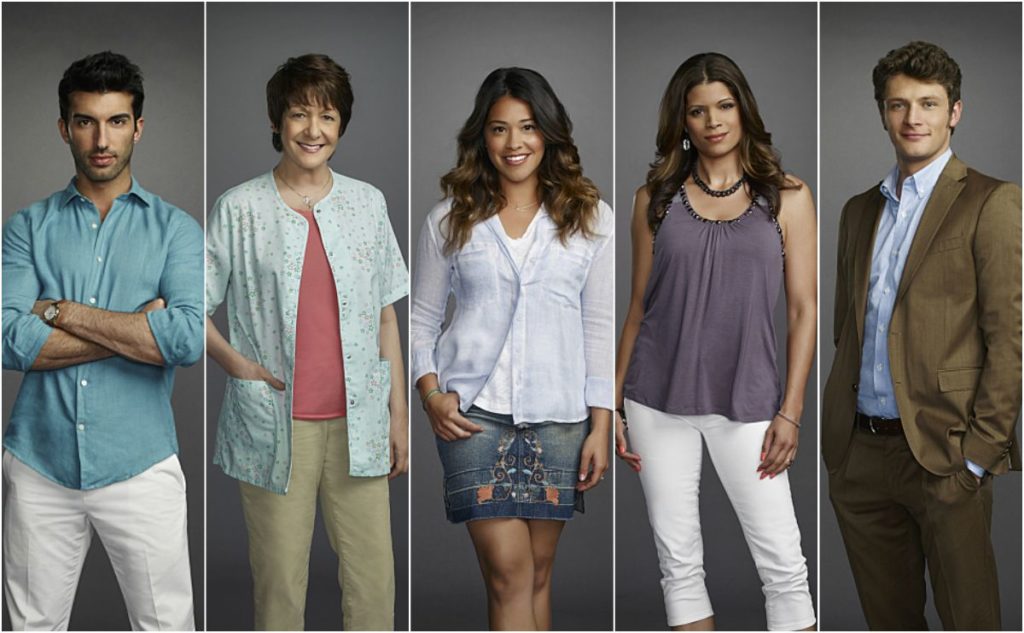 Jane the Virgin is a charming new CW sitcom based on a Venezuelan telenovela, Juana la Virgen. Jane is an early 20’s girl whose faith and family take preference in her life over everything else. However, after a mix-up at the doctor’s office, Jane (the virgin) becomes pregnant through an accidental artificial insemination, and chaos ensues between Jane’s family, the baby daddy playboy and his crazy wife, and Jane’s long-term boyfriend.

So, get to watching. You can find the show on The CW or Hulu and catch up before tonight’s episode at 9pm EST.

You need more than that? FINE. Can’t just trust me and go watch the show. Way to stick a fork in our otherwise perfect relationship.

5. It’s different from anything else on television 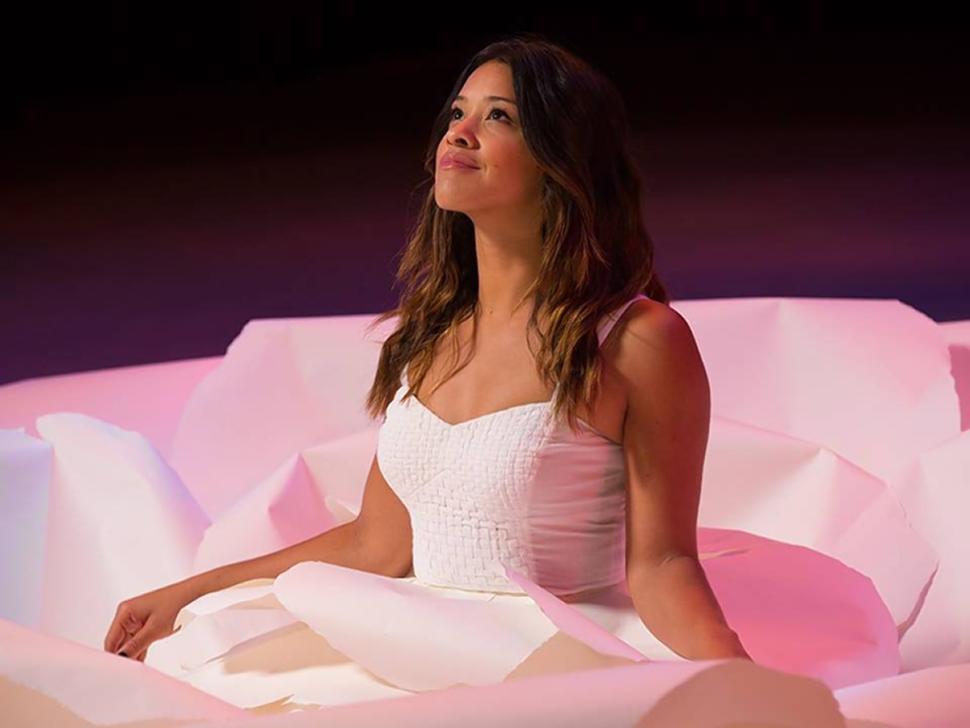 Because the show is based on a telenovela, it plays out like one, with a cheesy narrator who talks far too much and cute animations. If you haven’t seen a telenovela, well, you’re missing out. You think Game of Thrones has shocking twists? HAHA. Telenovelas have more insane deaths in ten minutes than in an entire season in Westoros. (Except wedding season.)

Jane the Virgin follows that same trend, though, thankfully toning down some of the crazier aspects of Spanish soap operas. The show never takes itself too seriously (and does humor very well), but not at the expense of story. Sure, the plot is ridiculous and the characters, at times, campy and far over the top, but they’re still real people, with genuine dialogue and interactions. There’s an honesty to them, and once you think you understand one of them and have decided to hate them, they go and surprise you. (Looking at you, PETRA.) 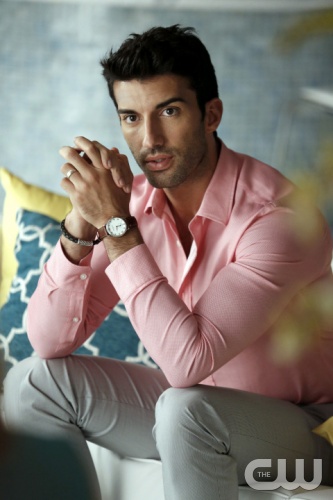 It’s not even fair how attractive he is as baby daddy Rafael. I’m not a guy (*checks*), but even I’m intimidated by his good looks. Pictures don’t do this man justice; wait until he smiles on screen and your heart will go thump, thump, too. Sure, his acting only varies on a scale from “irritated” to “charming” but that kind of pretty boy naivete adds to his appeal. And I’m shallow. But hey, if this gets one more person to watch the show, then I’ve succeeded. Besides, his character can be sweet, especially when it comes to discussion about the baby.

(Editor’s Note: I’m a guy and it’s not even fair how ridiculously good looking he is. – Bilal)

3. The unborn child is referred to as a “milkshake”

I KNOW. ISN’T THAT HILARIOUS? 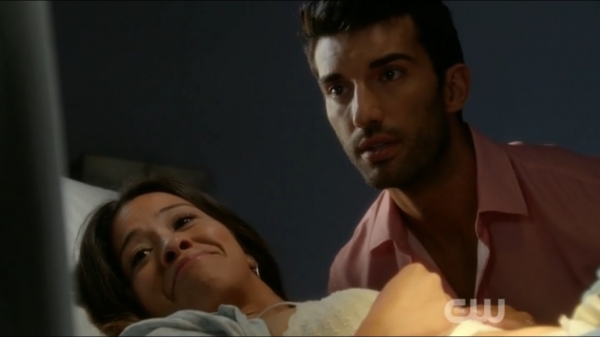 For a show centered around an improbable premise, with so much cheese I need to see a doctor about the gas, you wouldn’t think it’d tug at your heartstrings, but it does. Of course it has its humor, that’s to be expected, but it’s the little moments–like when Jane and Rafael hear the baby’s heartbeat for the first time–that shine the brightest.

Each episode I find myself torn between Team Michael or Team Rafael. (Mostly I’m just Team Jane.) Even more, the relationship between Jane and her mother, Xiomara, is reminiscent of Rory and Lorelai Gilmore: funny, unflinching, and full of secrets. Their respective history with Jane’s pious abuela only adds to the strange but lovable family dynamic. Let’s face it, we could all use something to fill that Stars Hollow-shaped hole in our hearts. 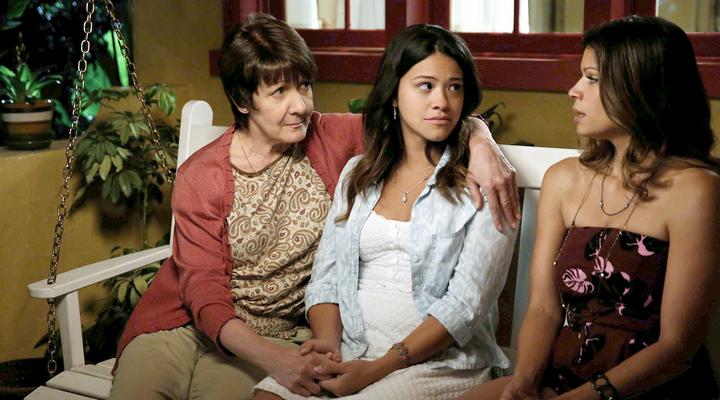 Gina Rodriguez is a damn treasure. After the first episode, I was so in love with her and Jane Villanueva that I filed a restraining order against myself. It’s fantastic to have not just a female protagonist, but one who is honest to a fault and kind, while not being a meek pushover. As she puts it, “I may be a virgin, but I’m not a saint.” And that’s true. Jane’s faith guides her, she believes in it, but it never becomes a caricature for who she is. Push comes to shove, she’s going to defend herself and what she feels is the right choice.

At first glance, Jane the Virgin appears to be yet another “oops, I’m pregnant” story, and while the pregnancy is the main plot for now, it’s more of a show about a young woman relinquishing the hold others have over her and finding out who she really is and wants to be.

THERE. I’ve given you reasons to watch the show. Now, get outta here and go watch the first five episodes IMMEDIATELY. If you need an excuse for why you didn’t show up to work/school/dentist appointment/etc., leave me a comment and I’ll have one handy for you. OR if you have watched the show, tell me how much you love it.