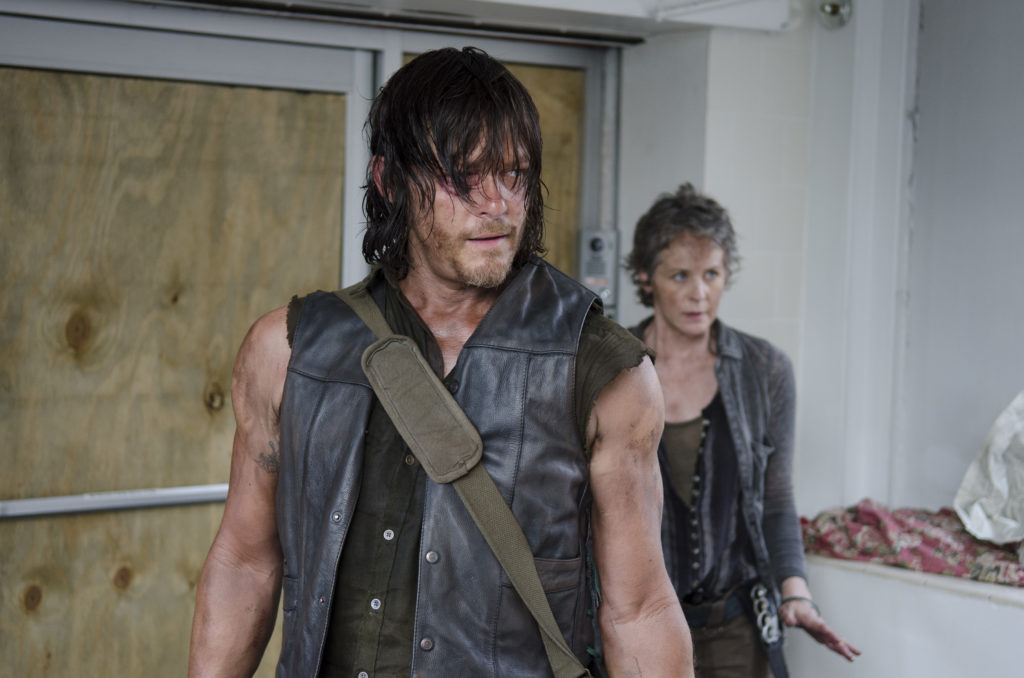 In one of the relatively quieter episodes this season, we catch up with Carol and Daryl, who are on the trail of a car similar to that of Beth’s abductors.  Their pursuit leads them into the heart of Atlanta where they encounter Noah, the escaped indentured servant of Grady Memorial Hospital and friend of Beth. It’s a well rounded episode of television that ably balances the plot, characterization, and action.

The episode focuses primarily on Carol; we get a good hard look at the person she’s become, and everything she’s had taken away from her.  While the other characters on the show become defeated, lash out, or merely die, Carol has always been the character who has shown the most genuine and dramatic growth throughout the series.  When we first met her, she was an abused wife and soon, a grieving mother.  The strong, confident Carol we know today is hardly recognizable; through a series of flashbacks, we see the various events that have both forged and hardened her.  These are highlighted nicely by the common but effective motif of fire and smoke–it’s featured prominently in every flashback, and recurs throughout the current story.

Fire is both a cleansing and destructive force–we see not the steely hero that singlehandedly assaulted Terminus, but a weary woman on the verge of defeat.  When everything else is burned away, there isn’t much that remains but ashes.  The best we can do is keep trying and hope that the flames don’t consume us.  Like Rick in the beginning of the season, Carol has developed a certain cold ruthlessness; it’s up to Daryl to remind her to keep trying, and he stops her from shooting a fleeing Noah in the back. 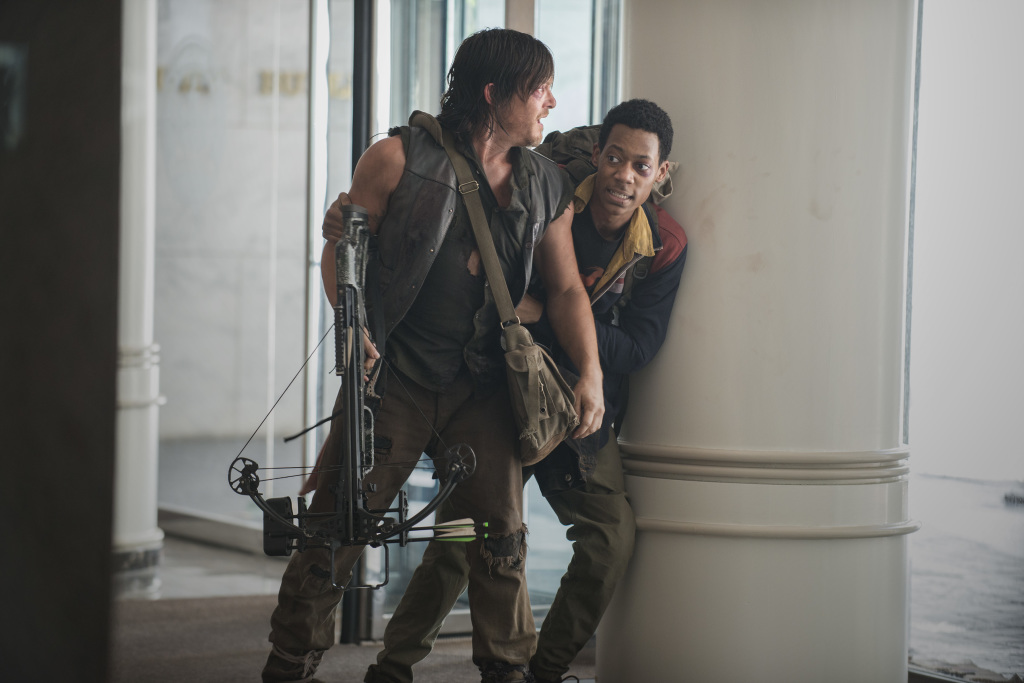 Carol and Daryl are frequently paired together, and make a great match.  Both keep mostly to themselves and are reluctant to show vulnerabilities, but share a deep connection between each other as a result.  Their reserved, stoic natures may have proved challenging to write for in the past (and haven’t necessarily paired well with others), but the chemistry between the two provides a rich well to draw from.  Their friendship feels genuine and natural; the understanding the two share allows for a lot of characterization to remain unspoken, much to the show’s benefit.  Daryl dispatching and burning the bodies of the the zombie mother and child so that Carol wouldn’t have to was a particularly nice touch.

As they catch up to Noah and he explains that Beth is still being held at the hospital, Carol is struck by the arriving hospital patrol vehicle.  Daryl and Noah make an escape as the guards lift Carol onto a stretcher, and head back to the church to gather the rest of the group.  It’s a comparatively small advance in the plot of a season that has otherwise been barreling forward, but the strong characterization and acting this episode prove just as compelling.

Previous article
5 Reasons Why You Need to Watch ‘Jane the Virgin’ RIGHT NOW
Next article
Watch: ‘The Duff’ Teaser Trailer