Three new series and four returning favorites will headline the weekend in New York City. On Friday, October 4, HBO will present an exclusive screening of Damon Lindelof’s eagerly anticipated series Watchmen, in advance of its Sunday, October 20. The NYCC debut screening will be followed by a Q&A session with series stars and executive producers. 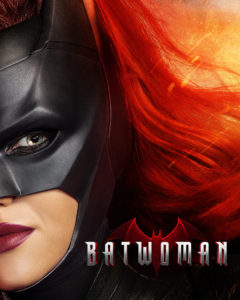 Saturday, October 5, brings the season two world premiere screening of Castle Rock, with a cast and producer panel session. On Sunday, October 6, Kate Kane will come out of the shadows as the latest addition to The CW’s Arrow-verse, Batwoman, which premieres later that night at 8/7c on The CW.

Fans will also be treated to a screening of the debut episode of Harley Quinn, the adult animated series voiced and executive produced by The Big Bang Theory’s Kaley Cuoco, which is coming soon to DC Universe.

The full panel descriptions and details can be found below:

Previous article
The Workprinters Podcast – Did You Know Chucky is Based Off a Real Haunted Doll Story?
Next article
‘The Purge’ Season 2 Trailer