‘The Walking Dead’ Review: Self Help

ComicsTVTV Reviews/Recaps
November 11, 2014
By: Will Fan 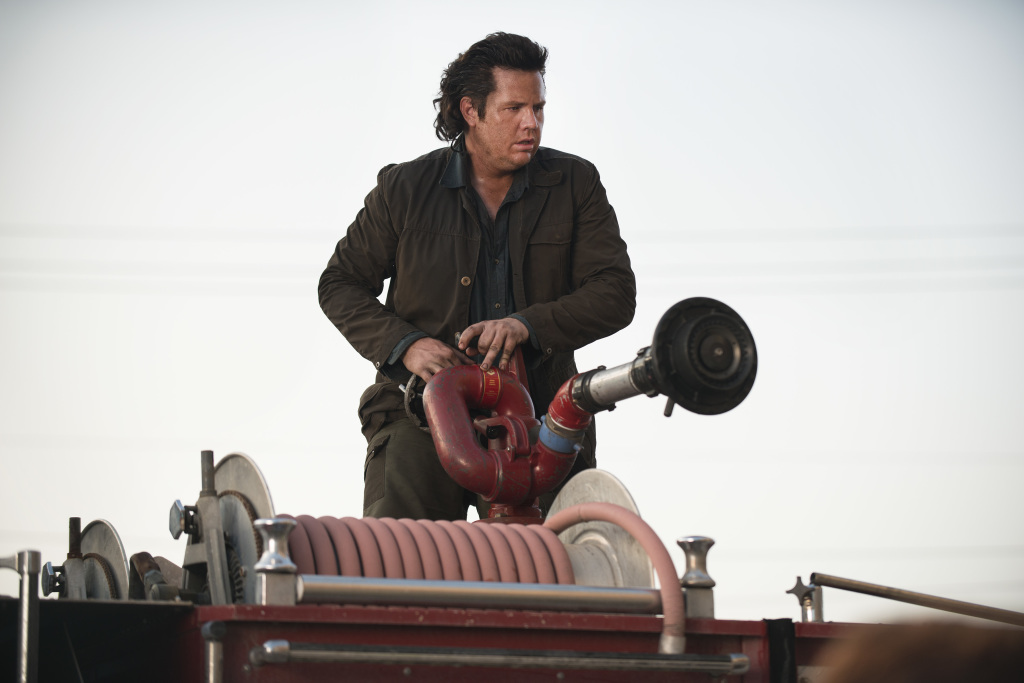 THE WALKING DEAD
Season 5, Episode 5
“Self Help”
GRADE: B+

We finally receive some much needed characterization for Abraham and Eugene this week in The Walking Dead, as we follow their small group on their quest to reach Washington DC.  When their bus breaks down and the group is forced to once again proceed on foot, Abraham grows increasingly frustrated by their repeated setbacks and tensions mount to a startling revelation.  Proper characterization for Abraham’s small party has been sorely lacking ever since their appearance in last season’s “Inmates”, but a well written episode provides some welcome screentime for the underappreciated characters.

When we first met Abraham, his dogged insistence in getting Eugene to Washington made for superficial characters and a repetitive voice of dissent in all the group decisions.  After a while, his tunnel-vision and stubbornness bordered on delusional.  However, a series of flashbacks provides the crucial context that puts all of Abraham’s actions in perspective.  Having lost his family and with nothing else to live for, a grieving Abraham prepares to take his own life when Eugene shows up, in need of rescue and safe passage to Washington DC. It’s not terribly unique as backstories go, but it helps to humanize the otherwise comically stubborn and unreasonable man. His need to push forward is as much about escaping his past as it is about saving the human race, and casts his unwavering determination in a more sympathetic light.

Eugene’s personal journey was less dramatic than Abraham’s (at least until the end).  Rightfully dismissed as a socially stunted coward, the connections he forges with the others over the course of the episode were important developments for his character.  His fumbling attempts to overcome his own cowardice and prove his value to himself and others leads to a small but triumphant moment when he uses the fire truck’s water cannon against a horde of zombies.

Eventually, our group comes across a truly massive, sprawling sea of walkers, and the tension reaches a breaking point.  Abraham is at the limit of his patience, and the group struggles to reason with him.  As a fight nearly breaks out, Eugene suddenly confesses that he made everything up. Driven by his own guilt, he admits that he is not a scientist and doesn’t know how to stop the zombie apocalypse.

It’s not a particularly shocking revelation, but it’s one that is perhaps surprising to see so early in the season.  What will happen to Eugene, how will the rest of the group react, and will they still decide to go to Washington? This season has shown a great willingness to push the plot forward and embrace uncertainty instead of milking every plotline dry, and has been more compelling and focused as a result.  So although Eugene’s confession shattered both his nose and Abraham’s mission, the future of the season is brighter than ever.