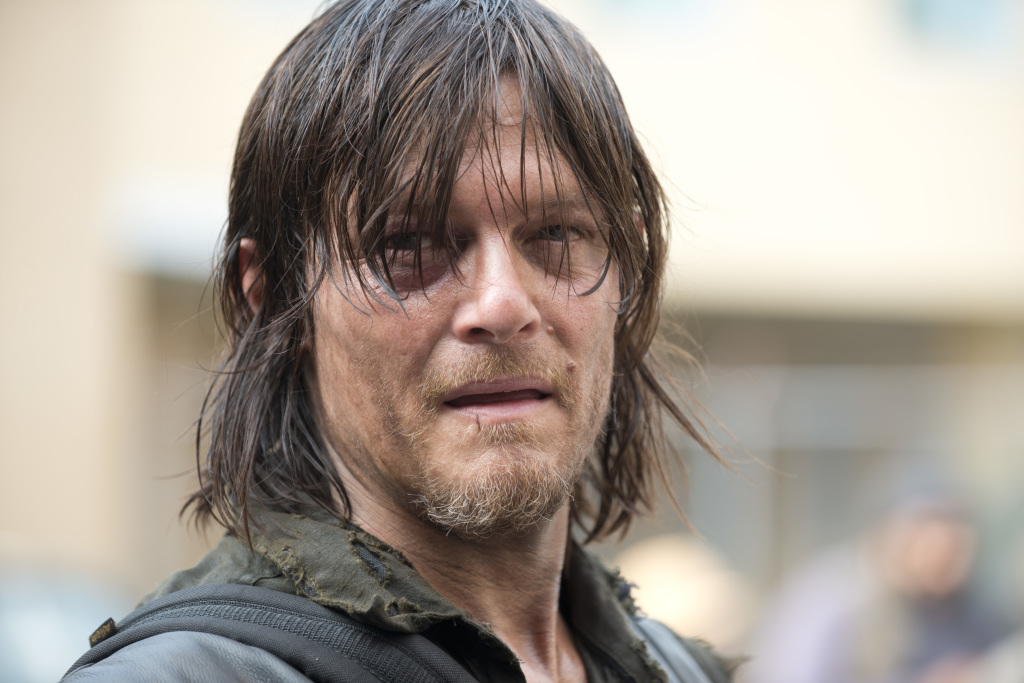 This week’s disappointing mid-season finale closes out what was otherwise a very promising first half of the season.  The problems that plagued earlier seasons once again haunt this episode: weak plotting, slow pacing, and ineffective characterization.  The strength of the season thus far that makes the problems all the more noticeable, and even the death of a major character didn’t leave much of an impact beyond its initial shock value.

To be fair, it wasn’t all bad.  The opening in particular was pretty great, as Rick hunts down the escaped Officer Lawson.  After Lawson repeatedly ignores orders to stop, an impatient Rick simply hits him with a commandeered police cruiser.  It’s pretty cold, even for Rick, but ultimately understandable and necessary.  It’s notable that Rick still has the decency to put Lawson out of his misery. This darker side of Rick is often what assures his survival and that of his people, but it doesn’t always have free reign. Rick has been talked down by others in the group on multiple occasions, and it will be interesting to see whether he can continue to control this side of him without being consumed by it.

Back at the church, Gabriel’s clumsy escape was in fact a journey to the school where the Terminants made their camp.  As he picks over their belongings, he ultimately stumbles upon the charred leg of Bob still on the grill (why isn’t that the first thing he notices), which confirms Rick’s justification for their butchering and adds another layer to his crisis of faith.  It’s a short but necessary diversion that helps to ground his character a little, who has mostly been a panicky, cowardly burden until now.

And being the panicky, cowardly burden that he is (like a useless Scooby Doo), Gabriel leads the entire school full of zombies from the Terminant camp back to the church.  Michonne lands a few satisfying zombie kills with her sword, but they ultimately need to make a hasty retreat out the same crawlspace Gabriel used earlier.  They barricade the front doors from the zombies still inside, and soon Abraham’s fire truck arrives to whisk them off to Atlanta to rejoin the rest of the group. 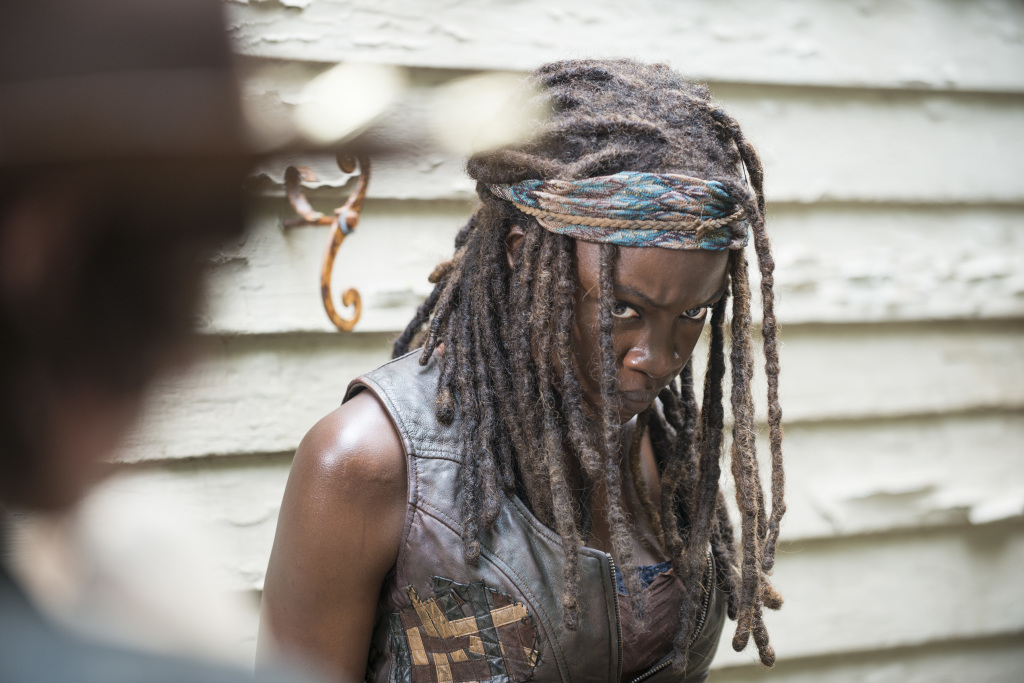 Meanwhile, Beth spends most of the episode getting to know Dawn.  It’s a strained, tedious couple of scenes that adds little characterization beyond what we already know: Beth remains the defiant teenager while Dawn is the feckless leader of a group on the verge of mutiny.  The show attempts to forge some degree of mutual understanding or bond between the two characters, but never quite succeeds in the few short scenes this episode.  The problem with Dawn is that they took her ineffectuality too far–she was never believable as an authority figure and therefore never truly threatening as a villain. All of her actions are shallow bluffs to maintain control over the hospital, and her floundering attempts paint her character as more pathetic than any sort of tragic villain.

Dawn’s misguided attempt to assert her authority ruins the entire hostage exchange which, as Rick reminded her, was already done.  Everything had been going swimmingly until she demands that Noah returns to the hospital, which prompts Beth to stab her.  Dawn’s knee jerk reaction is to shoot Beth in the head, and in return Daryl puts a bullet in hers.  While certainly shocking, Beth’s death is the coda to one of the season’s weakest storylines, and the impact doesn’t resonate much beyond the loss of a genuinely compelling character.