Does Victoria Survive The Mirror Bridge? Hannah Levien Weighs In

The Workprint was able to chat with the Levien recently on The Magicians as well as her upcoming new show on Freeform, Sirens.

Syfy’s The Magicians is currently on its third season and continues to surprise audiences in unique and imaginative ways. The show is also all about character development and have been able to successfully achieve this for both major and minor players alike. One such individual is badass traveler Victoria played by talented Australian actor Hannah Levien.

We first met Victoria in season one as a prisoner of Martin Chatwin/The Beast. She was a psychic, a traveler (like Penny), and a part of the missing Brakebills class of 2016. In an attempt to seal Fillory, Martin had been killing travelers to prevent outsiders from entering the realm. When Victoria came with Josh, Poppy, and other classmates during spring break, The Beast attacked them and ended up killing most of their friends. Victoria was able to bring Josh to the Neitherlands but when she returned for the others she was captured and tortured. Thankfully though she was rescued by Penny and Alice when they came to Fillory. The other traveler had been mentally calling for help and Penny had heard her. After being saved, she and Josh returned to Earth. 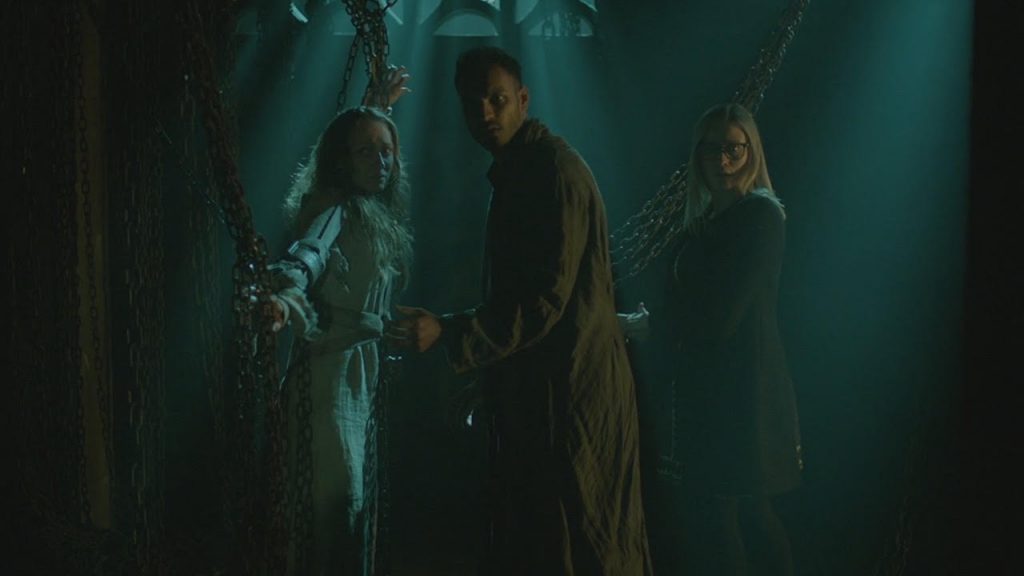 In season three, we find out that she had joined forces with former FuzzBeat head Harriet after Quentin, Poppy, and Penny come to her for help to break into the Neitherlands library branch. We also discovered that she and Poppy used to be best friends until Poppy slept with Josh while he and Victoria were still dating. The questers need her to create a mirror bridge so that they can get the fifth key that Penny is supposed to send up from the Underworld library. Q, Kady, and Penny strike a deal with Harriet that the elder magician would join them in the Neitherlands. In a contrast to when she first took her classmates to Fillory, the traveler is a lot more careful now and doesn’t want to embark on this dangerous bit of magic unless they are 100% sure it’s safe.

“She’s gone through this horrible ordeal, but she’s now even more dedicated to protecting the people she cares for. And protecting the rights of magicians and magic and trying to make adventures safe for people. She doesn’t want to take them over that bridge unless its 100% safe,” said Levien.

Her character has definitely grown since we first met her. She evolved from carefree grad student to a mature magician after experiencing such trauma in Fillory. According to Levien, Victoria really felt the weight of the deaths of her fellow classmates and it had changed her for the better. Returning to Earth had given her a second chance and it makes sense that she’s fighting to make a difference by joining Harriet’s cause. “Victoria has a very strong backbone. She’s such a bad ass! We get a strong impression that she’s brave, loyal and will take a bullet for those she cares about,” she said. 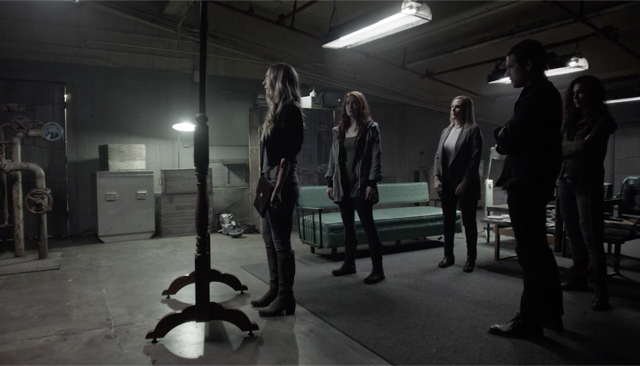 In the episode Six Short Stories About Magic, audiences were able to see the perspectives of characters not on the quest and it was brilliant because we got to see a larger part of The Magicians world. Having Victoria back this season was an added bonus for fans and shows us how her character has developed since returning to Earth. She unfortunately though has it super rough to go from being a prisoner of The Beast to now being stuck in a mirror bridge.

When asked whether or not she thinks that the two women survived Levien said, “They are stranded in the Underworld or multiverse, depending on where the bridge leaves them. I think they are survivors and people don’t seem to die in The Magicians. We may very well see more of them!”

The actor also explained that filming that specific scene was very challenging logistically speaking because of all the special effects involved. They had a lot to sort out between the water, the wind, and the glass exploding. But what a scene that was! Here’s hoping that they do manage to come out on the other side and we get more Victoria in the future. Levien has done a tremendous job with her character and one can’t help but root for her to make it. 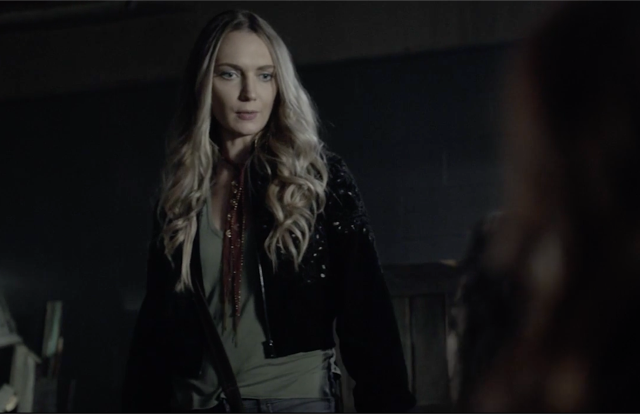 Levien will also be on Freeform’s upcoming new show Siren. The series tells the story of a mysterious young woman appearing in the small town of Bristol Cove. The legend of mermaids is deeply rooted in the community and her sudden arrival causes havoc for the residents. Levien plays Janine, who is dating one of the local fishermen Calvin (Curtis Lum). Her character is a bit of a tomboy who runs with the boys and gets caught up in the adventure with them.

Siren has a special two-hour premiere on March 29 and it’s looking to be another series that I will be watching because who doesn’t love mermaids, folklore, and saving the ocean?

For more on Hannah Levien, check out her official social channels:

Previous article
‘A Futile and Stupid Gesture’: A Satire on the Satirist Behind ‘National Lampoon’
Next article
‘Jessica Jones’ Season 2 Episode 1 Review: AKA Start at the Beginning