FeaturesMoviesMovie NewsNews
May 22, 2017
By: Bilal Mian

Cinematic universes are all the rage since Marvel hit it big with their big screen comic book universe.

Sony is on attempt number two right now with Spider-Man (Marvel is assisting them this time around), after whiffing with Amazing Spider-Man. Warner Bros. has more misses than successes with their DC Comics Extended Universe, but they haven’t given up yet.

New to the fray is Universal Pictures’ Dark Universe, which will serve as the connecting tissue in the revival of classic monster films starting with next month’s The Mummy.

What’s to follow after The Mummy? Bride of Frankenstein, directed by Bill Condon (Beauty and the Beast), which is slated to release on February 14, 2019. With the next film in the Dark Universe nearly two years away, why even bother announcing a universe until then?

“I’m very excited to bring a new Bride of Frankenstein to life on screen, particularly since James Whale’s original creation is still so potent,” said Condon in a statement. “The Bride of Frankenstein remains the most iconic female monster in film history, and that’s a testament to Whale’s masterpiece—which endures as one of the greatest movies ever made.” 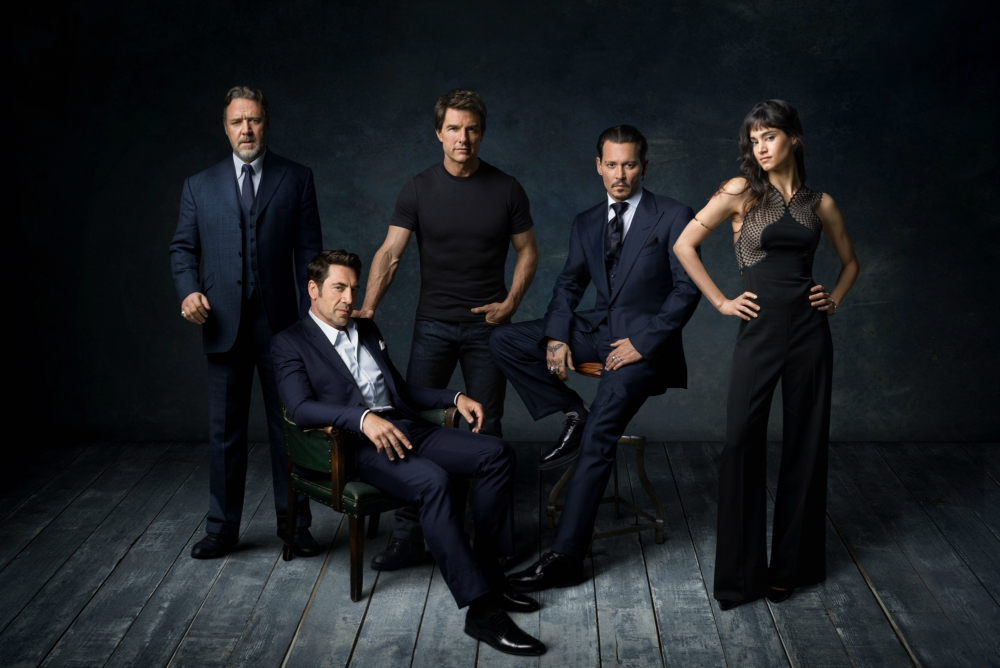 The Bride of Frankenstein will join previously announced characters in the Dark Universe – The Invisible Man, played by Johnny Depp, Frankenstein’s Monster, played by Javier Bardem, Tom Cruise, as soldier of fortune Nick Morton, Russell Crowe as Dr. Henry Jekyll, and Sofia Boutella as The Mummy.

The Dark Universe will be helmed by Alex Kurtzman, who also serves as director and producer of The Mummy, Chris Morgan, writer of six of films in the Fast & Furious franchise, Christopher McQuarrie (Mission: Impossible series, The Usual Suspects) and David Koepp (War of the Worlds, Jurassic Park).

“When Universal approached us with the idea of reimagining these classic characters, we recognized the responsibility of respecting their legacy while bringing them into new and modern adventures,” said Kurtzman and Morgan. “The studio and our fellow creative collaborators have championed and challenged us as we’ve begun to spin the web of Dark Universe. It’s our hope these movies will engross longtime fans and spark the imaginations of brand-new ones.”

“We take enormous pride in the creativity and passion that has inspired the reimagining of Universal’s iconic monsters and promise audiences we will expand this series strategically,” said Donna Langley, Chairman, Universal Pictures, in a statement.  “The enterprise masterfully developed by Chris and Alex will allow each subsequent chapter the right time to find the perfect cast, filmmakers and vision to fulfill it.  As we launch Dark Universe with Danny’s [Elfman] provocative theme before The Mummy and collaborate with a brilliant filmmaker like Bill to weave the story of a very modern woman in a very classic tale, we feel confident we’re off to a tremendous start.”