One of the biggest issues with True Detective this season has been its attempt to adapt the crime noir genre to a lengthy serialized television format. Where most films can wrap up in a couple of hours, True Detective has had to drag out its investigation to nearly four times the length, padding out the crowded but otherwise straightforward tale of murder and corruption. It’s only been in the last few episodes, where the dots are finally being connected, that the show can cut through most of the exposition and build real momentum towards its conclusion. “Black Maps and Motel Rooms” deals with the ramifications of all the critical events and evidence uncovered last week in “Church in Ruins”, but the penultimate episode in the season isn’t driven by the elucidation of the season’s central mystery. The more our protagonists uncover about the long-festering and far-reaching corruption, the more the walls slowly close in around them.

Pretty much everything comes into sharp focus in “Black Maps and Motel Rooms,” as our heroes begin piecing the disparate pieces of the mystery together. As an audience, there’s nothing particularly surprising about the conclusions they draw; at times it feels like the show’s running down a checklist of clues and explanations, delivered in torrents of exposition that occasionally border on overwhelming. Caspere’s shares in the land deal are being purchased by Osip and Blake, as part of a larger plan to take over Frank’s enterprise; the incriminating photos sent to Vera were taken by Tascha as blackmail evidence, but she was later caught and killed in the cabin; the blue diamonds were stolen by Holloway, Burris, and Dixon in the 1992 robbery and used to buy their way into Vinci’s corrupt empire.

Of course, one couldn’t ignore all the bloodshed this episode. Most prominently Paul Woodrugh, the tragic hero who wasn’t able to run away from his past and true self. Black Mountain has been reformed as Ares Security under the employ of the Catalast Group, and they blackmail Woodrugh with pictures in exchange for the the stolen contracts. He goes to the exchange only to be confronted by Holloway, but the scene doesn’t achieve much beyond serving as a tense and thrilling send off for Paul, who is shot in the back by Burris as he escapes above ground (these are definitely not rubber bullets). Velcoro called Woodrugh a god warrior following the Vinci Massacre, and that reputation holds true here–one element that critics of season two can’t deny are the incredible shootouts and action sequences we’ve been treated to so far. 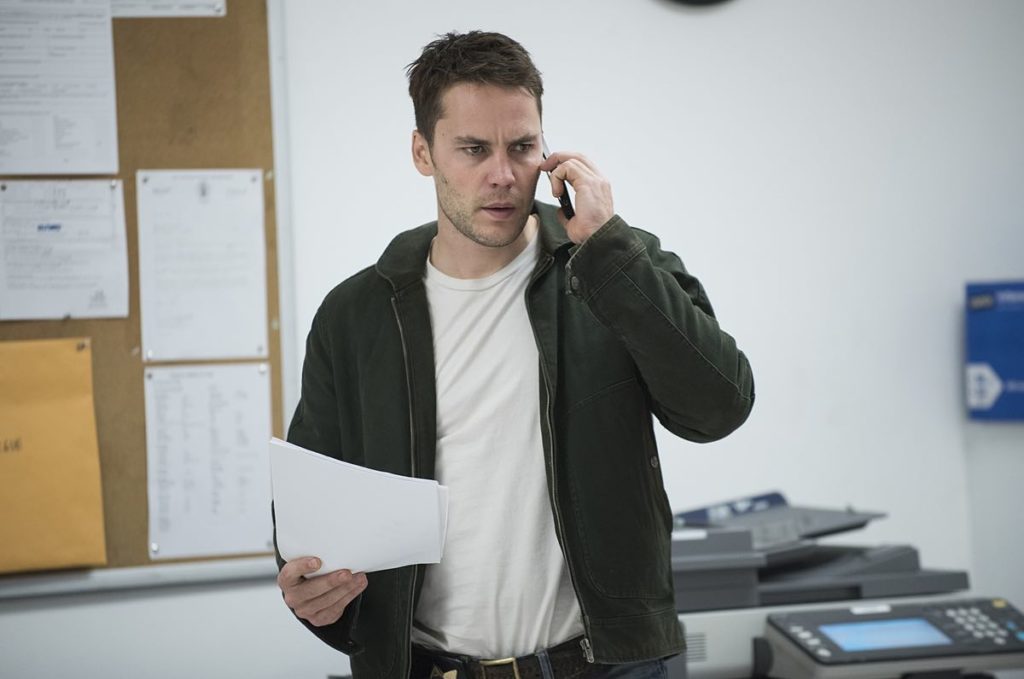 Perhaps the other biggest shock of “Black Maps and Motel Rooms” is the death of State’s Attorney Davis, who is found by Velcoro during their planned meeting to turn over the contracts. Velcoro is justifiably in a rush to escape the scene, but the show moves a little too quickly to dwell on her death. A set up like that would be a perfect opportunity to capture or tail Ray, but the episode is more concerned with the follow through, compounding the shock of the moment with Frank Semyon confronting Blake in his office. Blake has a lot of beans to spill (see above re: torrents of exposition) before Frank spills Blake’s guts onto the carpet.

Frank is on the warpath now, emptying his safes and setting fire to the casino and club that he recently lost to Osip. He’s arranging business deals and gathering some firepower to strike back at Osip during a meeting with McCandless to buy Caspere’s shares. At the same time, he’s preparing fake passports and plane tickets. Ani, similarly, has convinced his father and sister to flee to the Pacific Northwest for a few days, while Ray is contemplating a means of escaping the country. “Black Maps and Motel Rooms” is a tense, foreboding hour of television that paints our heroes into a corner they’re unlikely to all escape, setting the pieces in place ahead of next week’s season finale.