If you’re a fan of USA’s “Playing House”, all of this should be normal, everyday behavior. If not, it’s totes kewl!

USA’s comedy series returns to the airwaves in an eight-episode run, bringing back the same great cast that made the show so much fun — but it’s a miracle it got that far. Fans of the series practically had to beg and petition the network for a renewal which, in my opinion, is really strange for the level of comedic wit that is seen in every episode of the show.

The show is about two old high school friends, Maggie and Emma, who rekindle their friendship after Maggie becomes pregnant and Emma comes out to the small town they grew up in to take care of her. After finding out that her husband is having an affair, Emma quits her job to help Maggie out full-time. 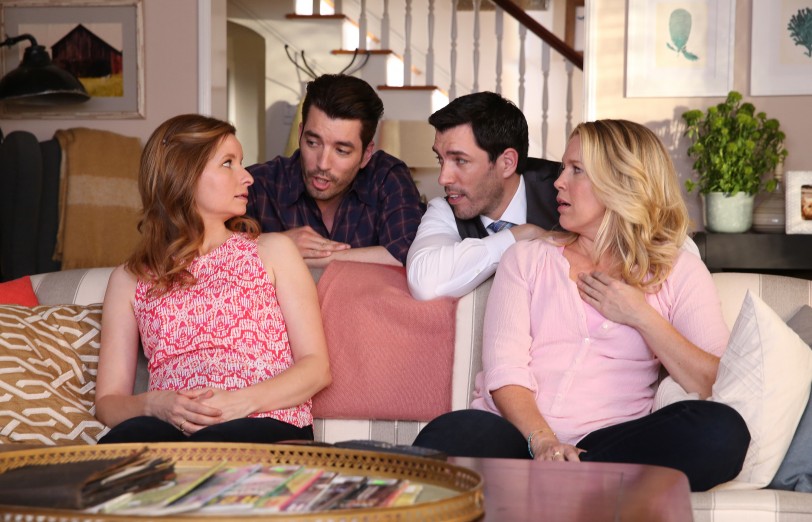 Whereas the humor in Playing House could sometimes delve into weird areas (Maggie’s breast milk leaking through her shirt during a date seems a bit forced in the second of two preview episodes), the show, at its core, is about camaraderie, female bonding and friendship that endures despite Emma and Maggie’s mutual flaws. The two play off each other so well, in fact, that a lot of the stories on the show feel real, thus we get a lot of Lucy-and-Ethel moments.

One of the best moments of the new season involves Emma’s old flame, Mark (Keegan-Michael Key) and his wife, Tina (Lindsay Sloane). Mark is sneaking around on his wife in order to visit baby Charlotte. Tina wants Mark as far away from Emma and Maggie as possible since Season 1’s fiasco where Tina discovered that Mark had once proposed to Emma before him and Tina were married, Emma declined and, in his depressed state, Mark ended up sleeping with Maggie — which Emma didn’t know about.

The problem is that Mark accidentally takes one of Charlotte’s favorite toys home — and Mark and Tina’s dog use it as a chew toy? Naturally, Emma and Maggie have to get it back. So they elect to go over to Mark’s place while he and Tina aren’t home and enter using his security codes. What could possibly go wrong?

The first two episodes are sharply-written despite having flaws (Maggie’s ex-husband living with his mother is a throwaway storyline that just needs to go away) and the show maintains the same high-spirited, laugh-a-minute pace that made it a hit with its followers.

USA is doing something new with this show, releasing the episodes online a week before they air.